Most of our knowledge of Viking Age jewellery comes graves and hoards. Because accompanied burials ceased after the conversion to Christianity, we know more about earlier Viking Period jewellery than we do of the later Viking era.

Viking age jewellery tends to be dated according to the art style that is used for decoration.

Gold was used for the most prestigious jewellery, but gold was relatively scare in Scandinavia, so most jewellery was made of silver or gilded bronze. Gold and silver items would have been individually made, but bronze jewellery would have been mass produced, using clay moulds from a single master prototype.

In addition to brooches and buckles, silver neck and arm rings were common items of jewellery. Many were made from melted down silver Arabic coins, and were made to standard weights so that their value was easily assessed.

”Silver arm-rings were by far the commonest products of the Hiberno-Viking tradition…Over one hundred are known from silver hoards in Ireland, where they were sometimes cut into fragments which could later melted down and recycled. Several different types have been identified, the most important in terms of sheer numbers being the broad-band type. Like the neck-rings, they seem to have been manufactured for the storage and circulation of silver, and their target weight of 26.15 grams (0.92 ounces) is very close to the most important weight unit of the lead scale-weights from tenth-century Dublin. Their purity was obviously a matter of concern, because they sometimes display small nicks and pecks, characteristic Scandinavian method of testing for plated forgeries.”

The clothes and jewellery of the Vikings 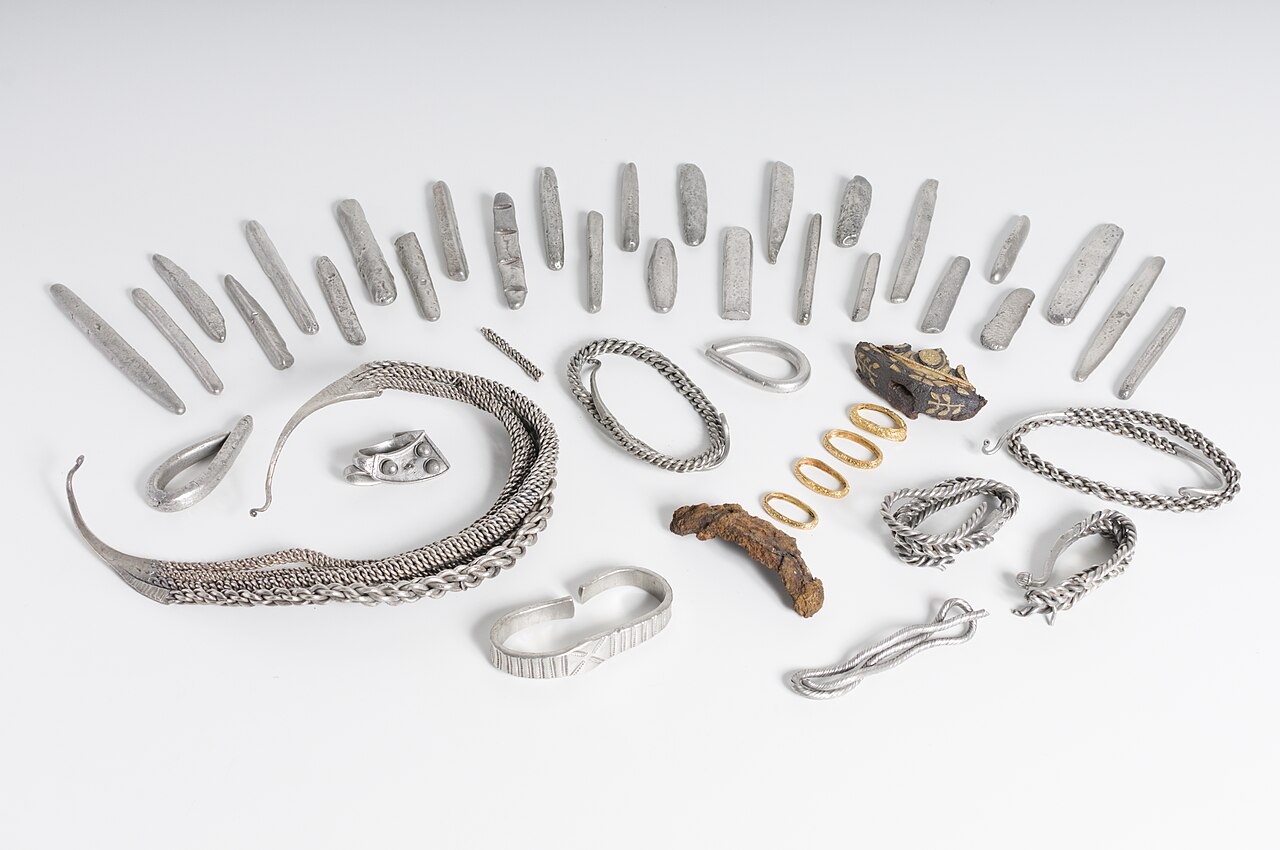 Next Page: The Manufacture of Viking Oval Brooches