In 2008, workmen digging trenches for electrical cables in the Estonian island town of Salme uncovered human bones and a variety of objects that they piled next to their trench.

At first the bones were thought to be from a soldier killed in World War II, but archaeologists realized that the objects dated to the Viking period.

A small team of archaeologists working under Marge Konsa, an archaeologist at the University of Tartu, started excavating and soon found the hull of a ship. . Nearly all of the ship’s timber had rotted away, leaving behind only discolorations in the soil. But 275 of the iron rivets remained in place, allowing the archaeologists to reconstruct the outlines of the 38-foot-long craft.

Eventually, two ships filled with the bodies of warriors were uncovered. These are unusual in that no ship burials have been found this far east, and they differ from the normal ship burials in the fact that they contain so many bodies.

In fact, the burials appear to have been a rushed job with just the bodies being covered with sand.

The clinker-built ships appear to have been constructed AD 650–700, probably in Sweden. The Salme event took place 50–100 years earlier than the Lindisfarne Viking raid of AD 793 and has led to discussion of when the Viking Age began.

“It is an amazing find,” says John Ljungkvist, an expert in Iron Age burials at Uppsala University in Sweden. “It seems like a post-battlefield burial, but carries a lot of elements of a boat burial. They don’t have the time or the logistics to do a regular boat burial, and instead have to make a mass grave.”

It appears that the ships were then abandoned on the beach. Peets and Konsa think a heavy fall or winter storm might have washed up enough sand and gravel to partially fill in and cover the crafts.

Over time, the coastline receded, leaving the boat grave c. 200 metres from the beach and c. 4 metres above the waterline. 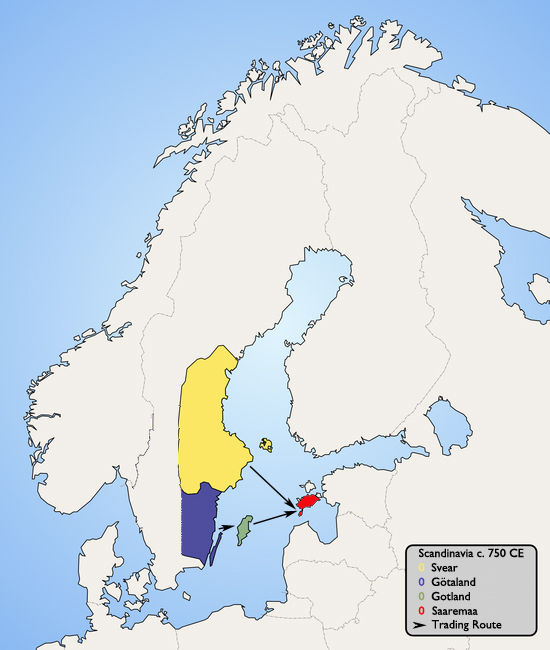 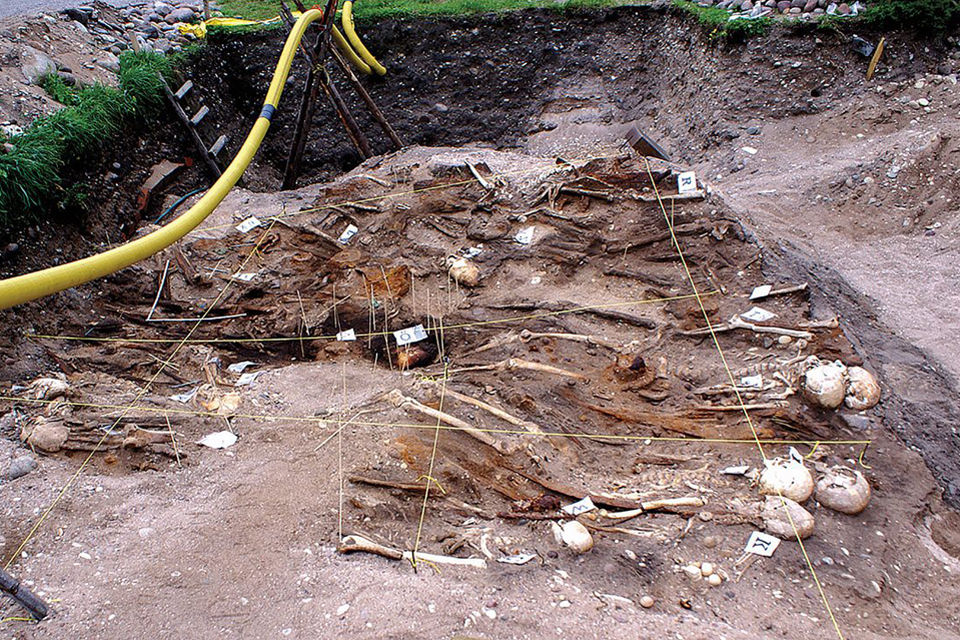 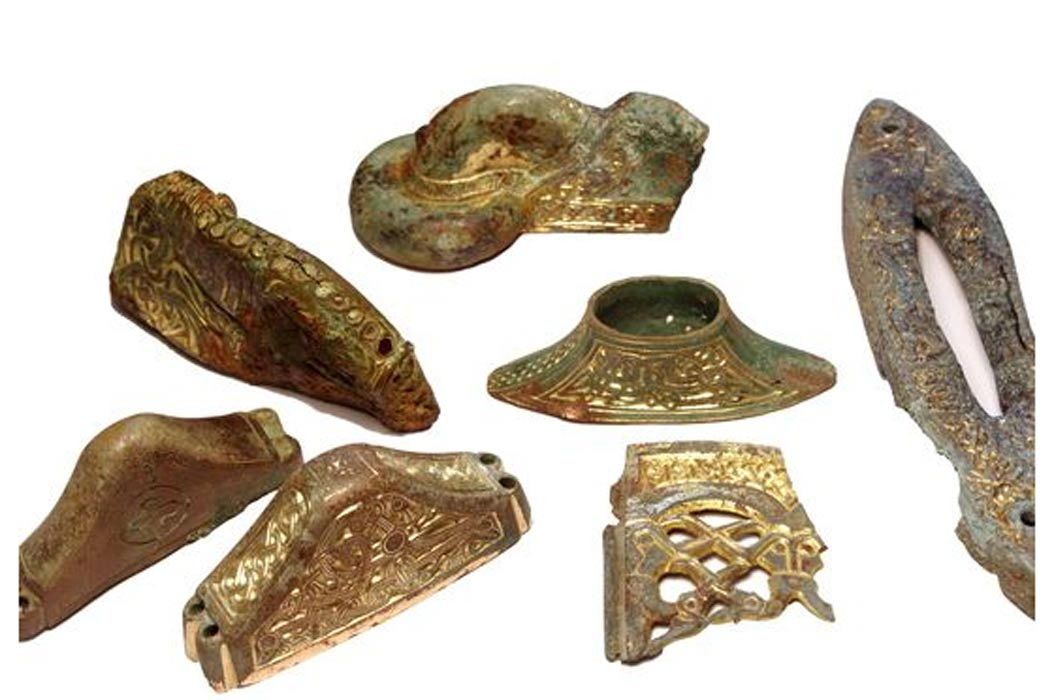 Outline of one of the ships
image: Salme Iaevmatused 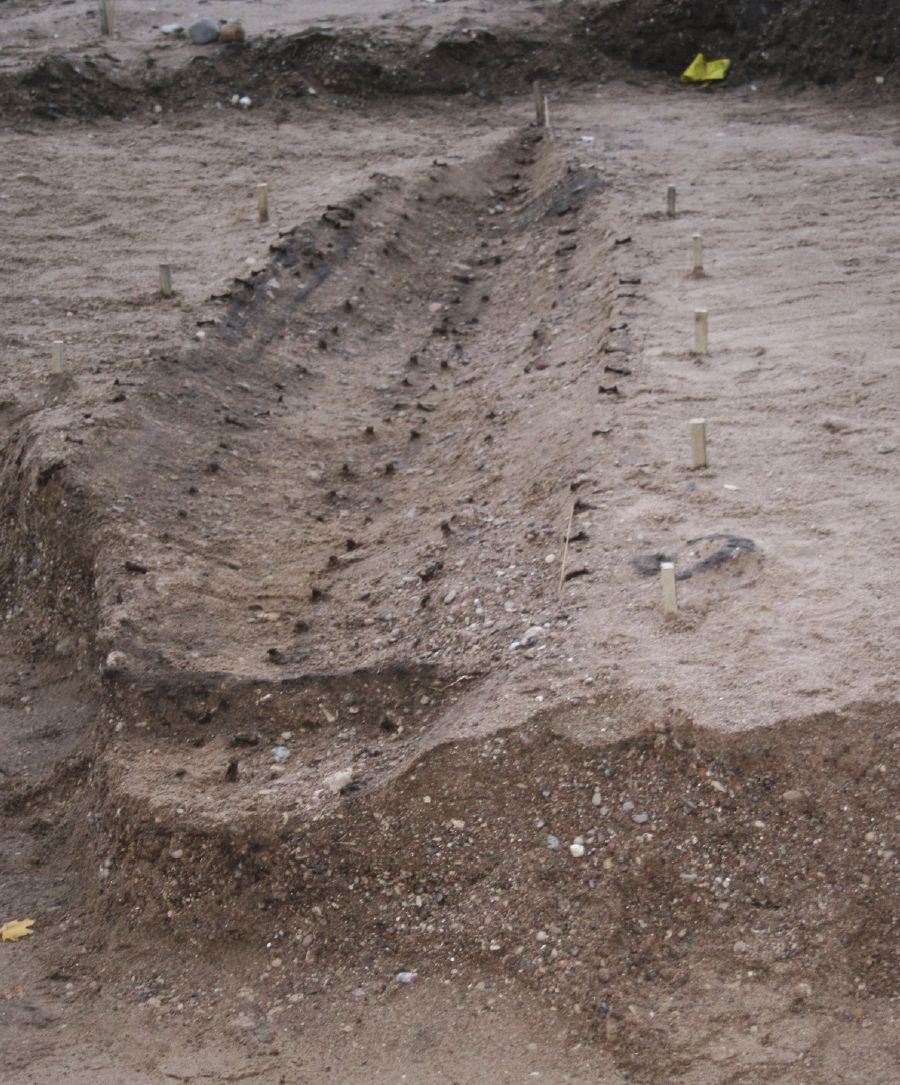 One of the excavated ships
image: Salme muinaslaev