The term seiðr is used to describe actions ranging from shamanic magic (such as spirit journeys, magical healing by removing “spirit missiles” such as elf-shot from the body, magical psychiatric treatment in the form of recovering lost portions of the soul-complex, etc.), to prophecy. The single most characteristic element of seiðr, however, seems to be magic of a type which works by affecting the mind by illusion, madness, forgetfulness or other means. The practitioner of seiðr was known as a seið-kona (seið-wife) or seið-man. However, women were the usual practitioners of seið – it seems to have been viewed as an ‘unmanly’ practice.

Niel Price has pointed out that seiðr was seen as coming from the gods, and he has also pointed out its strong connections with Sámi shamanism:

“From the beginning seiðr was the prerogative of the gods, and it is clear that its origins predate the Viking Age by several centuries (Hedeager 1997). The sources relate how Òðin became the supreme master of sorcery, having learnt of its powers from the goddess Freyja.” 1

“The Vikings are usually understood as part of the Germanic cultures of north-western Europe. However, there is also a sense in which Scandinavia at this time formed a border between the Germanic world and that of the circumpolar, artic cultures – represented in Sweden and Norway by the Sámi people, but ultimately extending around the northern hemisphere through Siberia, northern America and Greenland. It is this vast region that scholars usually locate the origins of what is known as shamanism, a set of spiritual practices that bears a remarkable similarity to the Scandinavian seiðr and its related rituals.” 2

“(Thorbjorg the seiðkonur) was dressed in such wise that she had a blue mantle over her, with strings for the neck, and it was inlaid with gems quite down to the skirt. On her neck she had glass beads. On her head she had a black hood of lambskin, lined with ermine. A staff she had in her hand, with a knob thereon; it was ornamented with brass, and inlaid with gems round about the knob.” 3

A number of staffs of this kind are known from excavation and two graves from Birka, one from Vika, Norway and one from Fyrkat, Denmark show women buried with such staffs. The occupants of these graves have been interpreted as seiðkonur. 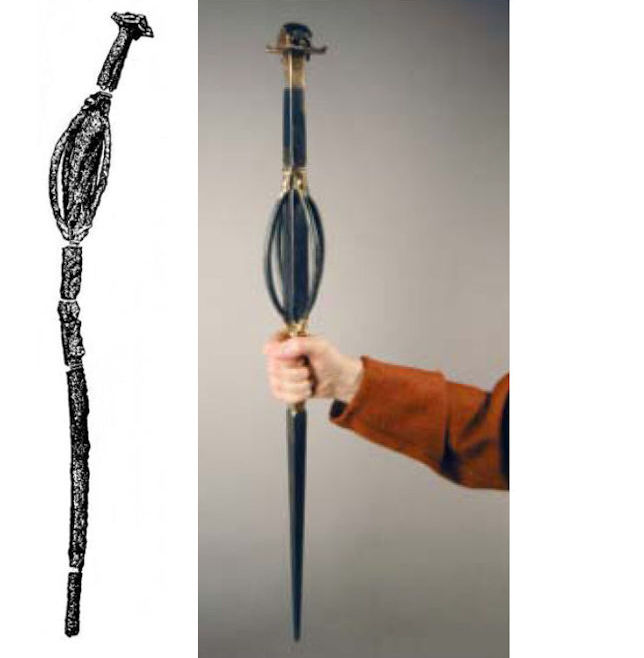 Staff from Klinta, Öland, Sweden
(click on the image to enlarge) 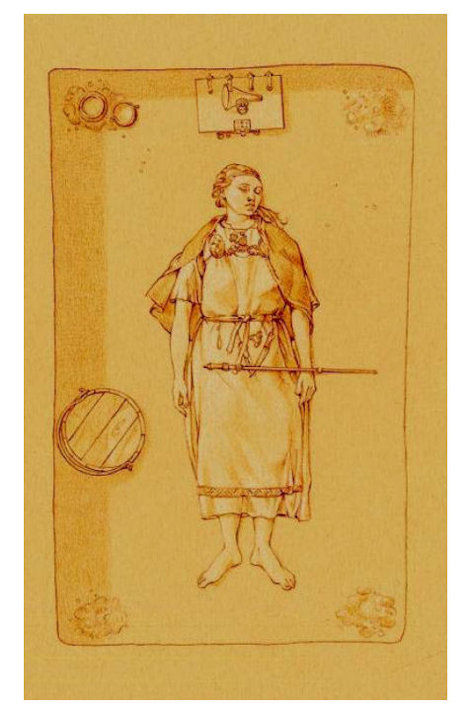 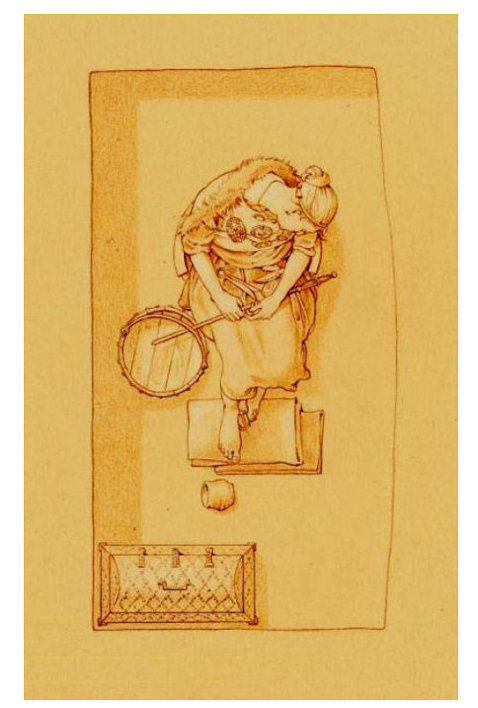 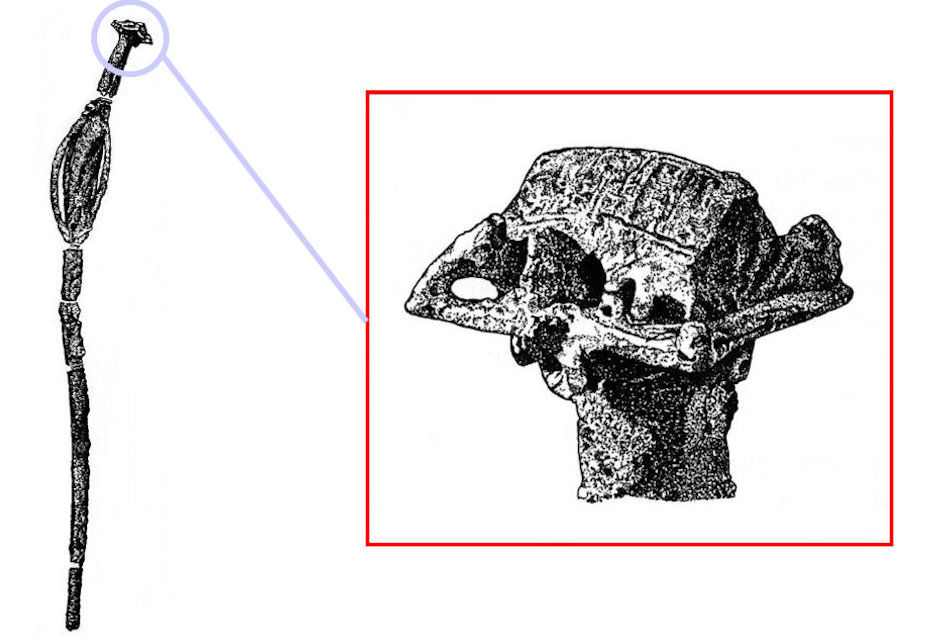 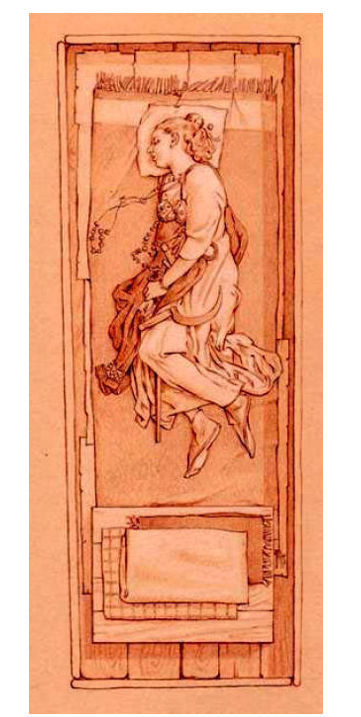 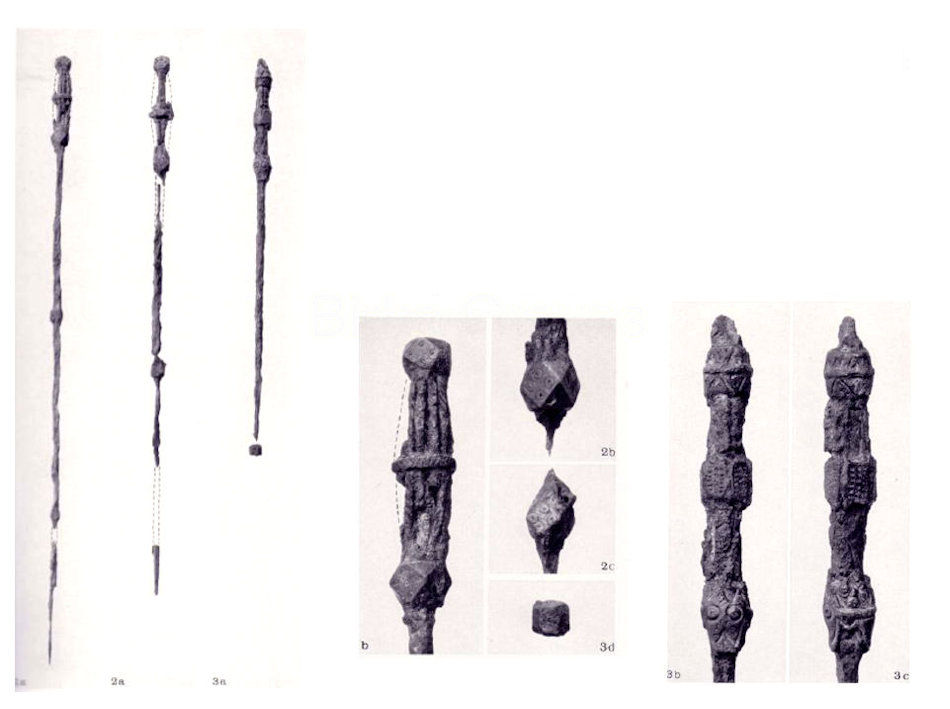 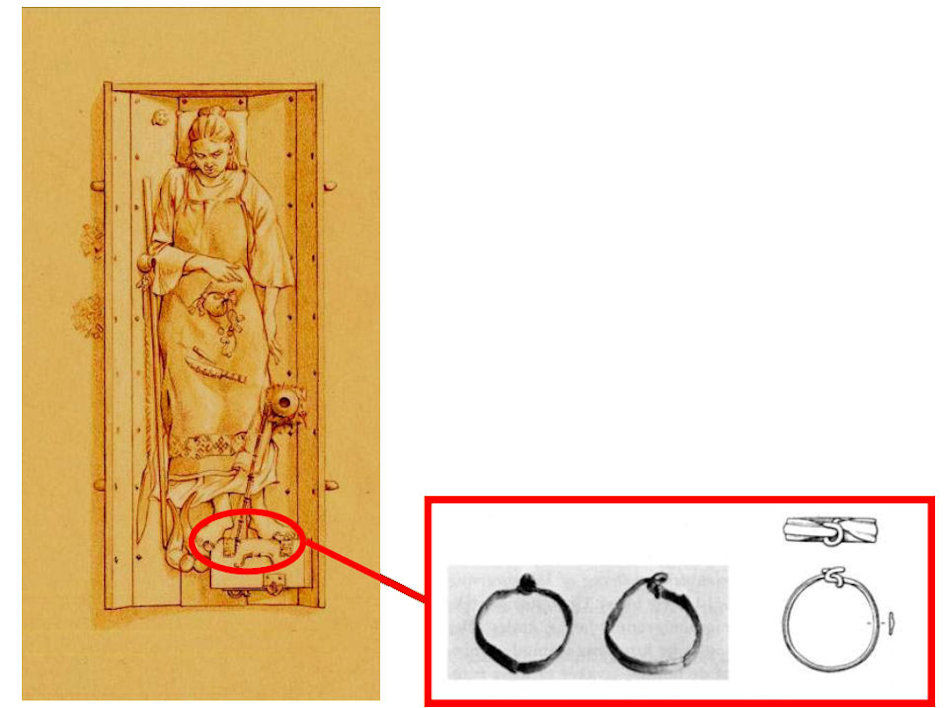