The content of this page originally appeared on the Swedish National Museum Heritage Board’s website, but that page no longer exists.

The Rök Stone is one of Sweden’s most interesting rune stones. A man called Varin erected it in honour of his dead son’s memory in the 9th century. The stone stands beside Röks Church on the plains of the province of Östergötland. Its complicated web of stories continues to baffle scholars.

The Rök Stone stands two and a half metres above ground and around one metre beneath ground. The boulder of pale grey, fine-grained granite probably originates close to where it was found. The surface is strewn with runes; there are around 280 on the front and 450 on the back side. The stone engraver composed the placement of his text so brilliantly that a person standing upright can read the meandering runes. The stone is now protected by a pyramid-shaped roof in the outdoor museum that was established in 1991.

Varin’s contemporaries must have perceived the Rök Stone as a literary and artistic masterpiece. A rune stone carver with a distinct sense of form and ornament has created the decorative text. He also appears to have been a learned poet, familiar with mythic tales and conceptions of the period. It seems like he wanted to put the reader’s acumen and education on trial. Nowadays, scholars agree about how to read the Rök Stone, but not on how to interpret it. The stone consists of convoluted legends, obscure myths and various epics, as well as accounts of Varin’s own family history.

The monumental size and rich ornamentation of the Rök Stone suggests that the man called Varin belonged to an influential family. Furthermore, the appearance of Thor, a pagan God, in the latter part of the text, could be an effort to give a divine legitimacy to Varin and his family. In that sense, the stone served as a memorial of a lost son, as well as a status symbol for the family. 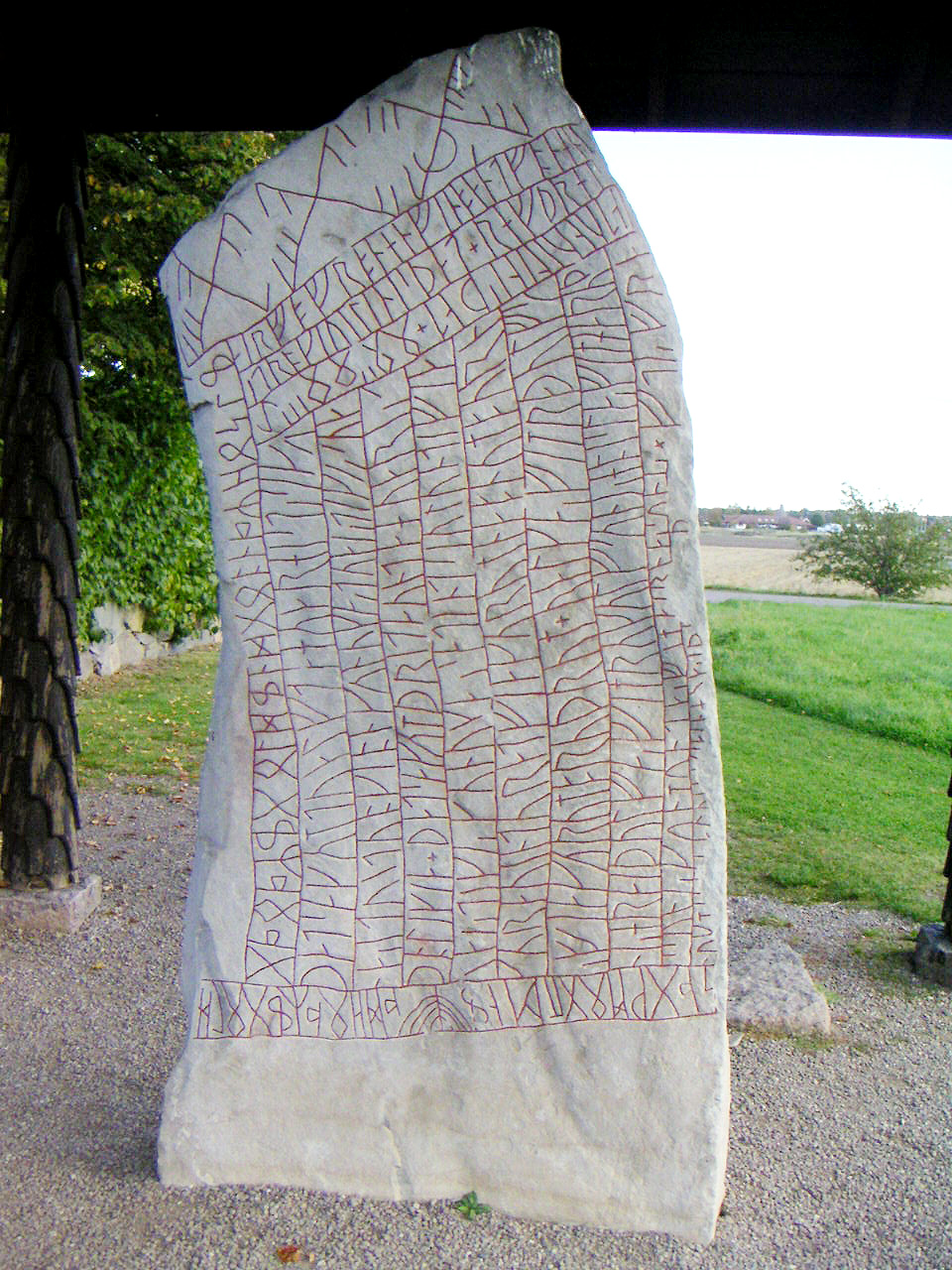 The Rök Runestone Image: Wikimedia Commons
(click on the image to enlarge)