Towards the end of the 11th century, five Viking ships were scuttled to form a blockade in the Peberrende, a natural channel in Roskilde Fjord near Skuldelev, some 20 km north of Roskilde.

In 1962 these ships were excavated and today their remains are displayed in the Ship Museum at Roskilde.

The area where the ships lay was enclosed by a cofferdam and the water pumped out. The first task was to rescue the fish trapped within the dam!

Once the water was pumped out, a system of hoses and pumps was employed to stop the timbers from drying out and disintegrating, but to keep the area dry enough for the excavation to proceed.

The weight of the stones that had been placed in the ships to scuttle them had flatten the timbers and broken them into thousands of pieces. Each piece had to be individually recorded and bagged in polythene to prevent it drying out.

At first it was thought that there were six ships, but as work proceeded, it was realized that ships 2 and 4 were actually part of the same ship (now Skudelev 2 – the great longship).

The five ships excavated represent different types of vessels and have contributed enormously to our knowledge of Viking Age shipbuilding.

Replicas of each of the ships have been built at the Roskilde boatyard, and the replica of Skuldelev 2 – Havhingsten fra Glendalough (The Sea Stallion from Glendalough) – sailed from Roskilde to Dublin and back in 2007 and 2008.

The five excavated ships were: 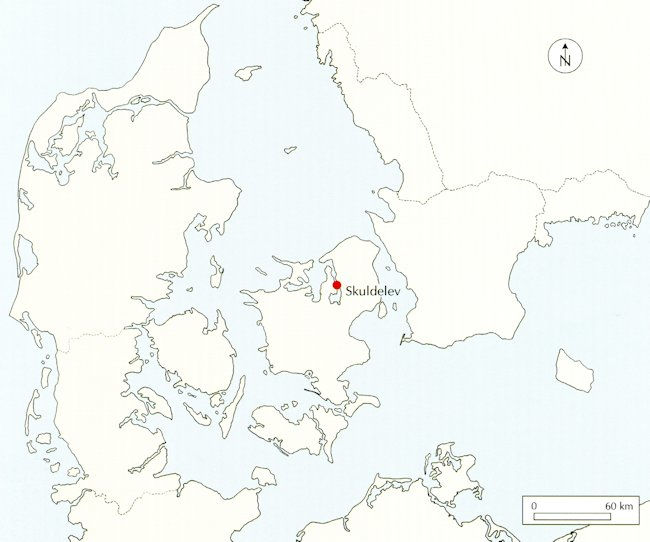 Location of Skuldelev (cick on the image to enlarge) 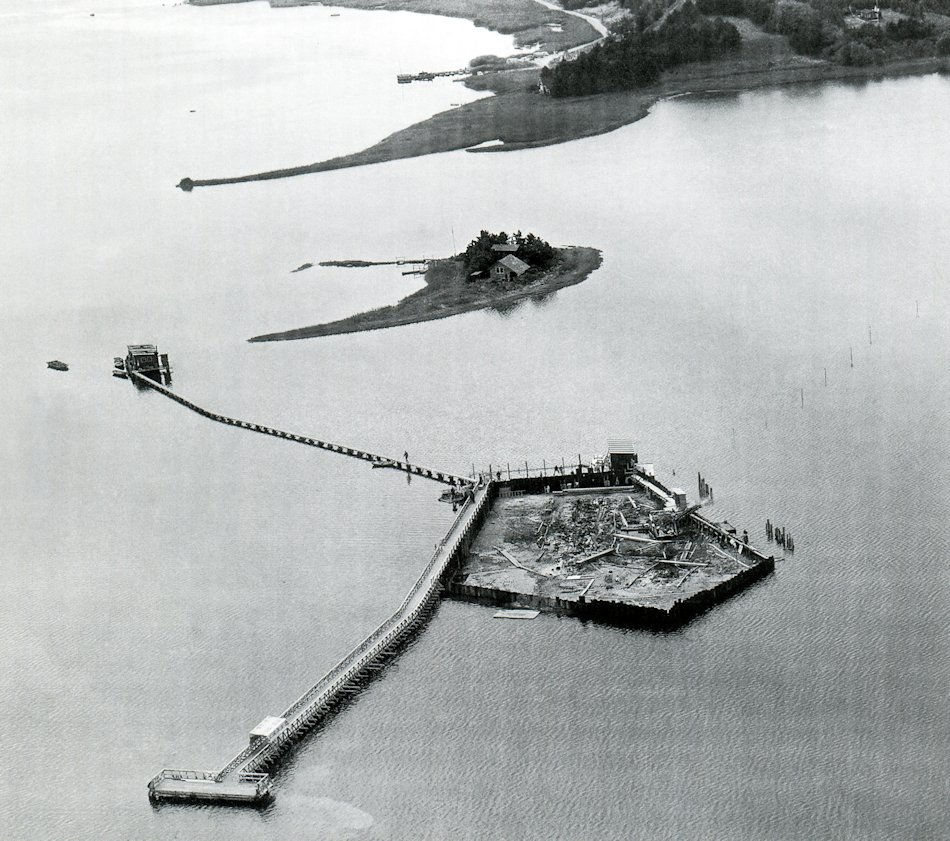 Skuldelev 1962 – The Cofferdam
(cick on the image to enlarge) 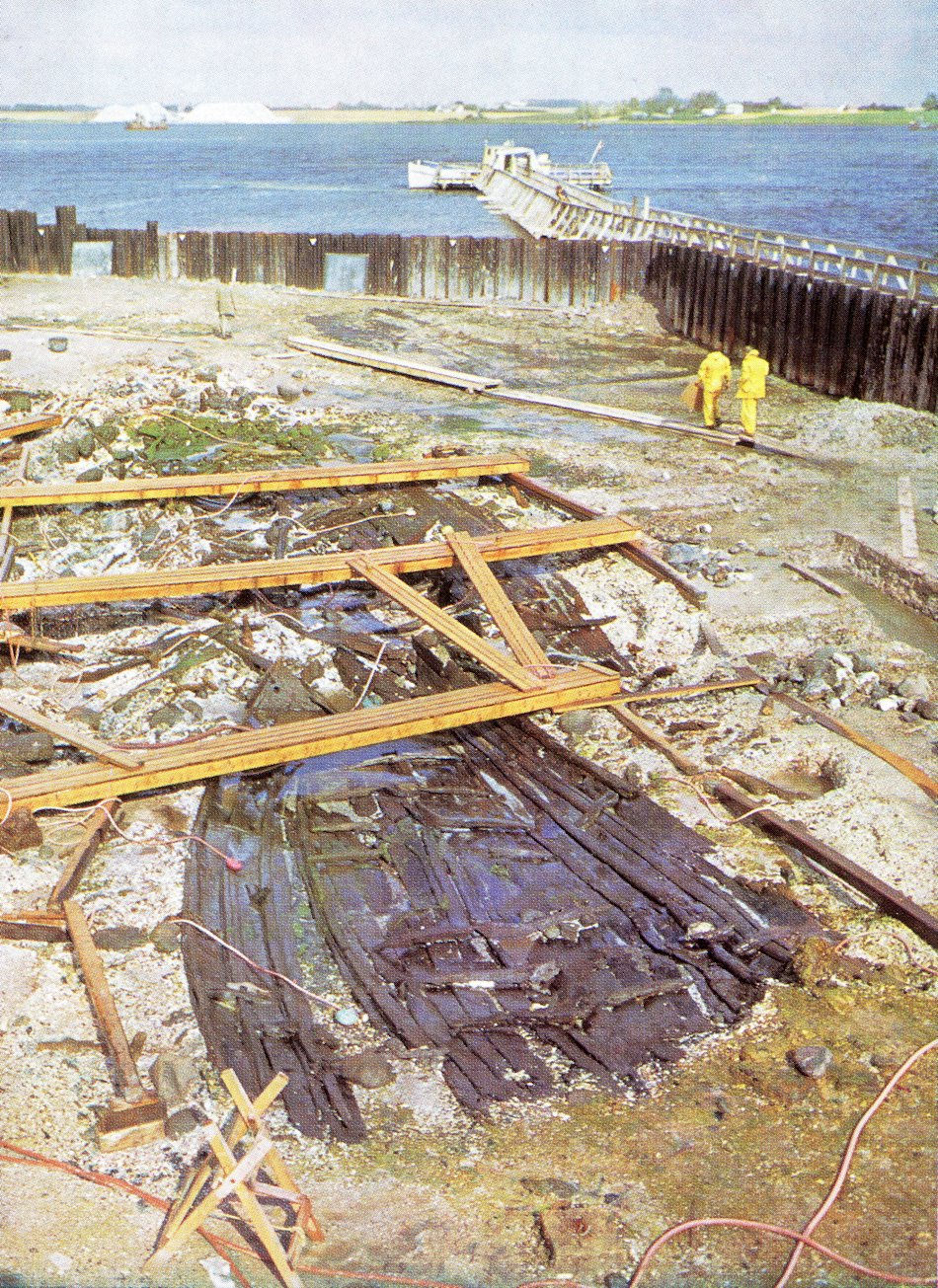 Skuldelev 1962 – The Excavation
(cick on the image to enlarge) 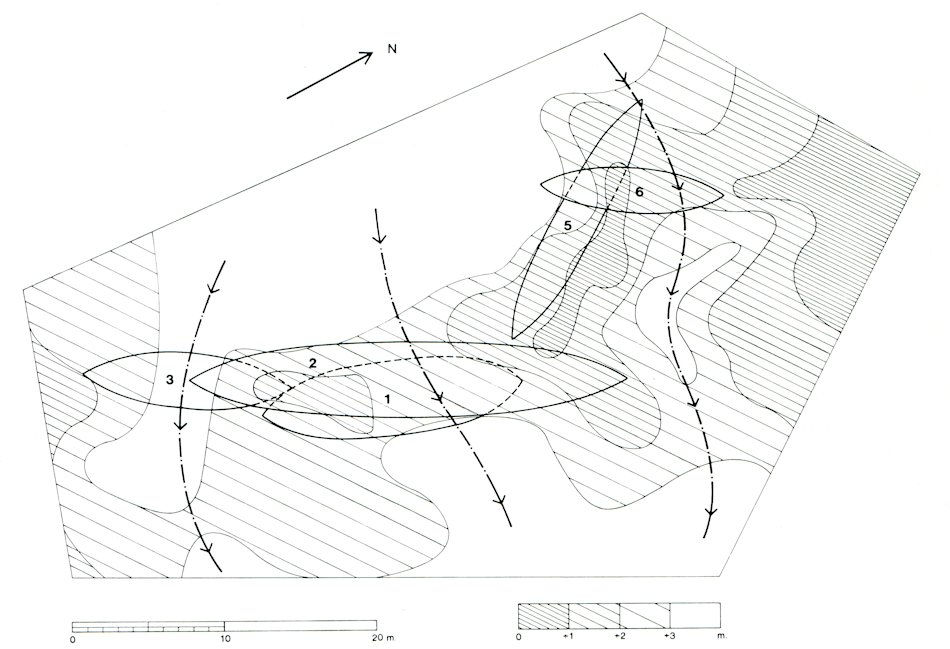 Position of the ships when excavated