This object was found in 1973 during archaeological excavation in Ribe, Denmark.

It consists of a fragment of human skull that was subsequently fashioned into an amulet. It measures circa 6 cm by 8.5cm in size and contains a small hole, which would have allowed it to be worn as an amulet. The object dates from the mid-8th century, a time when Denmark was still pagan. It contains a number of lines of inscribed Runic text which give an insight into the objects original function.

The runic inscription appears to invoke a triple force of protectors to fight a Dwarf. These are Ulf (Wolf), Odin and High-Tyr, who is probably the warrior god Tyr. Alternatively, Ulf/Odin/High-Tyr could be a three-fold name for Odin. 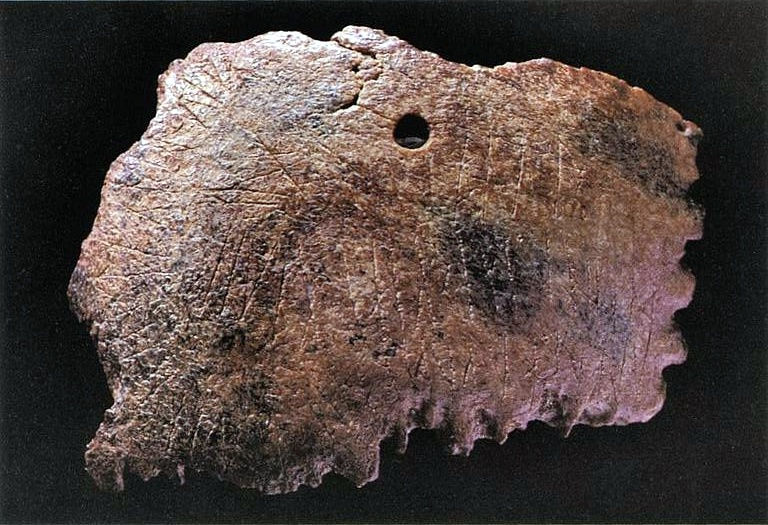 The Ribe Skull Fragment
(click on the images to enlarge)

Ulf and Odin, and High Tyr, is help for Bur, against these pain and Dwarf sword, Bur.

The runes on the Ribe Skull Fragment