The Viking Overwintering at Repton

Repton Site Location
(click on the image to enlarge)

The Anglo-Saxon Chronicle for Anno 874 (actually 873) has the entry:

(This year went the army from Lindsey to Repton, and there took up their winter-quarters, drove the king, Burhred, over sea, when he had reigned about two and twenty winters, and subdued all that land.)

Having taken over the church of St Wystan in Repton, which had achieved the status of a royal shrine because its crypt had been used for Mercian royal burials, the Vikings constructed a huge D-shaped enclosure.

One side of this enclosure was defended by the river Trent, the other sides were defended by earthworks. The tower of the Anglo-Saxon church was used as a gatehouse.

During the Anglo-Saxon period power could be acquired through association with relics, and several accompanied burials were placed adjacent to the shrine of the martyred St Wigstan.

Grave 511
These burials included the grave of a man (Grave 511) who had been killed by a slashing sword cut to his inner thigh, as well as having a sharp object thrust through his eye. It is also possible that he had been disembowelled. He was buried with a sword that had been broken, its scabbard, a knife and a key and he wore a silver Thor’s hammer amulet around his neck. The tusk of a wild boar had been placed between his legs

Outside of the encampment, to the west, the Vikings had desecrated another Anglo-Saxon mausoleum. They levelled the existing two roomed structure and buried an important warrior in the centre of one of the rooms. They placed the bones of at least 250 individuals around this grave and covered it with a mound.

It has been suggested that this charnel deposit, which is 80% male, are the remains of members of the Viking army, together with their camp followers.

This Mass Grave May Belong to ‘Great Viking Army’

The Viking Great Army in England: new dates from the Repton charnel 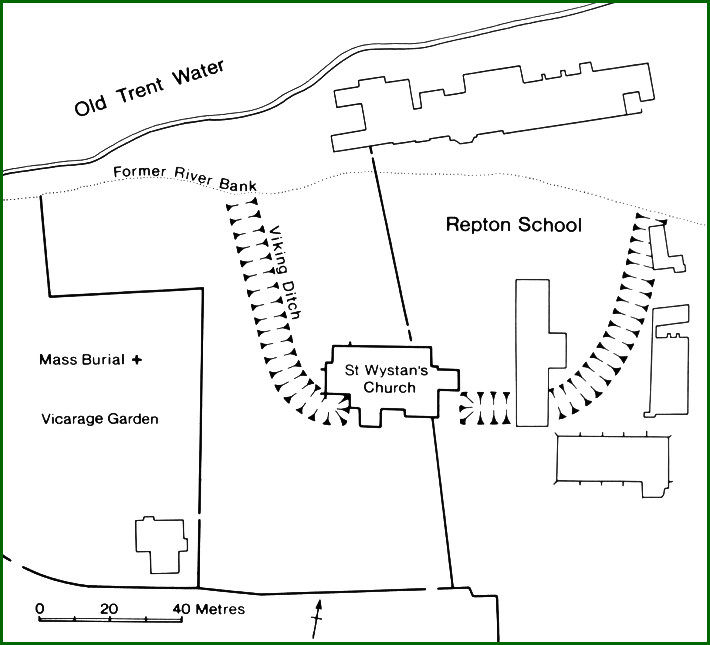 Repton Site Plan
(click on the image to enlarge) 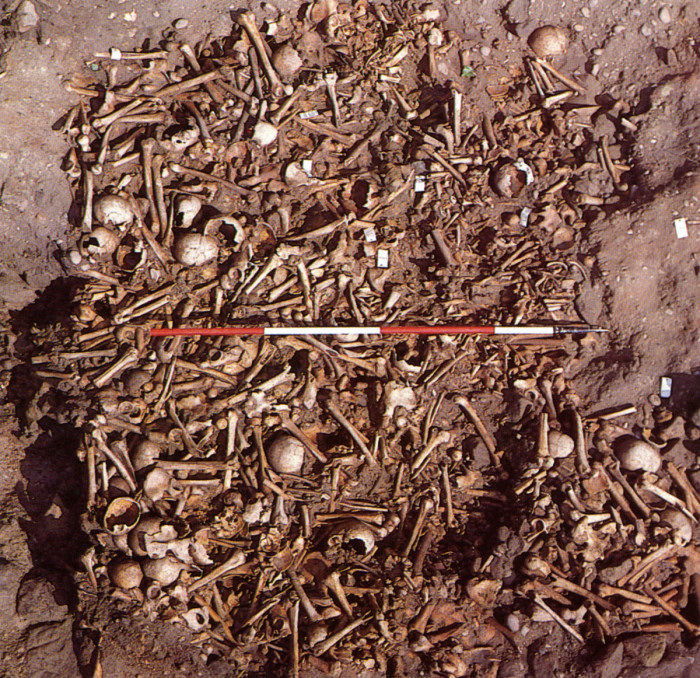 Repton Mass Burial
(click on the image to enlarge) 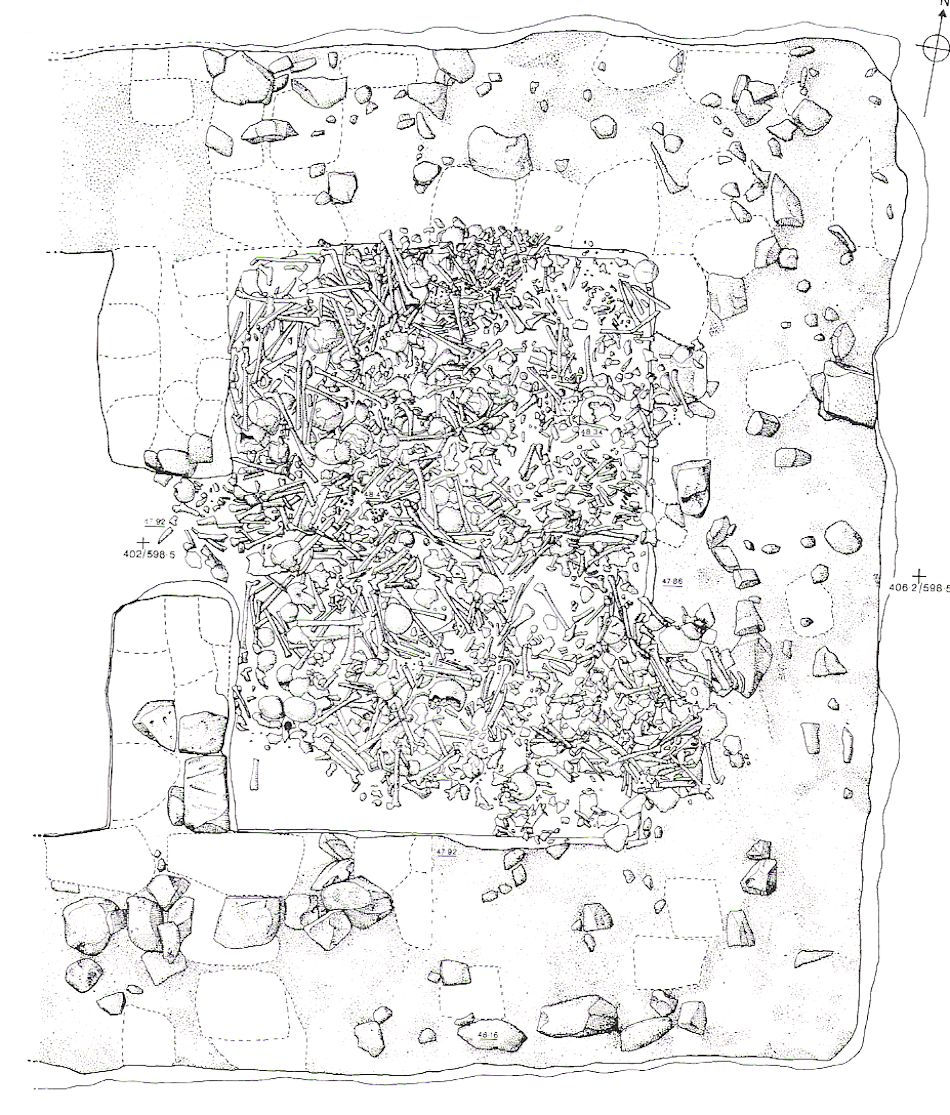 Repton Mass Burial Plan
(click on the image to enlarge)