The original Ockelbo Runestone was found in a foundation wall of the church in 1795. It was removed and stored in the church in 1830, but was destroyed together with the church in a fire in 1904. The present runestone is a copy made in 1932 after drawings and stands outside the church.

The runestone has several illustrations including matter from the Sigurd legends. One shows two men playing Hnefatafl Sigurd is shown killing the dragon at the top of the stone.

Blesa had these fair stone-monuments raised in memory of his son Svarthôfði. Friðelfr was his mother. … 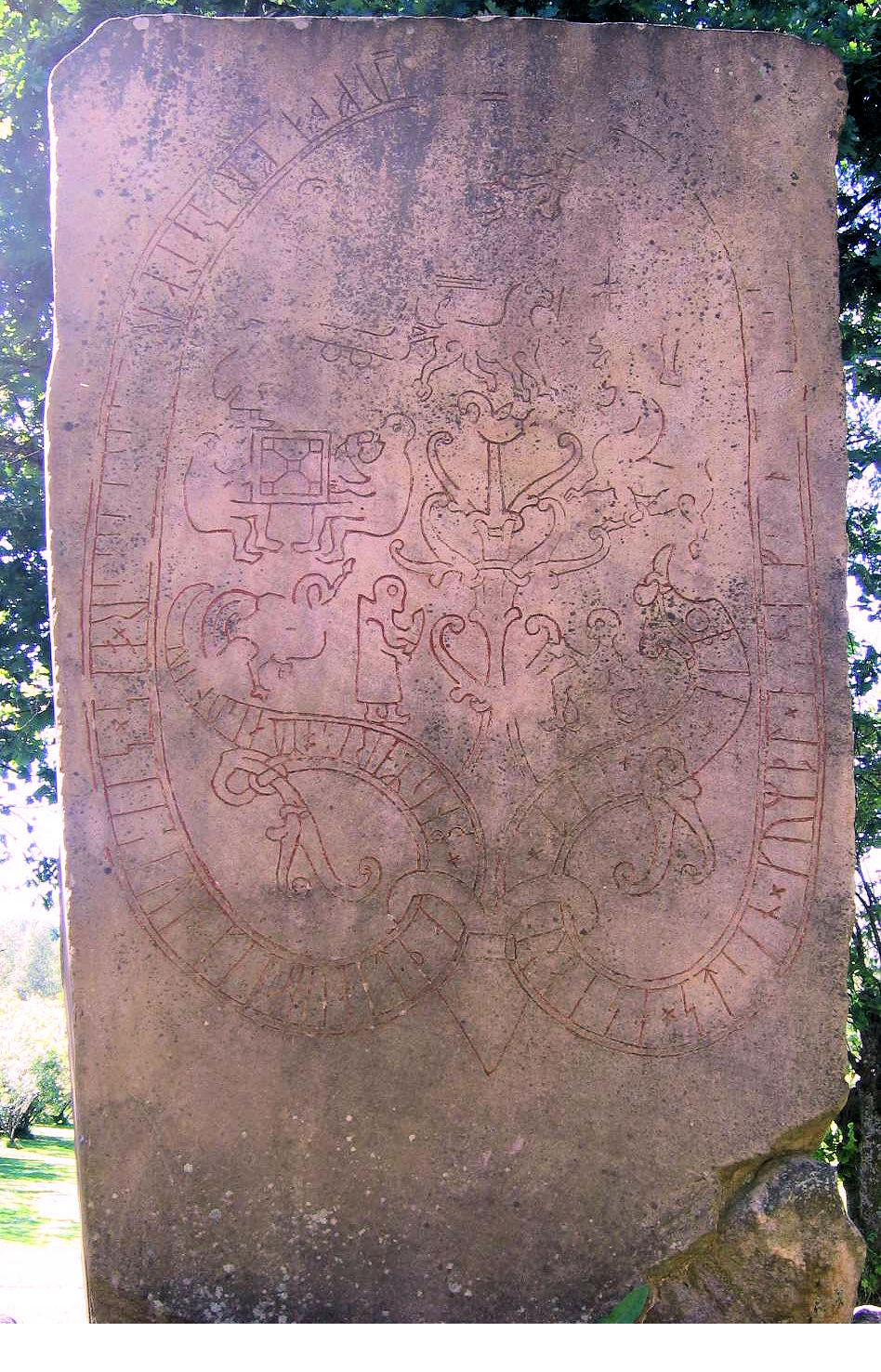 The Ockelbo Runestone
(click on the image to enlarge)