The Vale of York Hoard 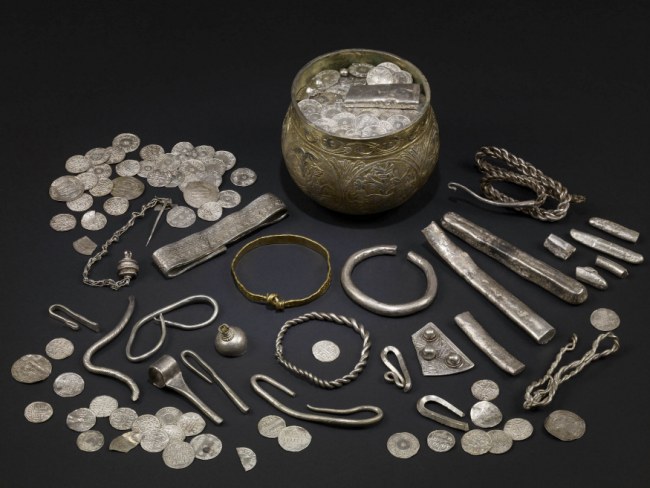 The Vale of York Hoard (previously known as the Harrogate Hoard) was discovered near Harrogate in January 2007. It was an undisturbed tenth-century Viking hoard consisting of over 600 silver coins and other items.

The hoard is the largest to be discovered in western Europe since 1840, when the Cuerdale Hoard was found near Preston in Lancashire

The hoard dates to c.928 AD and includes coins from Samarkand, Afghanistan and Baghdad, and a fragment of a Russian ring, as well as an Irish arm ring. As such, it demonstrates the wide range of contacts in the Viking world.