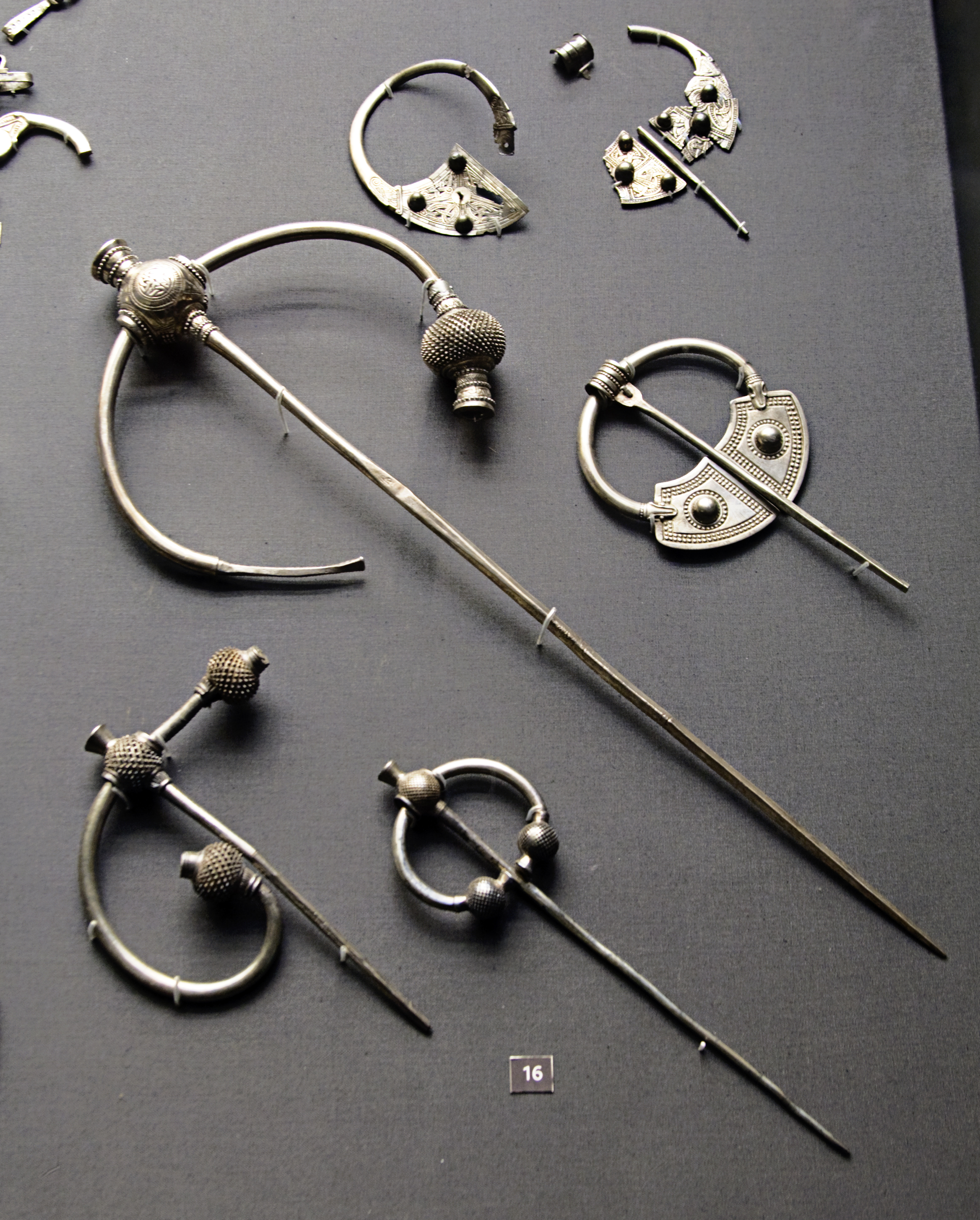 The Penrith Hoard is an assumed dispersed hoard of 10th century silver penannular brooches which were found at Flusco Pike, Newbiggin Moor, near Penrith. The location of these finds was already known in the 18th century as the ‘Silver Field’ which suggests that earlier finds, now lost, had been made.

The largest “thistle brooch” was discovered in 1785 and another such brooch in 1830. Most of the rest of the objects were discovered in two groups, situated close by each other, by archaeologists in 1989. One group consisted of five brooches, with fragments of two more, the other bgroup consisted of more than 50 objects, including silver ingots, coins, jewellery and hacksilver. It is likely that the hoard became dispersed through the action of ploughing.

The hoard dates to the 10th century. Several of the objects suggest an Irish connection, which has led to the suggestion that the hoard may be linked to the events of 927. 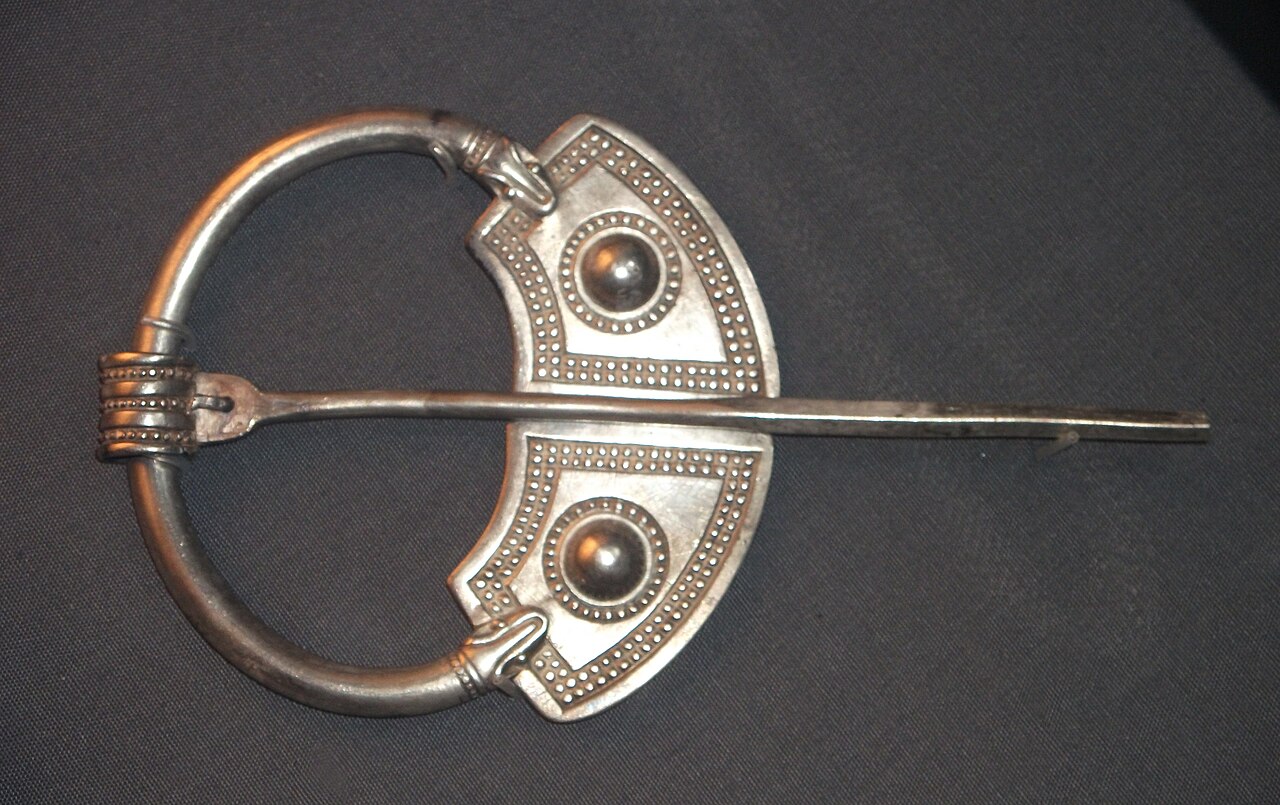 Penannular brooch with “gripping beasts” connecting the ring to the terminals.
A runic futhark is scratched on the reverse. Image: Wikimedia Commons
(click on image to enlarge)