The Drävle Runestone was found in Drävle, but in 1878 it was moved to the courtyard of the nearby manor house, Göksbo.

The stone depicts Sigurd thrusting his sword through the serpent, and the dwarf Andvari, and the Valkyrie Sigrdrífa giving Sigurd a drinking horn. There is also a stylised Christian cross. 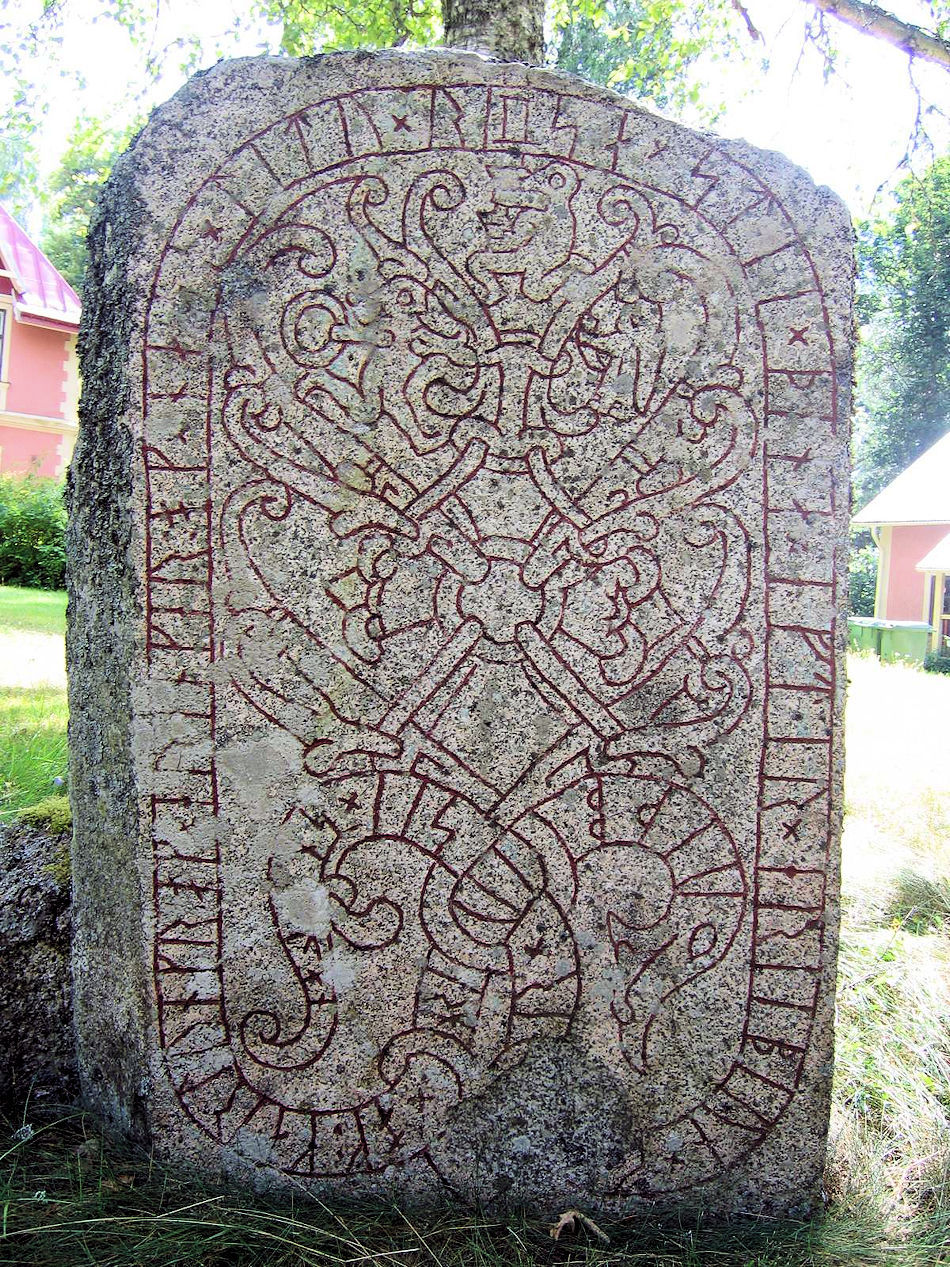 The Drävle Runestone
(click on the image to enlarge)