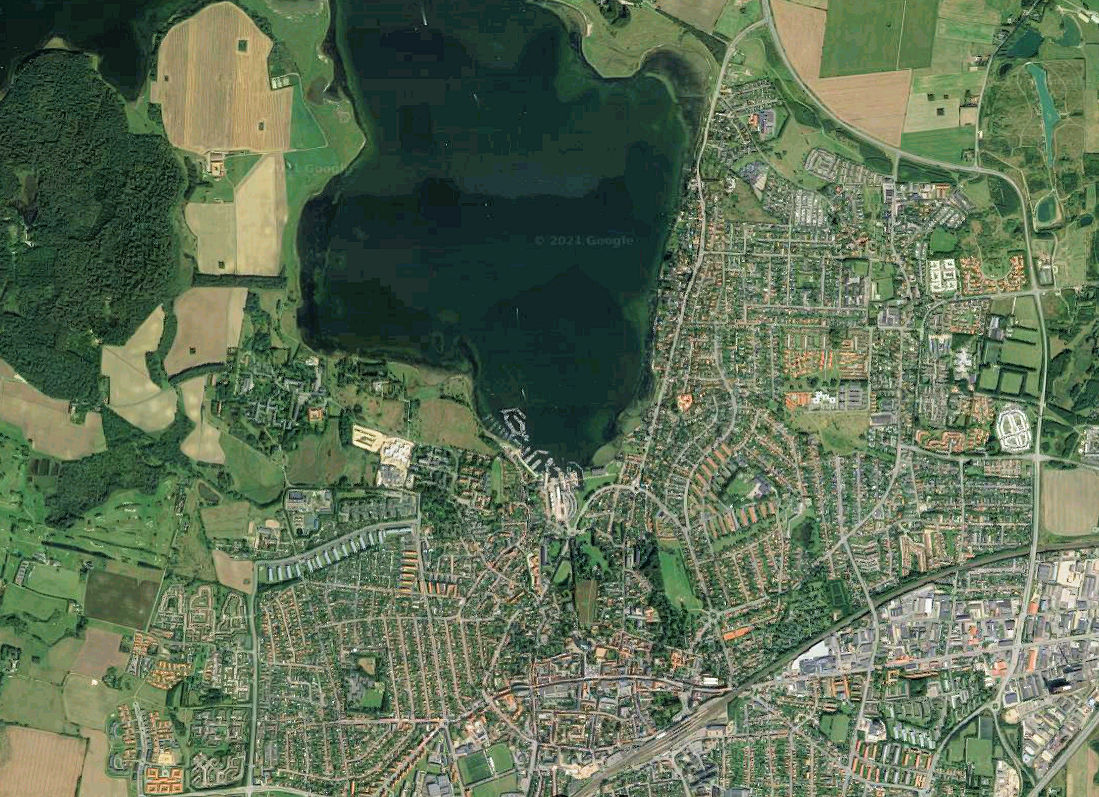 From the eleventh century until 1443 Roskilde was the capital of Denmark. According to Adam of Bremen and the Saxo Grammaticus the town was founded by Harald Bluetooth c.980 AD. Harald is also claimed to have been the founder of the first wooden church build in Roskilde.

Roskilde developed into a hub of international trade which enjoyed trading privileges under King Eric II (1134 to 1137). These privileges were reinstated in 1268 when other towns in Zealand were granted market town status.

Towards the end of the eleventh century, five Viking ships were sunk in the Peberrende, a natural channel in Roskilde Fjord near Skuldelev, some 20 km north of Roskilde as part of a process of restricting access to this important site.

You can read more about the excavation, recovery and display of these ships at Five Viking Ships from Roskilde Fjord. 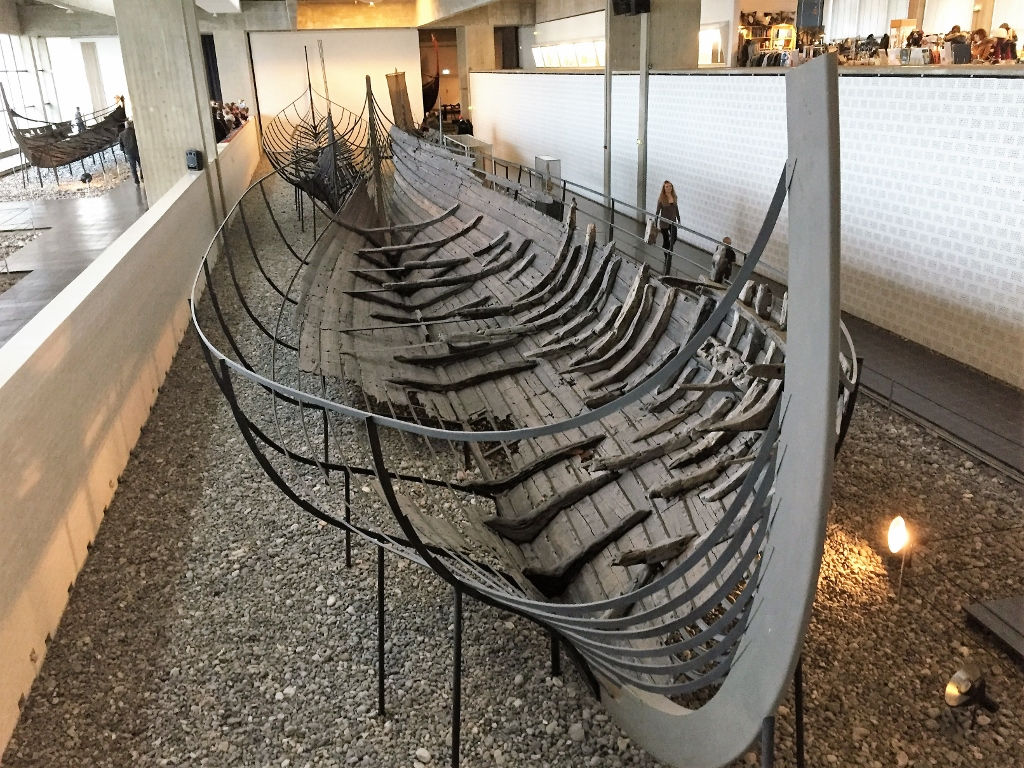 One of the vessels displayed in the Viking Ship Museum at Roskilde.
image: David Beard