The Early Medieval Church at Seydisfjordur 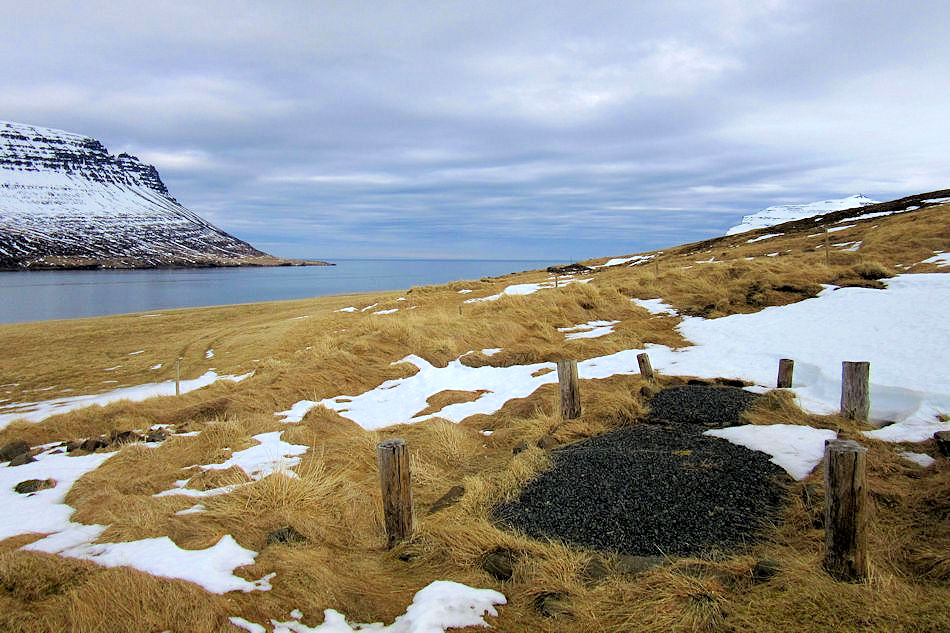 Becoming Christian: A Matter of Everyday Resistance and Negotiation

The early Christian church site at Þórarinsstaðir in Seyðisfjörður, East Iceland, is an example of how religious buildings and their belongings reflect both ecclesiastical and worldly contacts in early medieval Europe.

The site was excavated in 1998–1999 and revealed, for what was then the first time in Iceland, a timber-constructed church building of two phases, dated to the early and late 11th century (Kristjánsdóttir 2004, pp. 84–95). Interestingly, the church buildings at Þórarinsstaðir appeared to be of the same form of construction as that characterizing many of the earliest churches found in Viking settlement areas in Northern Europe: an early type of stave church, here called a post church, notably one built of timber with earth-dug corner posts.

The earlier church was small and measured 4.8 x 2.7 m including the choir. When this burned a new one was erected measuring 6.4 x 4 m. Both phases were rectangular in shape, with a square choir and six corner posts each. These posts were sourced from driftwood, including Siberian Larch, Scots pine, Swiss stone pine and spruce. Excavations further revealed that this particular church could boast of three stone crosses and an altar-stone made of green porphyry. (Also known from Hvammur). Such stones were quarried in Greece and distributed and probably distributed from Cologne or Trier). The altarstone from Þórarinsstaðir measured 2.5 cm x 5.5 cm x 6.3 cm and is possibly only a fragment. It was found near the eastern post and is a definite sign that the building was used as a church.

Around the church was a churchyard with a number of burials. The women were buried to the north and the men to the south of the church, while the children were grouped around the choir.

The church was a remarkable new feature in the landscape, concludes Steinunn Kristjánsdóttir, who stresses the fact that it was constructed of timber – a highly scarce resource on an Island rapidly being depleted of the remains of its ancient forests. She also explores the shift in the interior allocation of space inside the Icelandic houses, which were carried out at the same time, and which signals a less communal way of life. It appears that the Icelanders rapidly “Christianised” their physical surroundings in the 11th century following international norms.

Since this church was excavated, at least three other post churches were discovered in Iceland. Others were built using turf and stones. Intensive studies in Skagafjördur have demonstrated that such small churches were built on nearly all Icelandic farms in the 11th century following the formal conversion to Christianity. “What is particularly noteworthy is how similar the early post-churches found in Northern Europe are in construction”, writes Steinunn Kristjánsdóttir. It is as if a standard plan had been circulating in this early Christianisation period.

But what was the point behind the erection of these private churches, which seem to have been so abundant in the countryside?

“The diverse appearances of church buildings, iconography and altered burial practices have commonly been used to exemplify the expansion of Christianity in early medieval Europe. Less emphasis has been placed on how the common European dealt with the Christian transformation in daily life, perhaps because of the tendency in research to distinguish ritual actions from secular”, concludes Steinunn Kristjánsdóttir and continues:

“To become Christian did not necessarily entail greater religiousness or deeper religious devotion but centred rather on how people synchronized their everyday lives, both religious and secular, in accordance with Christian doctrine and the laws imposed by the Roman Church. However, social transformations do not emerge exclusively from political or administrative institutions, such as the Church or other ruling authority; they also emerge interactively, through the general public, who are equally capable of exercising power by taking part in societal discourse.”

As such the church at Þórarinsstaðir should perhaps be foremost understood as the powerful expression of a local magnate, bent on furnishing his farm with a new “spiritual home” and signalling his conversion to Christianity, but rather witnessing to his continued involvement in the cultural networks spanning the northern Viking diaspora. As such, It is argued “that to become Christian was a simultaneous ecclesiastical and worldly transformation taking place at all levels of medieval European society”. 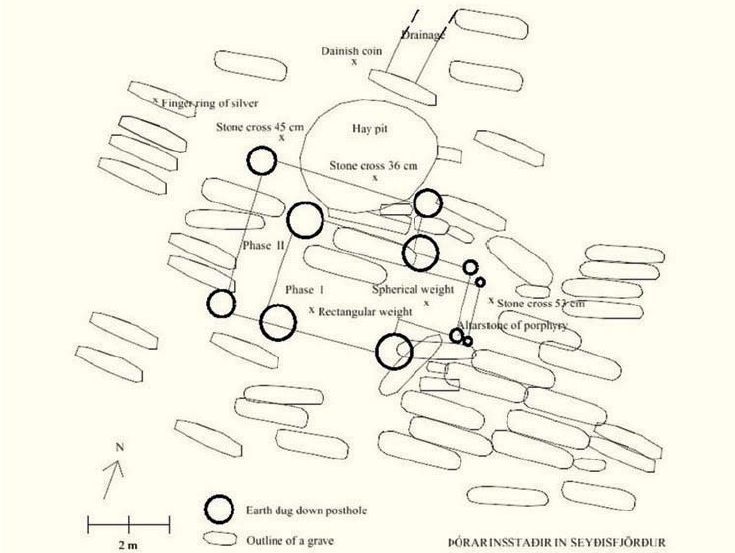