The Viking Raid on Lindisfarne in 793

The Anglo-Saxon Chronicle entry for 793

“This year came dreadful fore-warnings over the land of the Northumbrians, terrifying the people most woefully: these were immense sheets of light rushing through the air, and whirlwinds, and fiery dragons flying across the firmament. These tremendous tokens were soon followed by a great famine: and not long after, on the sixth day before the ides of January in the same year, the harrowing inroads of heathen men made lamentable havoc in the church of God in Holy-island, by rapine and slaughter.”

The famous scholar Alcuin of York was at the court of Charlemagne when he heard of the raid on Lindisfarne. He wrote to Higbald, Bishop of Lindisfarne, saying:

“When I was with you, the closeness of your love would give me great joy. In contrast, now that I am away from you, the distress of your suffering fills me daily with deep grief, when heathens desecrated God’s sanctuaries, and poured the blood of saints within the compass of the altar, destroyed the house of our hope, trampled the bodies of saints in God’s temple like animal dung in the street…”
Letter from Alcuin to Higbald, Bishop of Lindisfarne

For Alcuin, this devastating attack was retribution from God for the sins of the people, for he went on to write:

“What security is there for the churches of Britain if St Cuthbert with so great a throng of saints will not defend his own? Either this is the beginning of greater grief or the sins of those who live there have brought it upon themselves.” 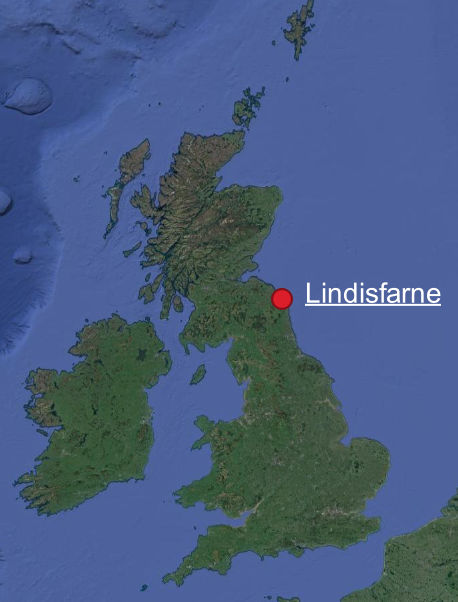