The Language of the Vikings

Like the majority of European languages Old Norse, the language of the Vikings, is descended from a common ancestor referred to by linguists as Proto Indo-European (PIE). The origins of PIE lie with the Yamnaya Culture (Russian Ямная культура – literally ‘Culture of Pits). The Yamnaya Culture (also known as Pit Grave culture or Ochre Grave culture) was a Late Copper Age to Early Bronze Age culture of the Pontic Steppe dating to c. 3300–2600 BC 1.

Listen to The Sound of the Proto Indo European language

Migrations of the Yamnaya Culture

The early Yamnaya Culture spread quickly across the Pontic–Caspian steppes between c. 3400 and 3200 BC.

According to David Anthony: “The spread of the Yamnaya horizon was the material expression of the spread of late Proto-Indo-European across the Pontic–Caspian steppes.” 2

He goes on to write: “The spread of the Yamnaya horizon was the material expression of the spread of late Proto-Indo-European across the Pontic–Caspian steppes” 3. 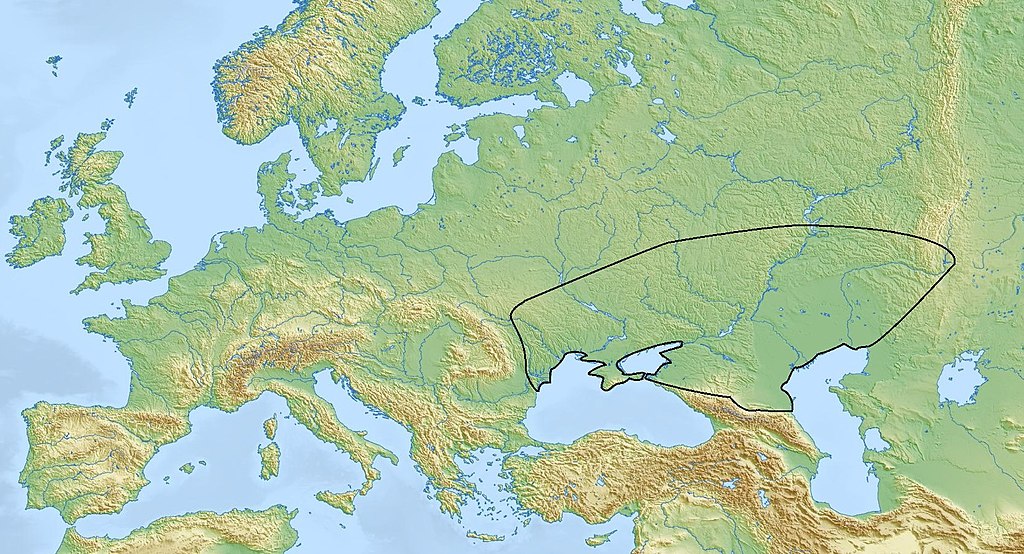 Map of the Yamnaya culture  image: Wikimedia Commons
(click on the images to enlarge)

Indo-European languages are divided into the Centum and the Satem Branches. The Centum-Satem split refers to an isogloss (a geographical boundary line marking the area in which a distinctive linguistic feature commonly occurs) which formed as the proto Indo-European speakers spread to the West (Centum) and to the East (Satem) an exception being Tocharian. The names come from the developments of the PIE word for “one hundred” representative languages of each group (Latin “centum” and Avestan “satem”).

The Centum-Satem isogloss explains the evolution of the three dorsal rows reconstructed for PIE in the daughter languages. This is shown in the accompanying table.The Centum group includes Italic, Celtic, Germanic, Greek and possibly a number of minor and little known extinct groups (such as Ancient Macedonian, Venetic and probably the Illyrian languages).

The Satem group includes Indo-Iranian, Armenian, Balto-Slavic, Albanian, and perhaps also a number of barely documented extinct languages, such as Thracian and Dacian.

The following tables show the modern descendants of the Centum- Satem split. 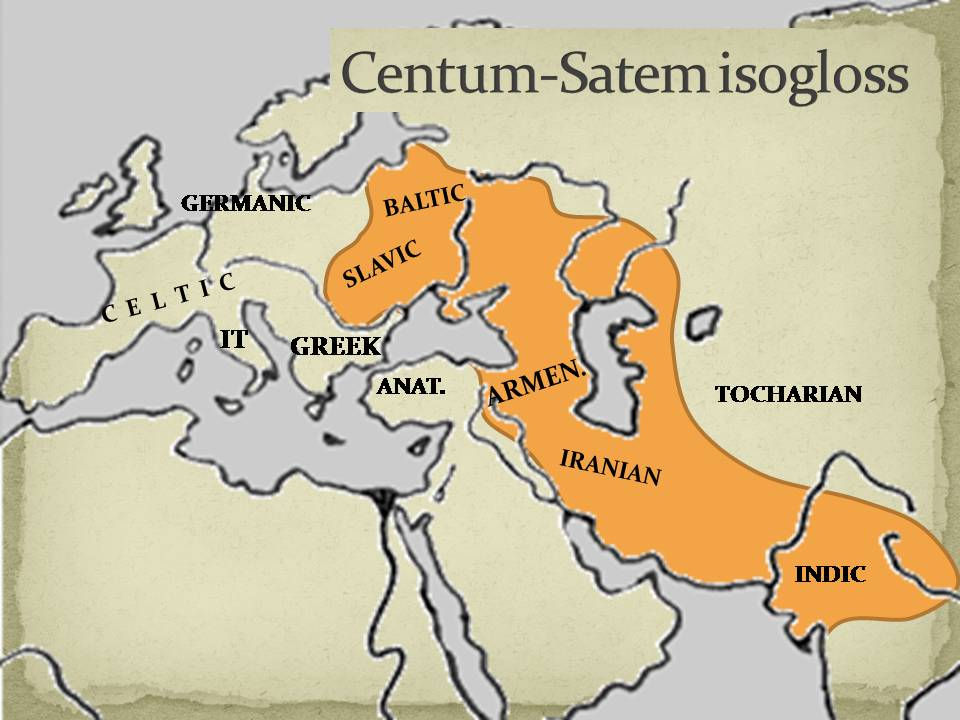 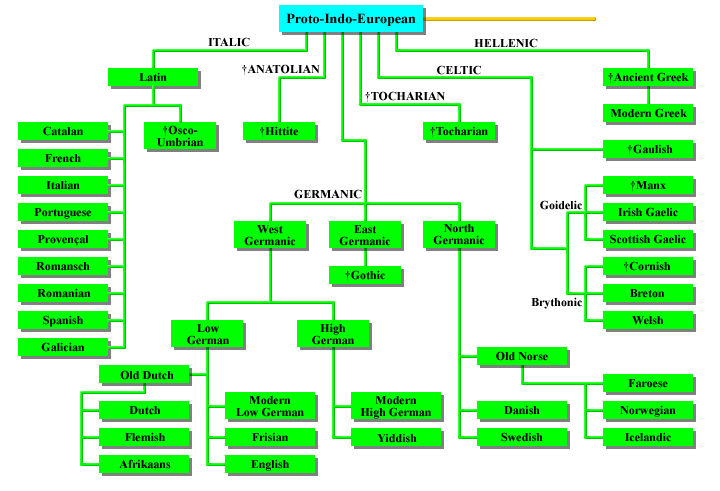 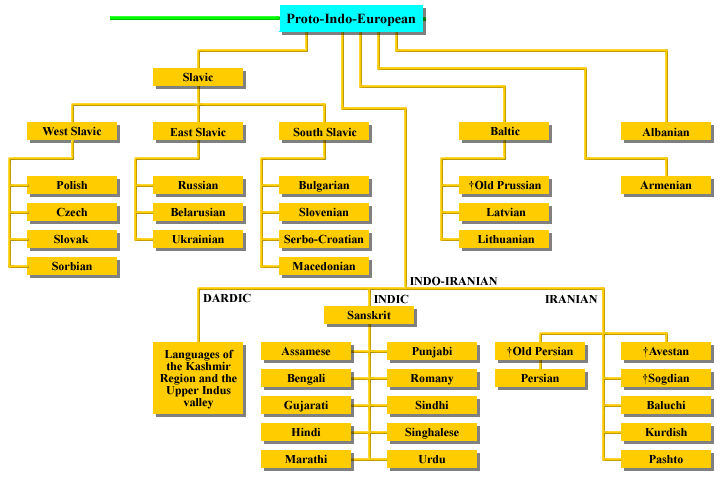 Proto-Germanic is one of the branches of languages that developed as Proto-Indo-European speakers moved westward into Europe. It probably originated in southern Scandinavia or on the mainland, somewhere around Denmark and the Elbe River. Presumably around 1000 BC there was a relatively small tribe of people who spoke Proto-Germanic.

Stress in Proto-Germanic tended to be on the first syllable of the word, like ‘enemy’ or ‘catapult’. That is not a stress that all languages make. Having stress on the first syllable leaves the endings particularly vulnerable because they are pronounced with so little stress. That means that you would expect that, in Proto-Germanic, endings are going to be delicate. In most Indo-European languages the cases are indicated with endings. The result was that cases began to fall away in Proto-Germanic, because they were so vulnerable. As a result, Proto-Germanic did not have as many case endings as some other Indo-European languages.