The Gök inscription, which has a width of 2.5 meters and a height of 1.65 meters, consists of runic text on two serpents that surround much of the Sigurd imagery. The imagery is similar to that on the Ramsund carving, but a Christian cross has been added and the images are presented in no logical order.

Sigurd is shown below the lower serpent, stabbing up at it with his sword. The other images include a tree, the horse Grani, a bird, the head of Regan and a headless body, the roasting of the dragon heart, and Ótr.

Th runic inscription has not been satisfactorily transcribed or translated. 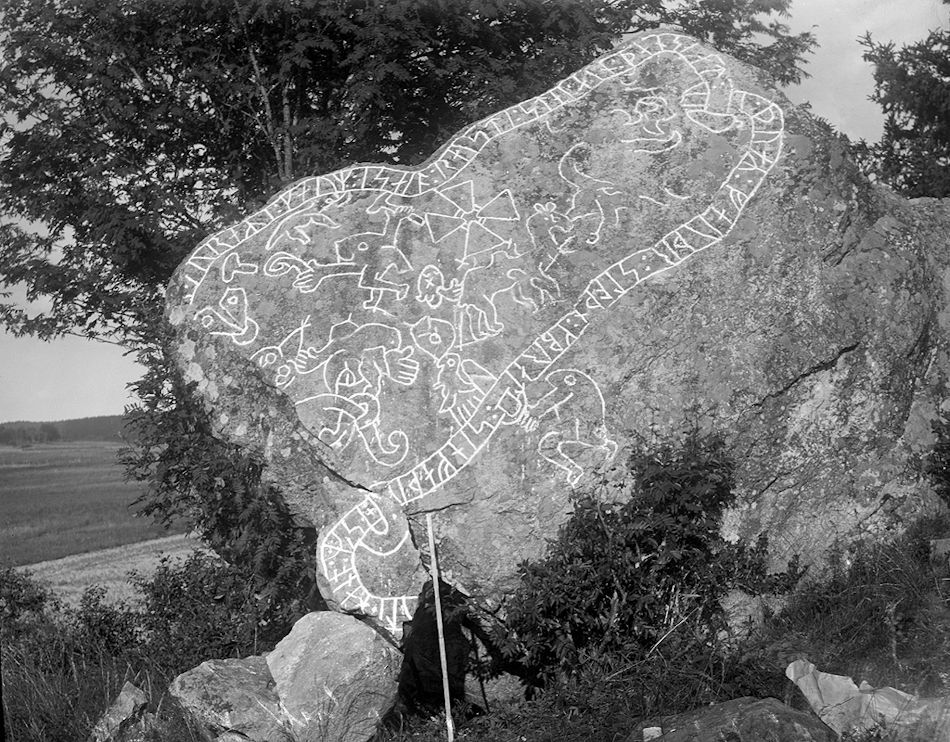 The Gök Runestone
(click on the image to enlarge)