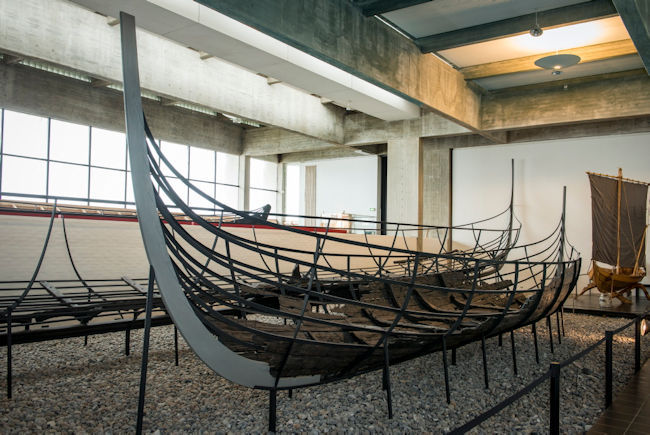 Skuldelev 6 is a fishing boat, built in the Sognefjord area in western Norway – at the same time and place as the ocean-going trader Skuldelev 1. It was orginally used for fishing in the deep Norwegian fjords, but was then increased with a plank in each side.

During the alteration, the original rowlocks were removed and the number of oars reduced. The conversion presumably meant that the ship was used more for transport along the Norwegian coast.

The Viking Ship Museum’s two reconstructions of Skuldelev 6, Kraka Fyr and Skjoldungen, is on display at the museum harbour.