The Vikings in Wales

Wales, situated between the Viking kingdoms of Ireland and the Danelaw, was certain to receive attention from Viking raiders, especially from the Hiberno-Norse kingdoms of Dublin and Limerick. As was the case with Ireland, Wales at the time of the raids was divided into a number of warring small kingdoms, which made concerted resistance against the Vikings difficult. However, also as with Ireland, the fragmented political structure meant thar it was difficult for the invaders to establish a permanent large-scale presence in the country. Wales did not significant Viking settlement compared to England.

There was a Norse colony on either side of Milford Haven in South Pembrokeshire, and another settlement on the coastal plain between Neath, Cardiff, and Newport. There may also have been a Norse colony on the Gower Peninsula.

The first recorded Viking raiders in Wales were from Norway, already known to the Irish as the Finn Gaill (white/fair foreigners). In 854 the Welsh chronicles speak of another type of Viking – the Danes – whom the Irish called the Dubh Gaill (black foreigners). The Welsh sources used a number of terms for them:

871 AD The Irish Annals record that Óláfr Cuaran and Ívarr Beinlausi returned to Dublin after their raids against the Strathclyde Welsh, Albans, and Saxons with two hundred ships and English, Welsh, and Pictish captives to be sold into slavery.

1088 AD Rhys ap Tewdwr, King of Deheubarth in South Wales, was exiled from his country by the sons of Bleddyn. Rhys fled to seek asylum in Ireland, and there Rhys employed a fleet of Norse-Irish warriors to restore him to his throne, paying them with many captives for sale as slaves. Returning to Wales with his Norse allies, Rhys conquered the usurper at Penlecheru or Llych crei. Gruffydd ap Cynan again raids Wales with his Norse warriors, looting in the Norman territories of Rhos and Tegeingl, capturing cattle and men for slaves. Later the same year, Gruffydd again raided Wales, landing under Great Orme’s Head with three ships full of Norse warriors. Robert of Rhuddlan was awakened from sleep in his castle of Deganwy and told that the Norse raiders were taking the cattle from the fields and enslaving women and children. With no time to raise his own levies, Robert rushed to the landing point accompanied by only one knight. The gesture was a fatal one, as Gruffydd’s men captured and killed him, spiking his head on the lead ship.

1098 AD Norman earls invaded Gruffydd’s lands. The Normans, led by the Earls of Chester and Montgomery, were joined by traitorous Welshmen from Tegeingl, who led the Normans across the Welsh border. Gruffydd was forced to retreat to the defendable island of Anglesey. Gruffydd ap Cynan allied with the Hiberno-Norse to protect his lands in Wales from the Normans invading from North Wales, and received sixteen longships full of Norse warriors. The Normans, led by Hugh, Earl of Chester, persuaded the Danes to desert to the Norman side of the conflict in return for payment in slaves, however failed to keep their promise to the raiders:
The perjured traitors of Danes who had betrayed Gruffydd were expecting the promises which Hugh had given them, and captives of men, women, youths and maidens; and he paid them like a faithful man to an unfaithful, confirming the divine ordinance, for he had succeeded in collecting all the toothless, deformed, lame, one-eyed, troublesome, feeble hags and offered them to them in return for their treachery. When they saw this they loosened their fleet and made for the deep towards Ireland.

1143 or 1144 AD Cadwgan ab Owain Gwynedd hired Norse mercenaries from Ireland to combat his brother Owain. However, when the Norse arrived in Wales, they found that the brothers had reconciled. To ensure that they were paid as contracted, the Norsemen seized Cadwgan and held him for ransom, receiving 2,000 slaves to release him. 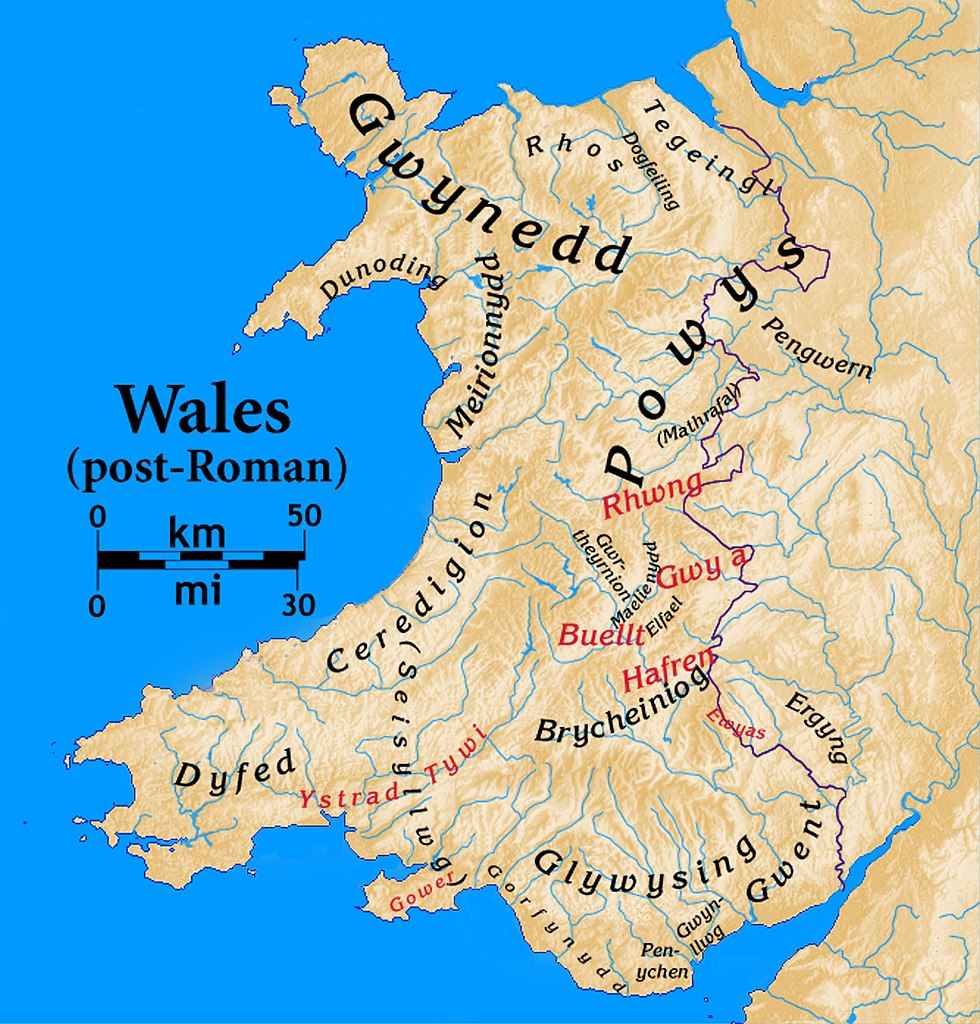