Images relating to various themes in the Sigurd legend appear on seven runestones in Sweden and a runic rock carving at Ramsund in Sweden.

There is also a Romanesque baptismal font from Norum in Sweden which has a depiction of Gunnar in the snake pit.

A picture stone from Hunninge in Gotland has scenes which have also been interpreted as being from the Sigurd legend. 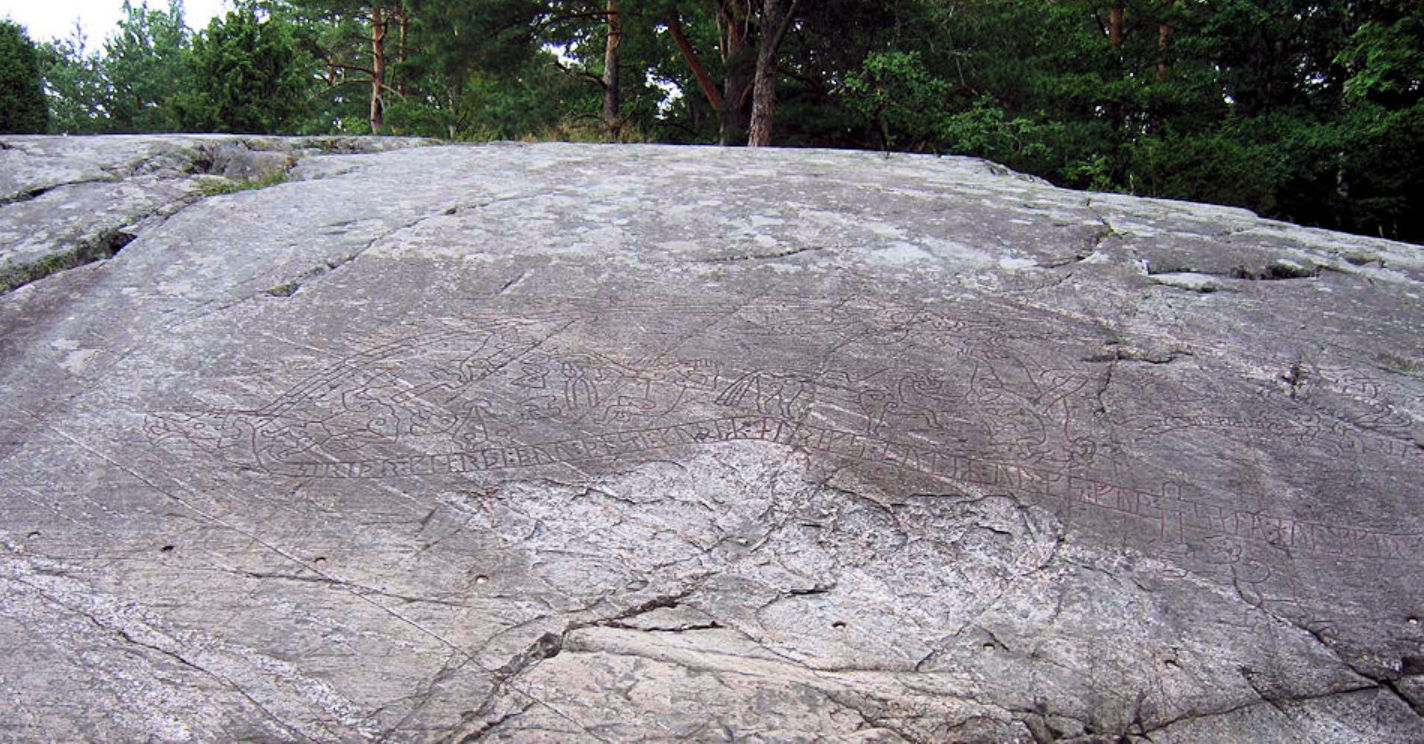 It is interesting that many of these objects are from a Christian context and show that in some way the Sigurd legend had found a place in Christian iconography.

Commenting on this, James Graham-Campbell writes:

” Although the famous hero Sigurd had business with the gods, he was not himself a pagan deity and his legendary exploits, as related in the Völsunga Saga, were thus suitable for portrayal in Christian contexts. Indeed, Sigurd the Volsung, as slayer of the ‘dragon’ (serpent) Fafnir – guardian of a hoard of gold – could be interpreted in a Christian context as a hero overcoming evil. At the same time, the fate of Sigurd, who by his acts gained the (cursed) gold and brought about his own death, could be construed as containing a Christian moral – the possession of great wealth is in itself no guarantee of good fortune.”

Next Page: Sigurd Stones in Sweden