According to Professor Brigit Maixner of the Department of Archaeology and Cultural History, NTNU University Museum:
“The silver fragments date back around 1,100 years to the eighth and ninth centuries — during the Viking Age, which lasted for about 200 years between the ninth and 11th centuries. The fragmentation of the objects suggests that these pieces were not just personal belongings but were also used as money. Vikings operated under a so-called bullion economy rather than a bartering economy, which means that rather than trading good-for-good, such as a sheep for a cow, they traded pieces of precious metals at set weights for goods. Minted coins were not commonly used in Norway until the late ninth century.
“The 46 silver fragments weigh 1.5 ounces (42 grams), or about the weight of a golf ball. Maixner said that based on what we now understand of the Vikings’ value system, the silver was worth a little more than half a cow — quite valuable for a time when owning five cows was about average for a medium-size farm.
“While the silver fragments may have once been used by Vikings, Maixner isn’t sure how the treasures ended up in Norway. The Arabic coins, which was the main source of silver in Scandinavia during the Viking Age, are older than what is usually found in Norway. Archaeologists usually find Arabic coins from the ninth and 10th centuries in Norse treasure, but these coins are from the eighth century. And the silver bracelet looks more like jewellery that’s typically found in Denmark.
“The fact that this person had access to an entire broad banded bracelet, which was primarily a Danish item, might suggest that the owner had been to Denmark before traveling to this area in mid-Norway,” Maixner said.
“As for why or how the treasure ended up in the field, no one can say, Maixner said. Perhaps the owner was stashing it to retrieve later, or was leaving it as an offering to the gods.” 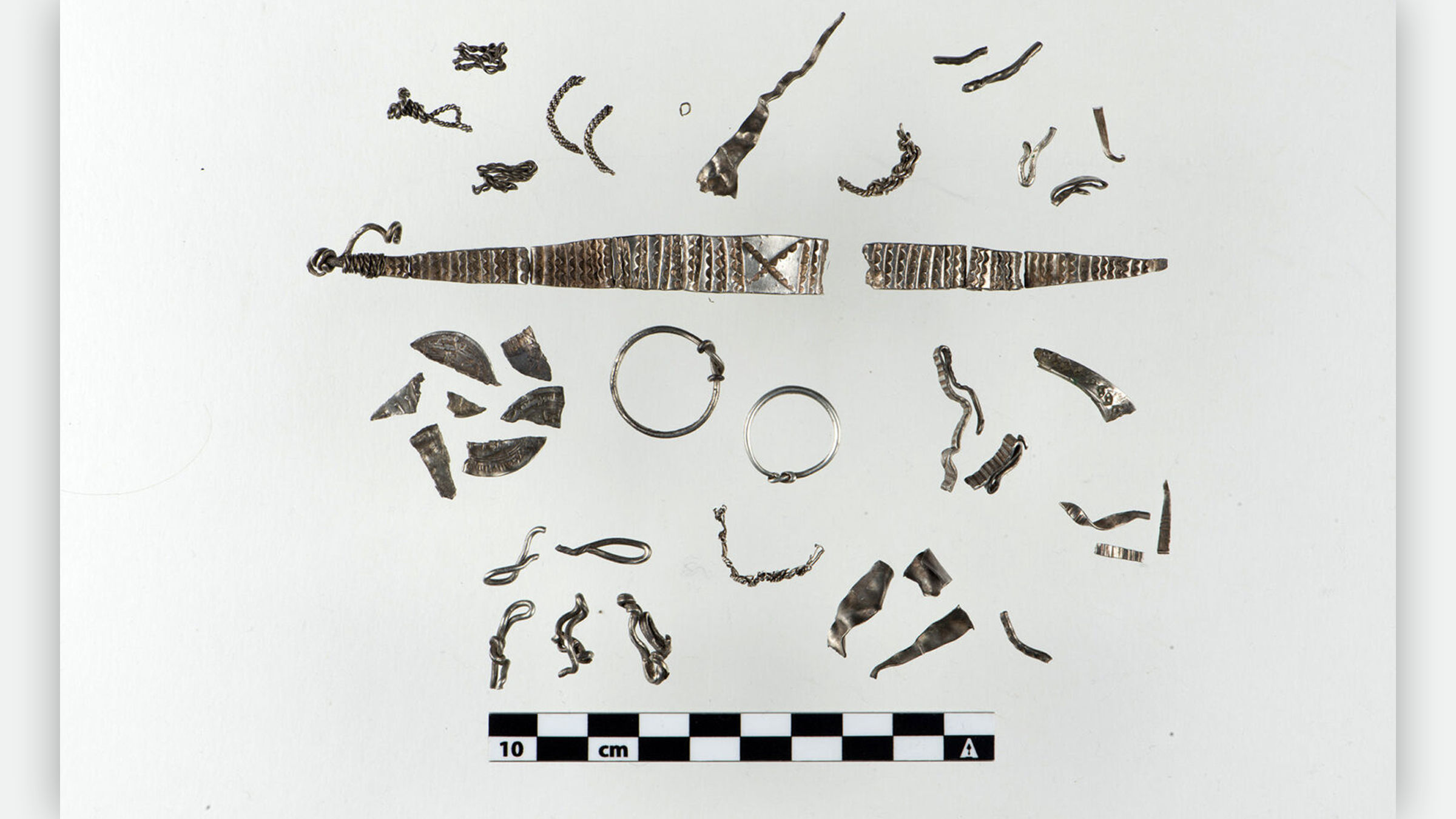 The Hoard – image: Brigit Maixner
(click on the images to enlarge) 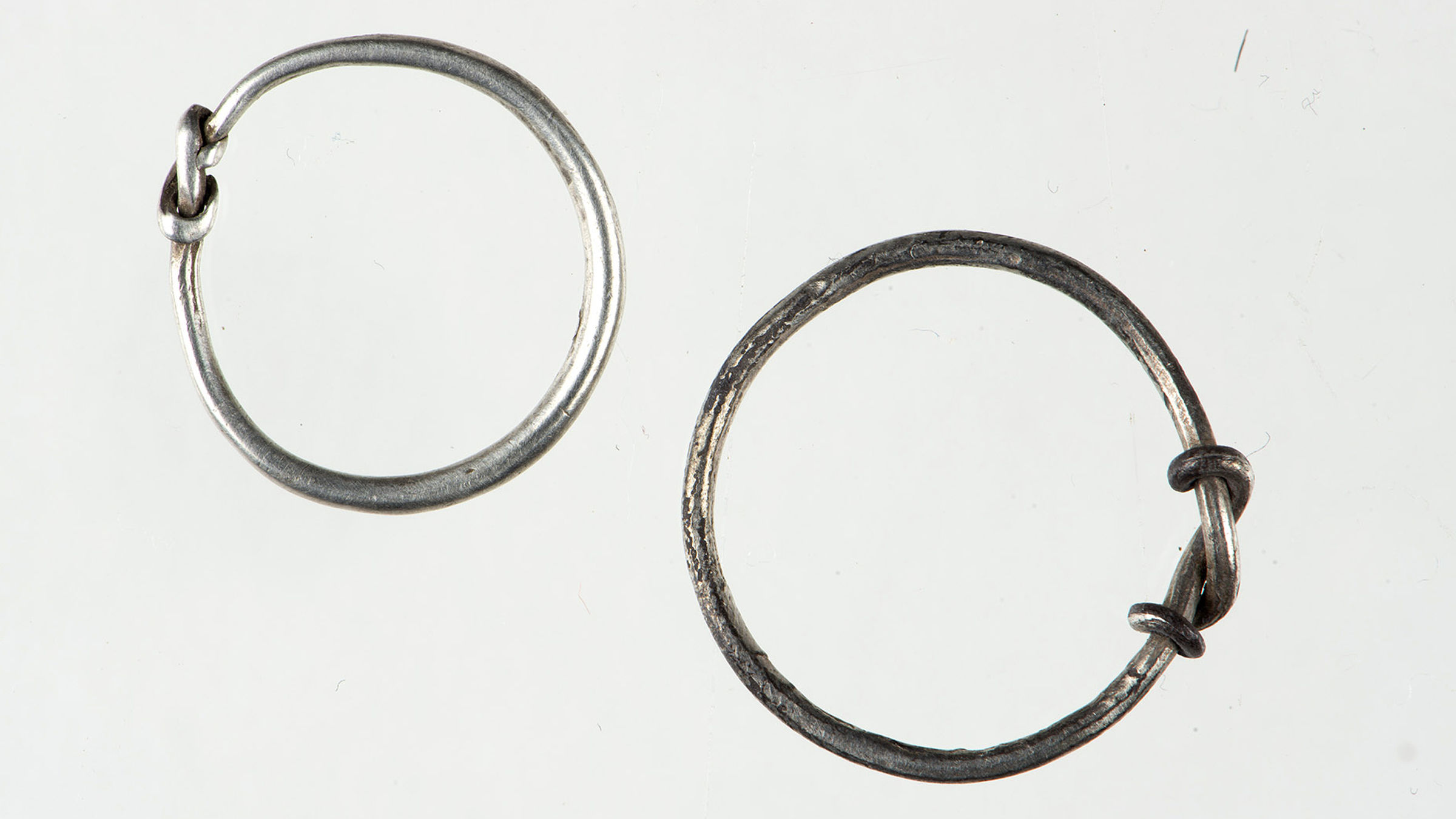 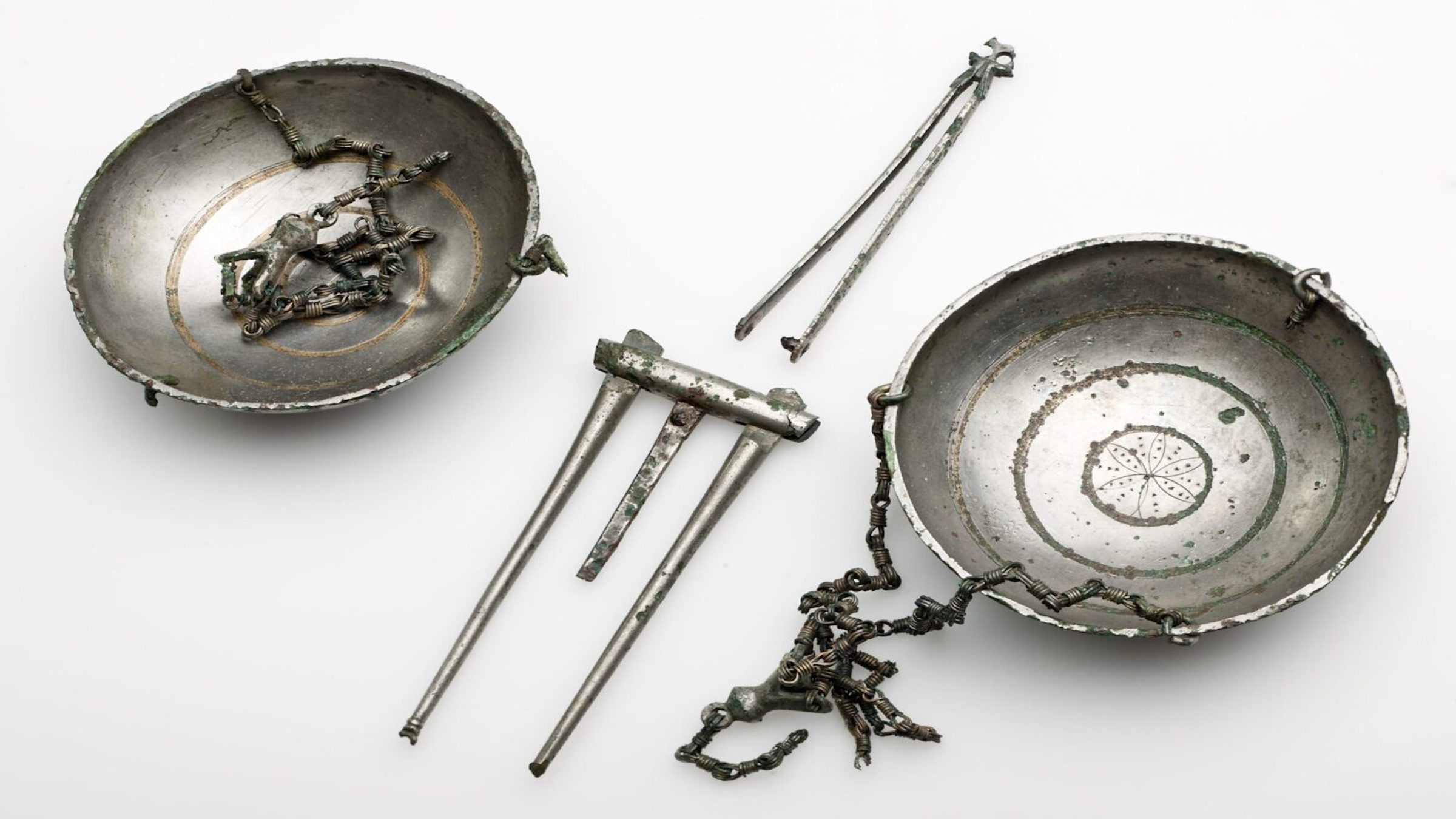 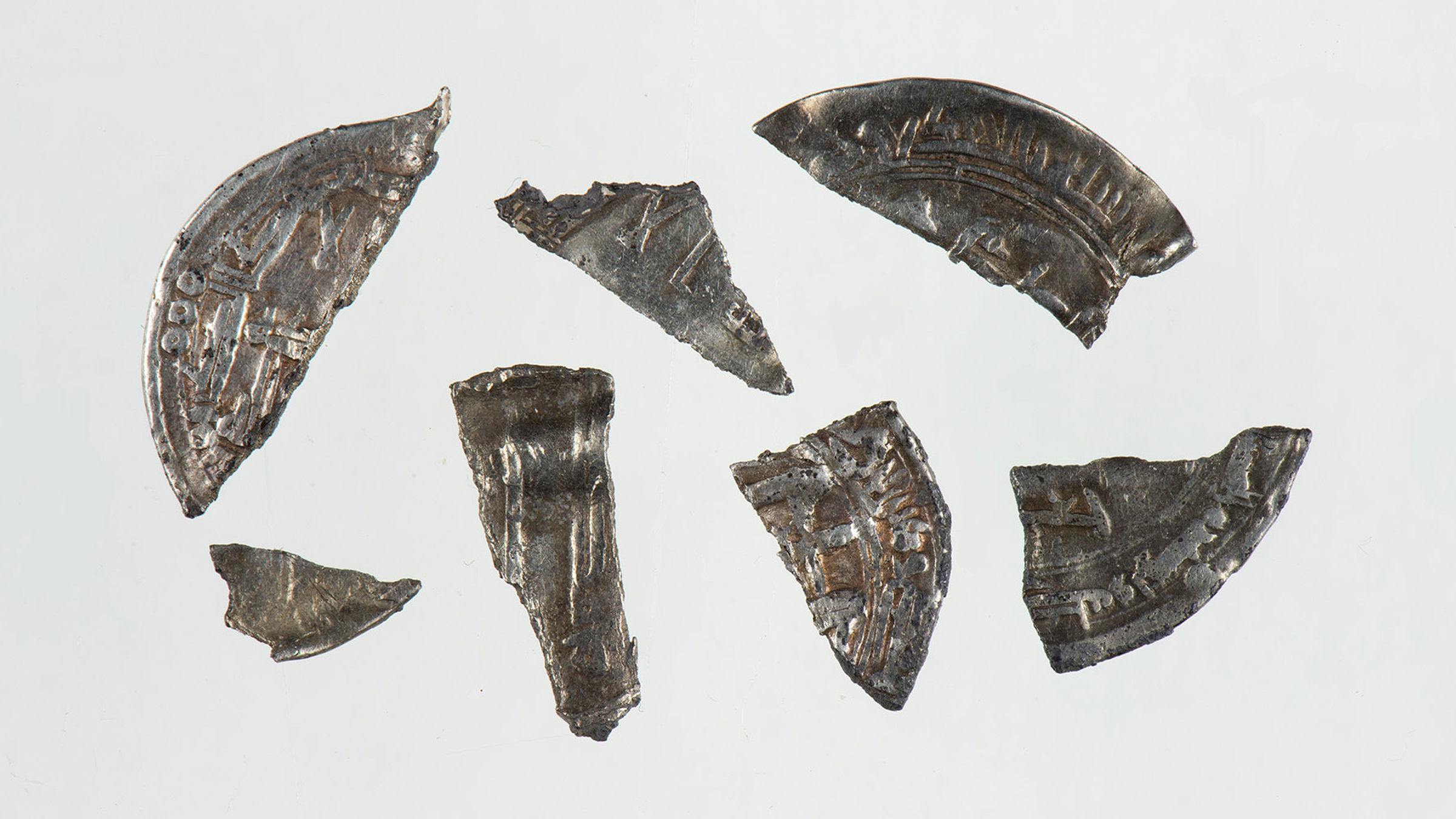