The Types of Assemblies

There were three types of assembly:

The Alþing was established c. 930 at Þingvellir (Parliament Plains) about 45 km east of Rykjavík.

The assembly lasted for two weeks and was held in June which of course brought the benefits of the mildest weather and the longest hours of daylight.

A major feature of the Alþing was the lögrétta, or Law Council. This was where the Goðar reviewed the existing laws and created new ones.

The lögrétta was presided over by the lögsögumadr – literally the law-speaking man – who was elected by the Goðar for a three-year term. Each year at the logberg (law-rock) the lögsögumadr recited one third of the laws, so that during his term of office the entire corpus of law would be heard by the assembly.

Only the goðar had voting rights at the lögrétta, although each goði brought two advisers with him.

The lögrétta and the courts were held in the open air. At the lögrétta there were three concentric circles of benches. The goðar sat on the middle benches and the advisers on the inner and outer benches, so that each goði had an adviser sitting in front of him and behind him.

The constitutional reforms of the 960’s came about because of a violent clash between two powerful chieftains: Tungu-Odd and Thord Gellir.

According to the original laws, a case of man-slaughter was tried at the local assembly nearest to where the killing took place. This worked when both parties were from the same thing district, but there were obvious problems when the defendant came from outside the district. It was felt that there would be a natural bias towards the accuser.

Because of this, the law was changed so that such cases could be brought to the Alþing. To cope with this, four new courts – one for each quarter – were established.

This is referred to in the Íslendingabók. 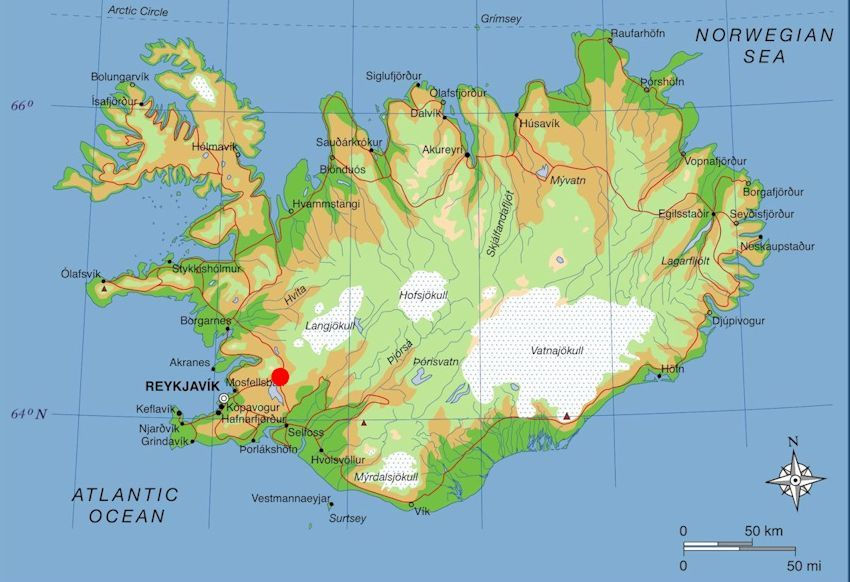 There were four Várþings in the Northern Quarter and three Várþings in each of the other quarters. Three of the local goðar were responsible for each Várþing.

A Várþing lasted about a week and consisted of two parts: the courts of prosecution (sóknarthing) and courts of payment dealing with debts (skuldathing).

The Assembly began with sóknarthing and after four days the skuldathing opened.

The goðar named twelve bændr (free farmers) who constituted a panel of judges – rather like a jury.

The Alþing and Várþings were skapþingi – i.e. they were governed by an established procedure and they met at legally designated intervals at predetermined meeting places.

The autumn Leið was principally a means of reporting what had happened at the Alþing. Each Goði took his thingmen with him, so that the Leið was also a local display of power for the Goðar. 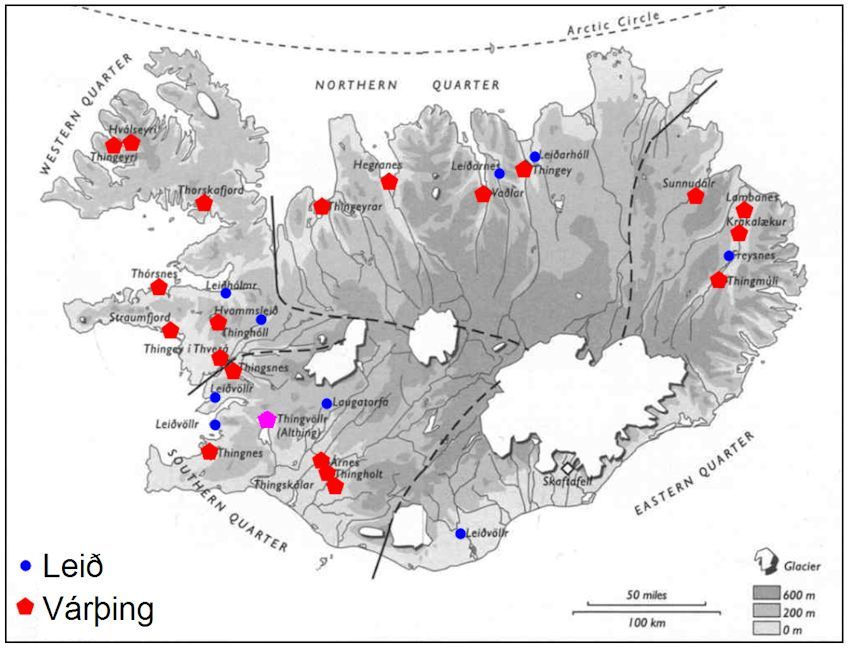 The Vikings in Iceland The Alþing and the legal system The Types of Assemblies Archaeology in Iceland Tephrochronology and the dating of the Settlement Reykjavik 871±2 The Excavated Farm at Stöng The Early Medieval Church at Seydisfjordur The Mosfell Archaeological Project (MAP) Egil’s Grave (?) and Ship-Settings The Hrísbrú Longhouse Regional Survey in the Mosfell Valley

Next Page: Archaeology in Iceland