The Farm Beneath the Sand 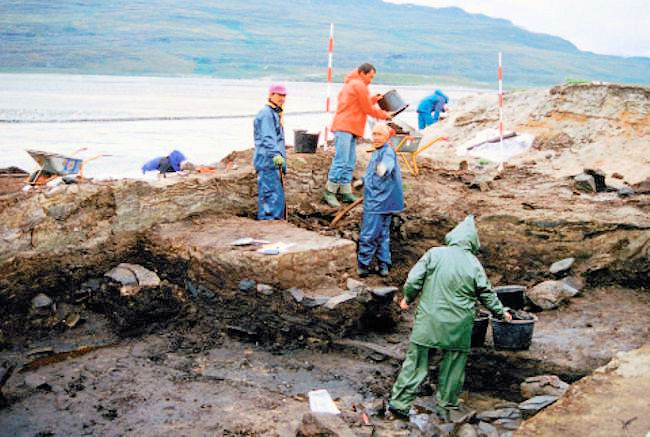 In 1990 two caribou hunters discovered timbers sticking out of a river bank about 80 km east of Nuuk. This site has now achieved fame as the Gården Under Sandet (farm beneath the sand), or GUS for short.

The sand had been deposited by streams which were fed by meltwater from a nearby glacier and covered the entire site to an average depth of 1.5 m.

In c. 1350 the Little Ice Age caused pollution problems with the river, which was a vital water supply, and the climatic changes had a drastic effect on the production of fodder for the farm animals; changes which eventually resulted in the abandonment of the site.

As the river was gradually eroding the site – this erosion was what had revealed the timbers – it was decided to carry out a total excavation. Between 1991 and 1996 work took place each summer. Walls of the buildings were carefully recorded and then dismantled so that the earlier structures lying beneath could be revealed.

The earliest building on the site is a three-aisled house c. 12 x 5 m in size internally. It has been dated to c. 1000 – 1050. The walls were c. 1.9 m thick and built entirely of blocks of turf. These blocks were laid in courses alternatively laid horizontally and at an angle of 45 degrees, giving a kind of herringbone effect.

The walls on the long sides of the building were probably c. 1 m high; the gable ends would have been taller and appear to have been faced internally with wooden panelling.

The roof was constructed of wattles and long thin strips of turf which rested on horizontal wooden beams and rafters. The whole roof structure was supported on two rows of aisle posts.

In the central space was a long hearth (langeldr) and the two side aisles had raised wooden benches.

At the northern end of this building was a c. 2 m long kitchen area with a cooking fire pit (máleldr) and a barrel stand. 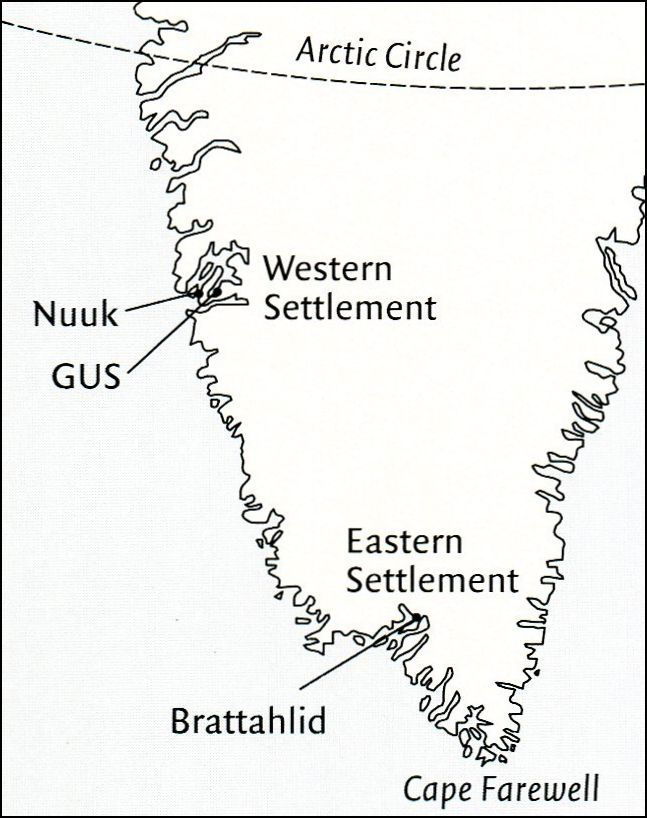 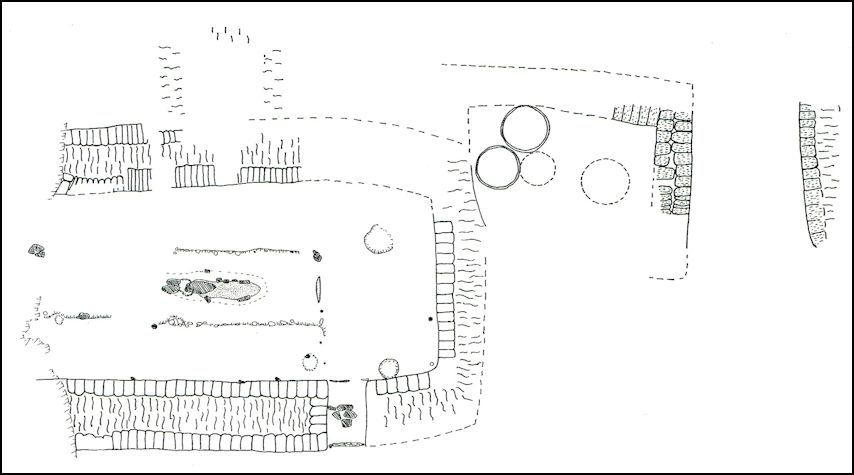 See also: The farm under the sand