The fortification at Camp de Péran is one of the most important Viking Period monuments in Brittany. The site comprises an irregularly circular earthwork with a single 3m high rampart and 4m wide ditch. The fortification dominates the Valleys of the Urne and Gonet. The site was originally assigned to the Iron Age, but has been redated since excavations carried out between 1983 and 1990.

Sections across the ramparts revealed a structure of large stone blocks resting on a clay bank with timber bracing on a vertical and horizontal lattice. The rampart has been preserved by vitrification as a result of a fire which engulfed the whole site. A section of the rampart has been reconstructed

The excavations revealed large quantities of 10th century pottery and a coin of St Peter minted at York c. 905-925. A series of C14 samples were taken which gave dates clustering around 865 – 1045. 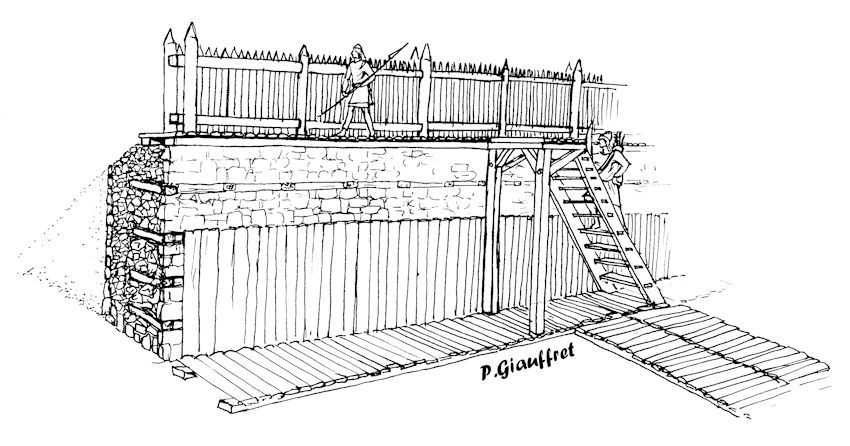 Camp de Péran – Reconstruction
(click on the image to enlarge) 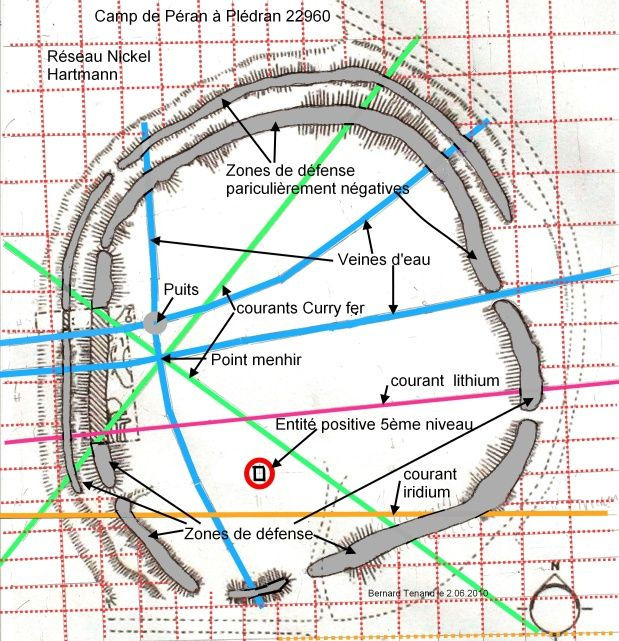 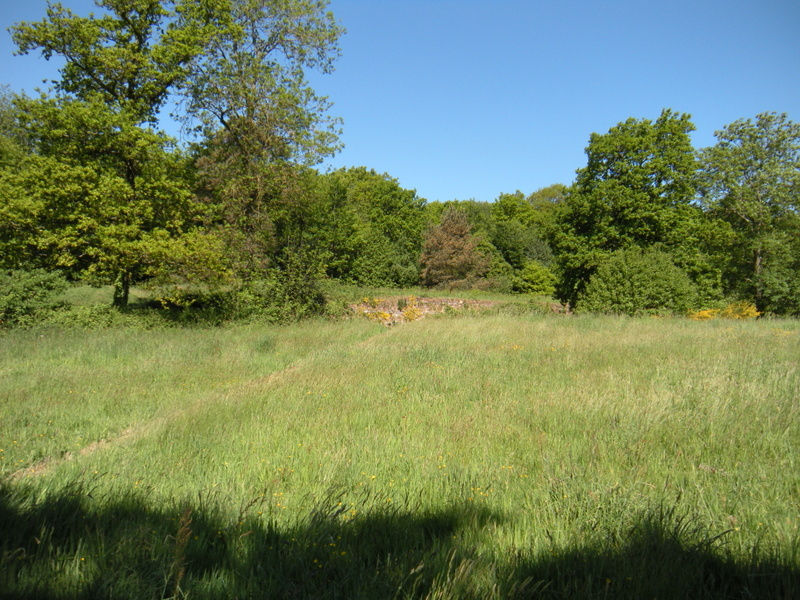 View from centre looking north
(click on the image to enlarge) 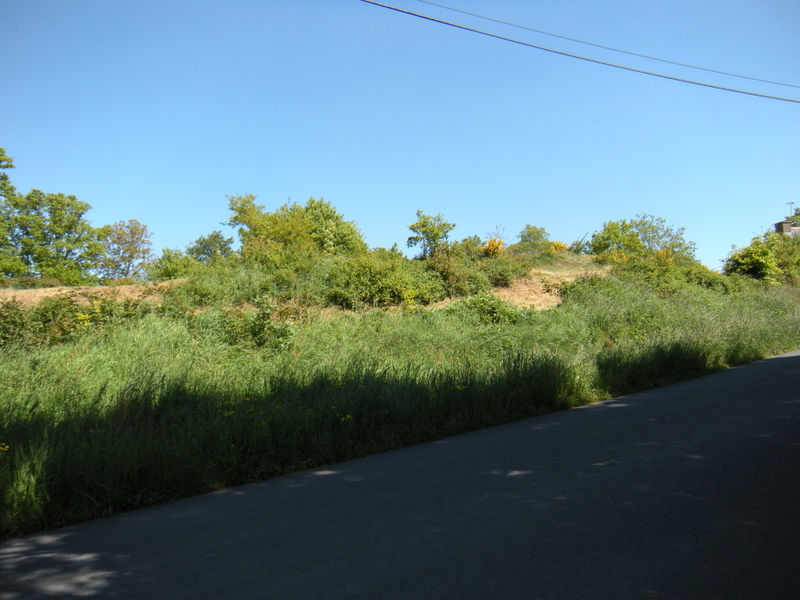 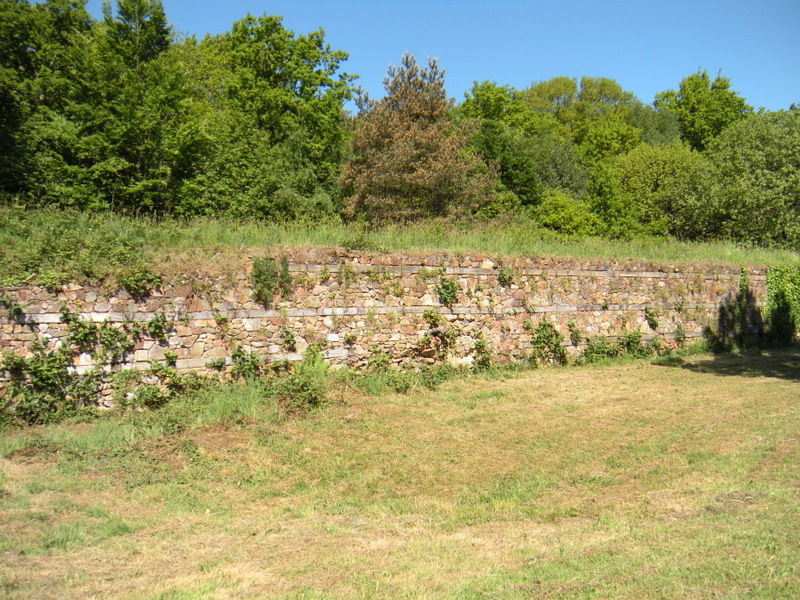 Reconstructed section of wall
(click on the image to enlarge) 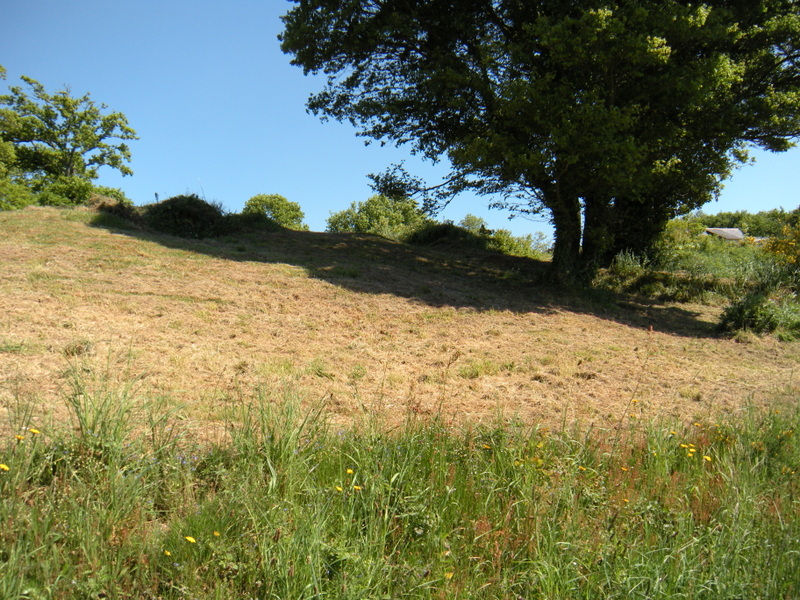 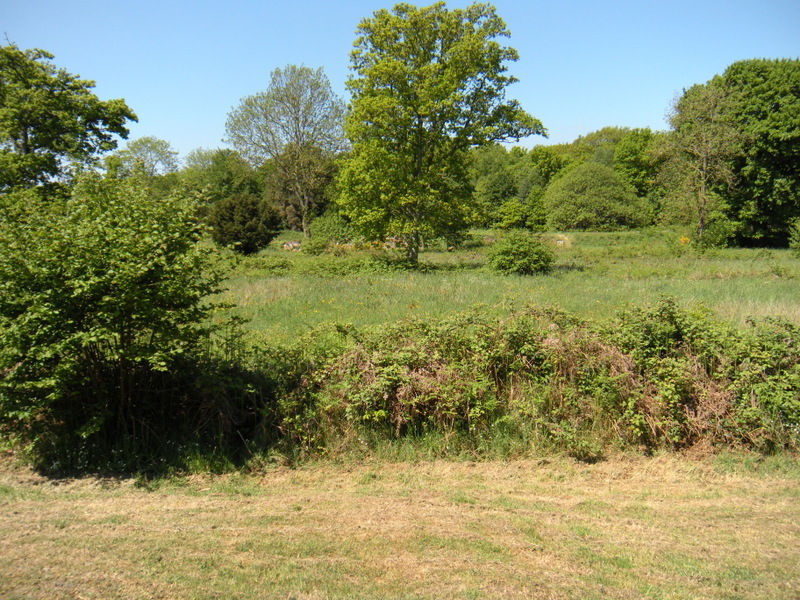