The double grave at Gerdrup, north of Roskilde, Denmark was excavated in 1981. The grave contained the body of a middle-aged woman, who had been buried with a spear, and the body of a man, aged 35 to 40, who had apparently been killed before the burial.

The woman was weighted down by three large stones, while the man lay with his knees bent outwards and with his ankles crossed, suggesting that his ankles may have been bound. His head was in a twisted position and his neck was broken which means that he may have been hanged. The grave gained fame as the first proved case of a woman being buried with a weapon.

The initial assumption was that the grave contained the sacrificed body of a slave who had been buried alongside the noblewoman he had served during his life.

However, nearly forty years after the excavation, DNA analysis was carried out on the skeletons which proved that they were mother and son.
This naturally changed the interpretation of the grave. Ole Kastholm, an archaeologist and senior curator at Roskilde Museum commented:

“We need to look at whether other graves and other source material from the Viking Age could reveal some patterns that might help us solve this case.”

One possible explanation may be found in Eyrbyggja Saga part of which tells the story of the sorceress Katla and her son Odd who were persecuted and executed. Odd was hung and Katla was stoned to death. 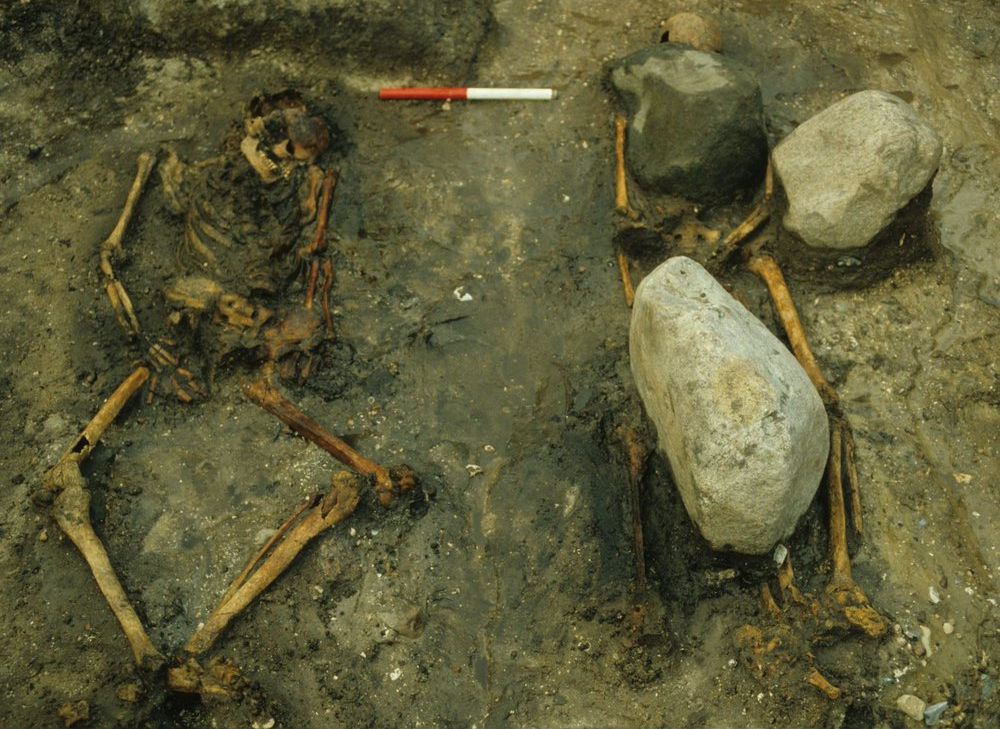 The grave during excavation
image: Roskilde Museum
(click on the images to enlarge)

The skeletons displayed in Roskilde Museum 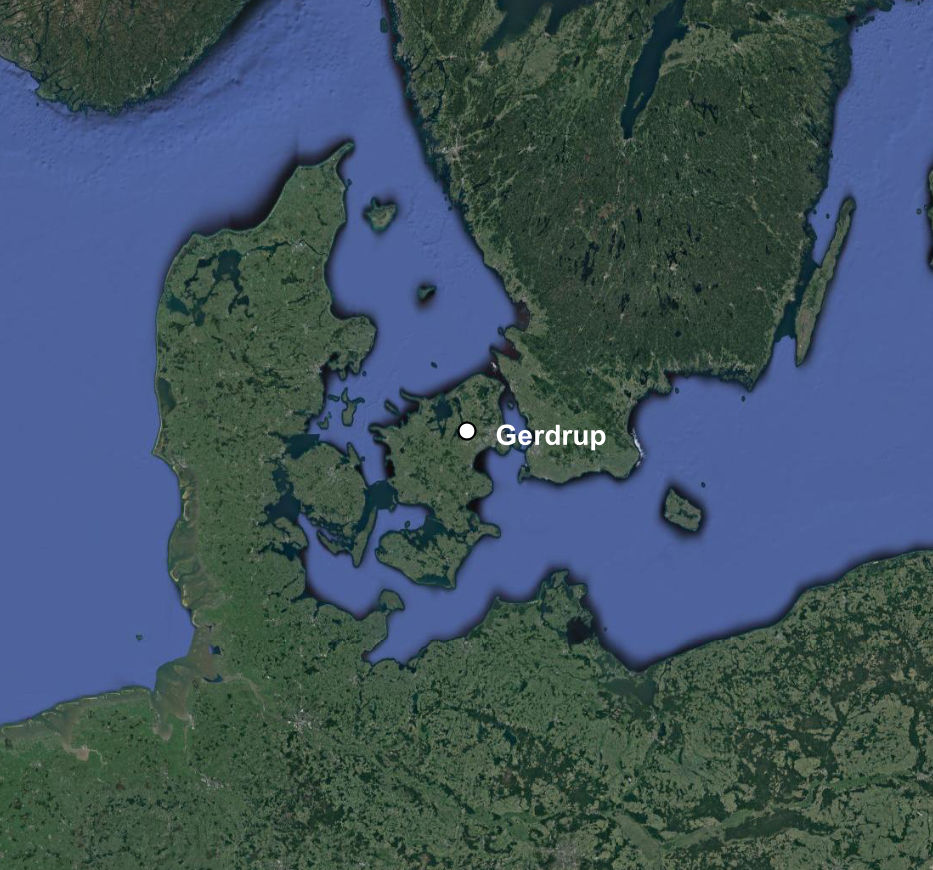 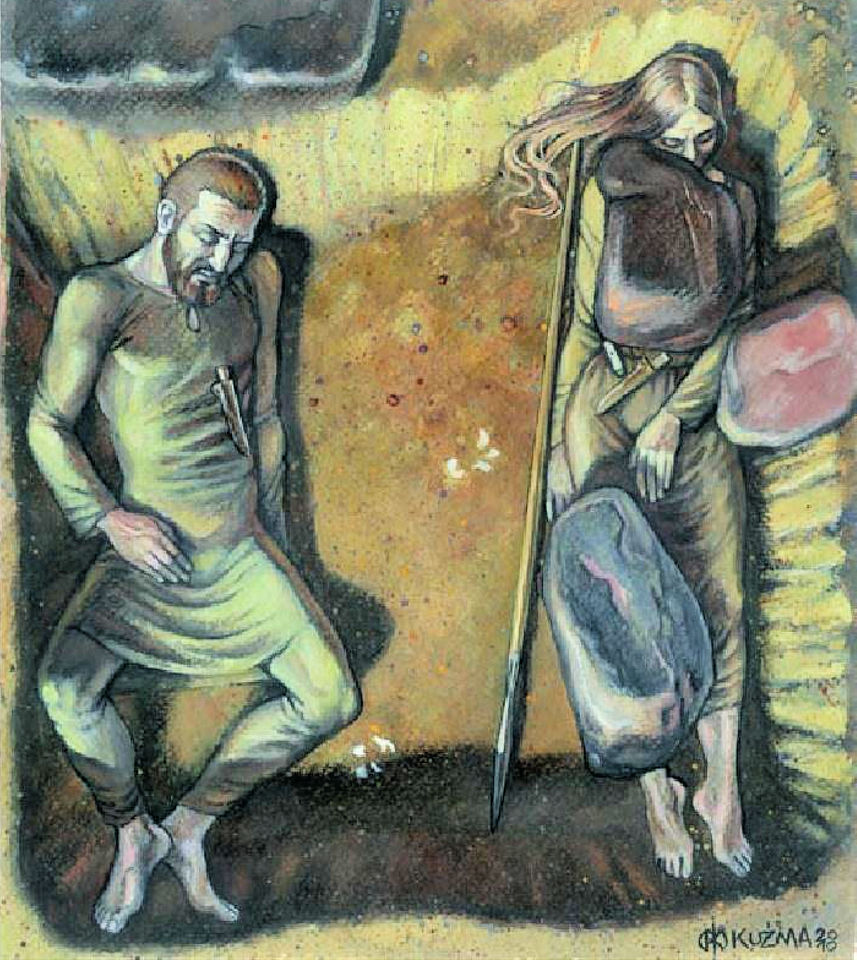 A reconstruction of the burial
image: Leszek Gardeƚa & Mirosƚaw Kuzma