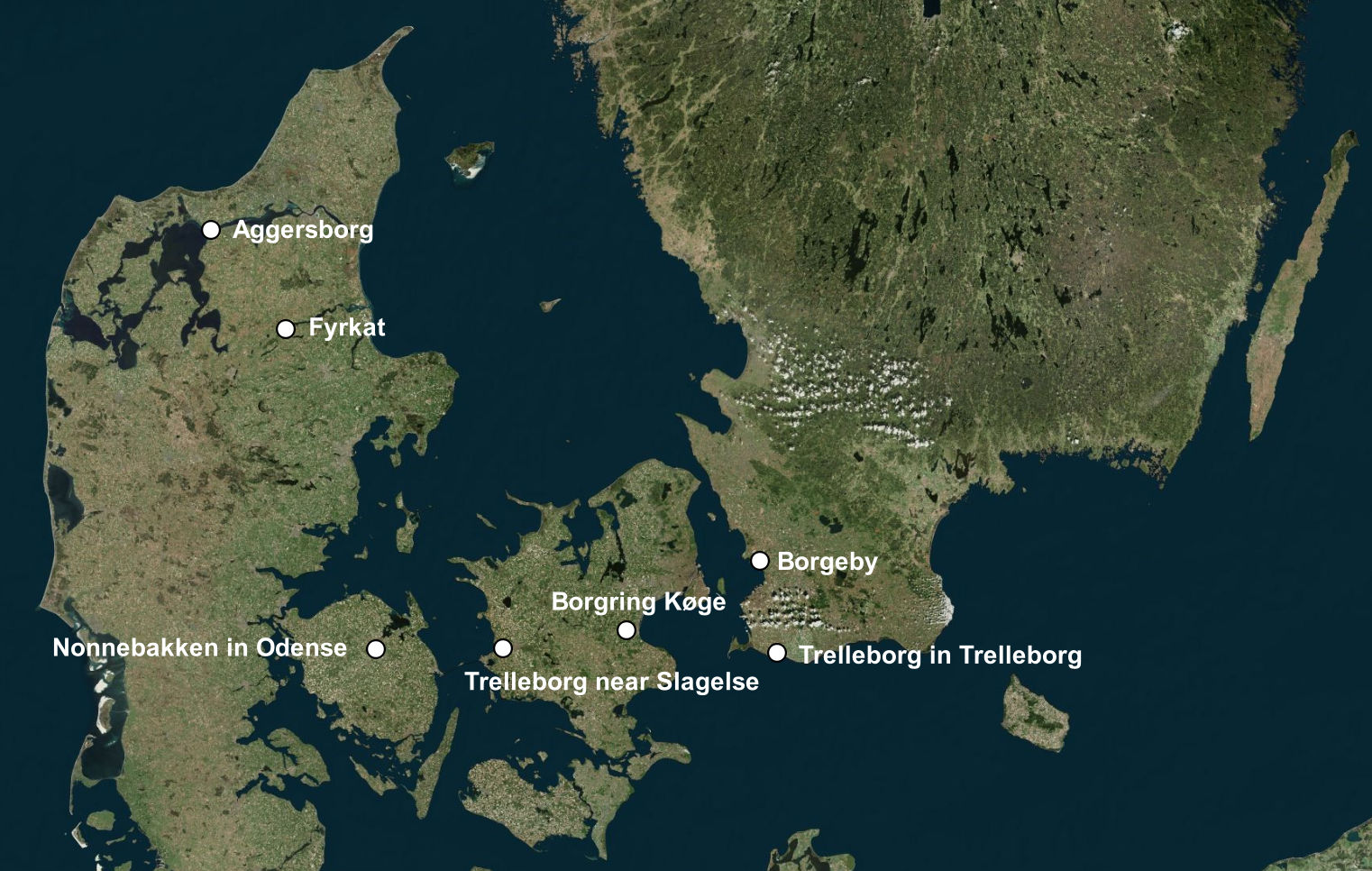 Viking Ring Fortresses
(click on the map to enlarge)

During the late 10th century, a number of circular fortifications were built across Denmark and Sweden.

Although early medieval circular fortifications are known throughout northern Europe, but none of them have the same strict and precise geometrical design of the Scandinavian ring fortresses.

The dates obtained for these fortresses, which centre around 980, suggest that they may have been the work of Harald Bluetooth.