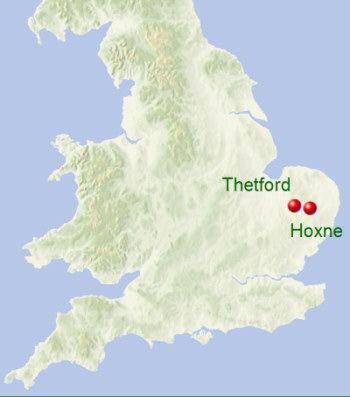 And in the winter King Edmund fought with them; but the Danes gained the victory, and slew the king; whereupon they overran all that land, and destroyed all the monasteries to which they came. The names of the leaders who slew the king were Hingwar and Hubba. At the same time came they to Medhamsted, burning and breaking, and slaying abbot and monks, and all that they there found. They made such havoc there, that a monastery, which was before full rich, was now reduced to nothing.