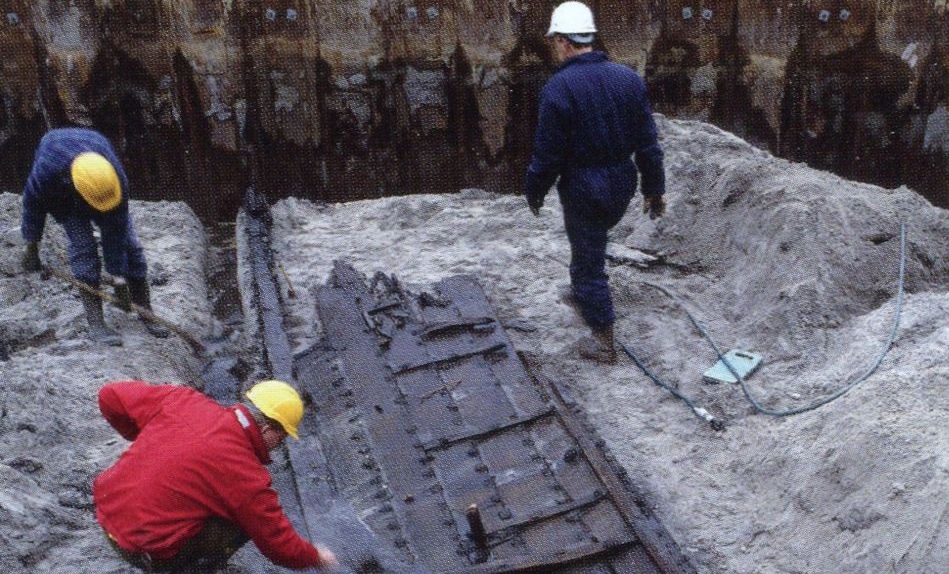 Roskilde 6 under excavation. (click on the images to enlarge

The ship known today as Roskilde 6 is one of at least ten wrecks discovered and excavated in 1996-7 during the construction of an extension to the Roskilde Ship Museum.

The excavated ship consists of a well-preserved section of the lower strakes of the ship and almost all of the 32 metre-long keel. The ship was damaged when it was first struck by the mechanical digger, but sufficient remains to enable a good reconstruction to be made.

The reconstructed length of the ship is over 37 metres, making it the largest preserved ship from the Viking Age. Dendrochronology shows that the timber for the ship was felled during the period 1018 – 32, probably around the middle of the period. The dendrochronological analysis also shows that the timber was felled in the area around the Oslo Fjord. There was also a repair at some point after 1039 using timber from an unidentified site in the Baltic area.

Although only about a fifth of the ship survives, it is possible to form a clear picture of the vessel. It was 37.27 metres long and 3.99 metres wide at its broadest point. The draught has been calculated to have been only 85 centimetres. Many of the features of the ship are similar to the two great longships Skuldelev 2 and Hedeby 1. Skuldelev 2 was built in 1042 in the Dublin area and Hedeby 1 in c. 985 in the Hedeby area. The most striking features of these ships is their great length, narrow beam and shallow draught, making them ideal ships for coastal warfare. 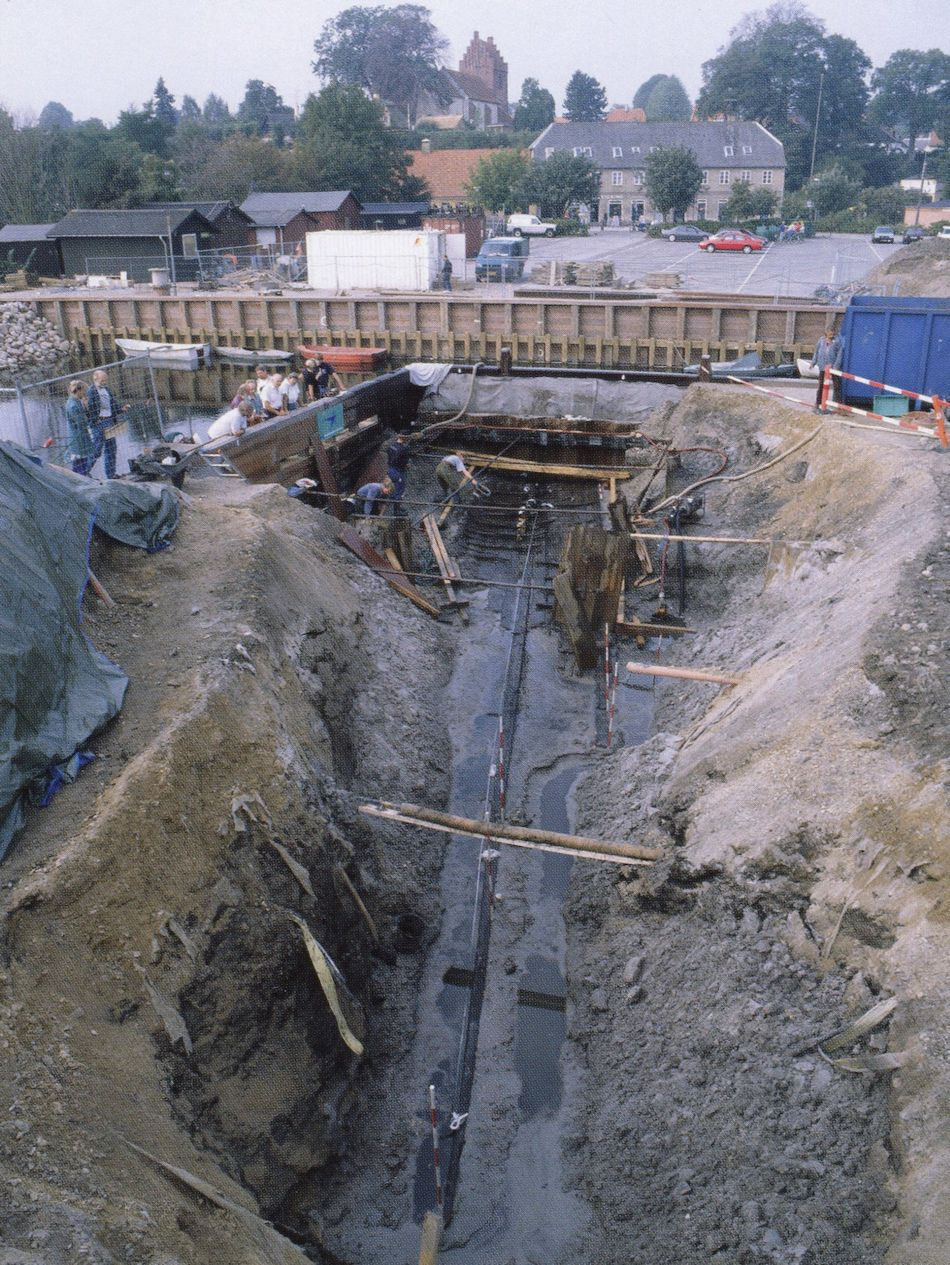 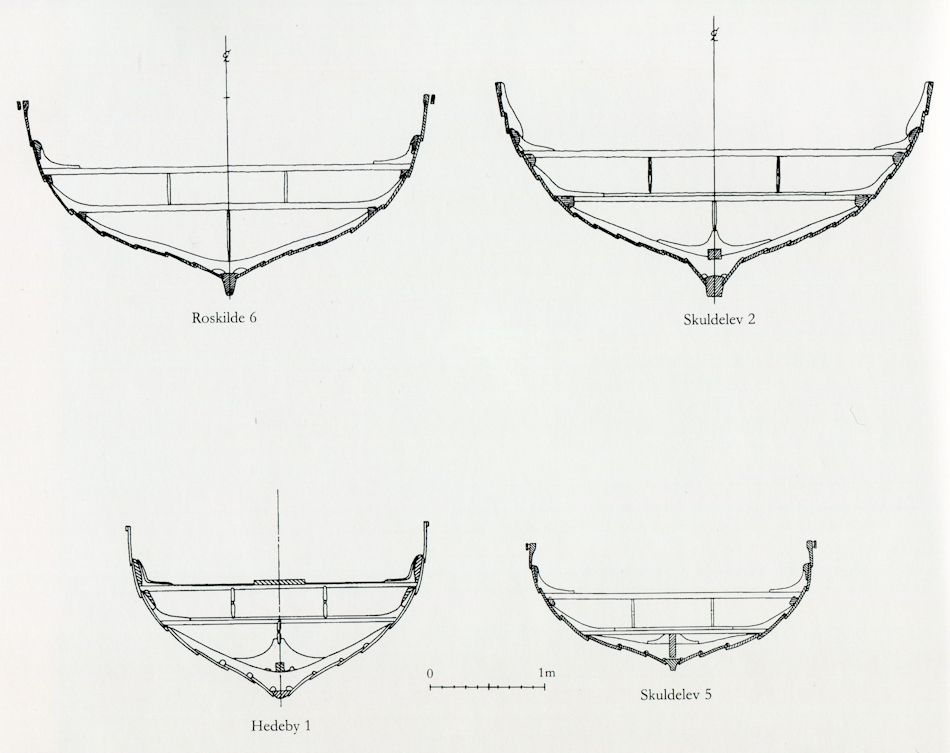 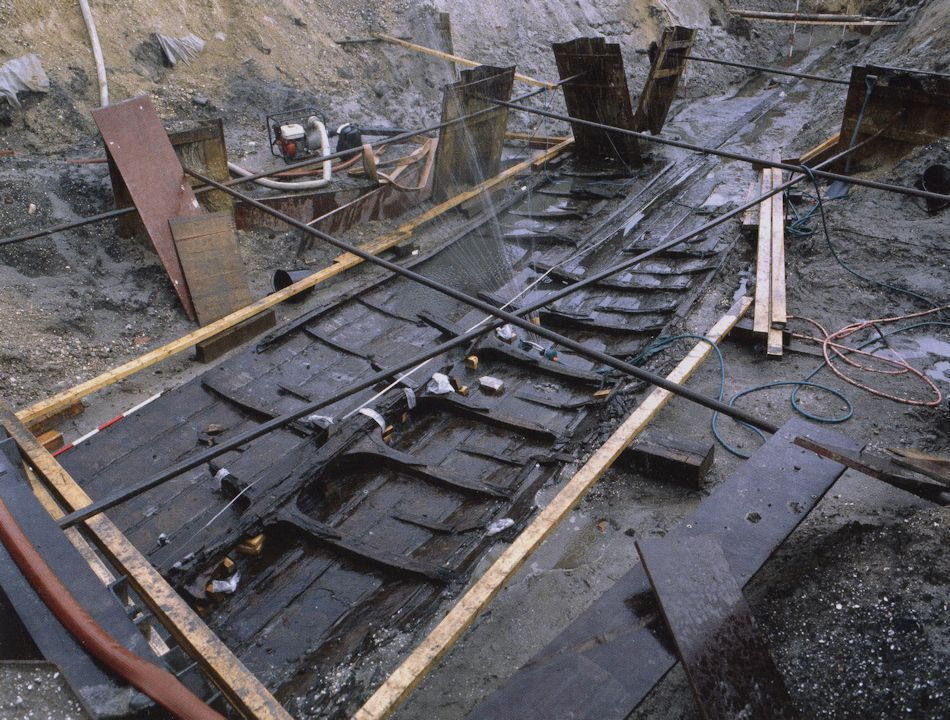