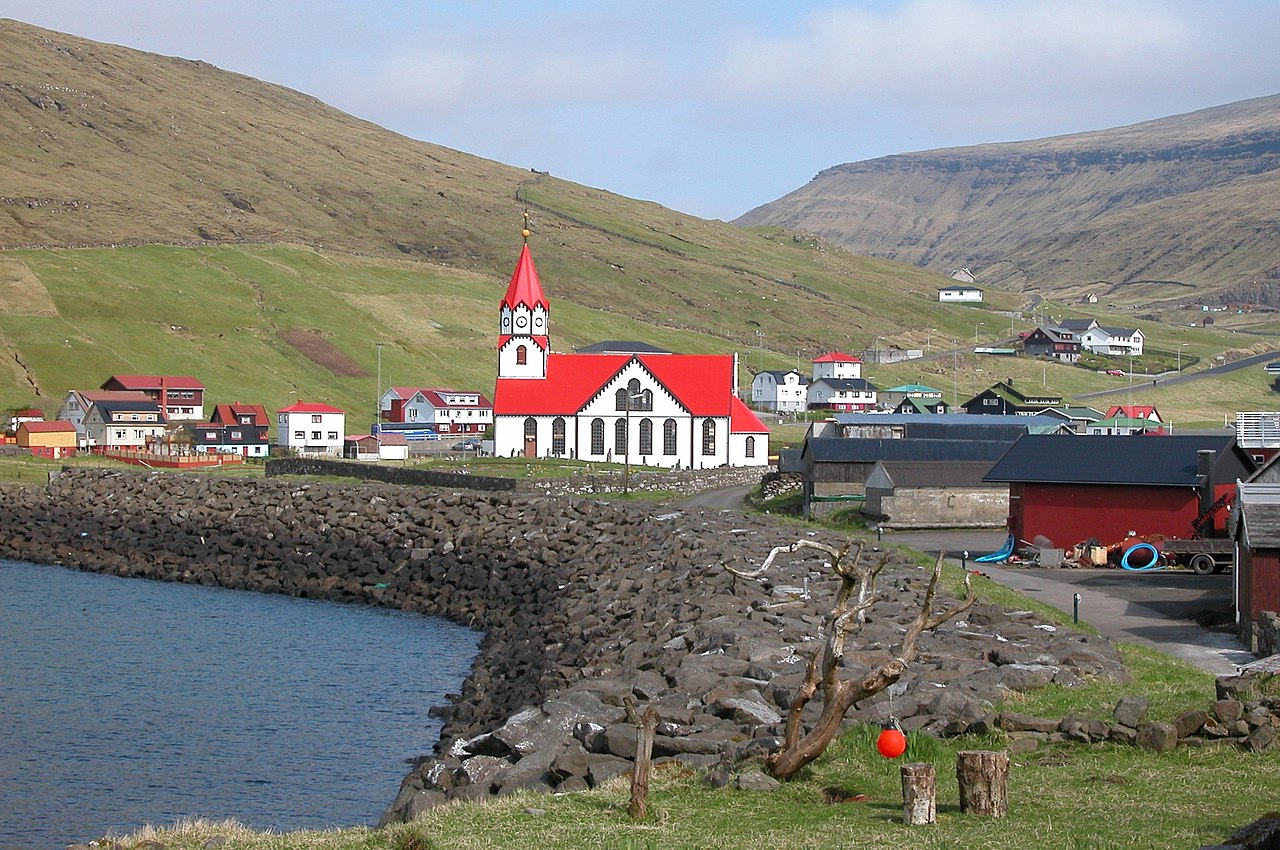 Sandavágur Image: Wikimedia Commons
(click on the image to enlarge)

The farmsteads at Sandavagur and at Syorugota are also placed on the highest part of the cultivable area. At Syorugeta the building was much damaged by centuries of cultivation, but it was clear that this was an entirely different kind of building from those discussed so far, although certainly of the Viking Age. The inhabited house was undoubtedly originally of considerable size, oriented north-east/south-west with facade and entrance facing the sea.

Particularly significant finds were many pottery vessels of Faroese origin. They are of coarse fabric, with flat base, splayed body and incurved neck. A spindle-whorl of red pumice, decorated with concentric circles and zig-zag lines, and two conical spindle-whorls of green pumice, were also found.

The difference in size between the building on this site and those previously discussed is striking, but the vessels and the spindle-whorls are so closely similar to material of the Viking Age from Denmark, and to a certain extent from ]arlshof (Shetland), that the age of this farmstead cannot be doubted.