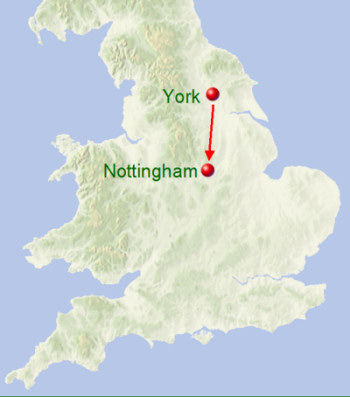 This year the same army went into Mercia to Nottingham, and there fixed their winter-quarters; and Burhred, king of the Mercians, with his council, besought Ethered, king of the West-Saxons, and Alfred, his brother; that they would assist them in fighting against the army. And they went with the West- Saxon army into Mercia as far as Nottingham, and there meeting the army on the works, they beset them within. But there was no heavy fight; for the Mercians made peace with the army.