The Völsunga saga in Literature and Art

The Völsunga Saga is one of the fornaldarsaga, or sagas of ancient times. The saga dates from between 1200 and1270, and is one of the earliest of the fornaldarsaga to be written down. It relates the Northern version of the Middle High German epic poem Nibelungenlied, and is based on heroic poems from the Poetic Edda. It has an additional importance in that it retells several poems from the Edda which are now lost.

The earliest representation of the major themes from the Völsunga saga can be seen on the Ramsund rock carving which dates to c. 1030.

The Völsunga Saga can be divided into two main parts:
The first part is about the ancestors of Sigurd, particularly about Sigmund (Sigurd’s father) and Signy, the children of Volsung.

The second part is about Sigurd, the central character of the Völsunga Saga. After Sigurd’s death, the story revolved around Sigurd’s wife (Gudrun) and his brother-in-laws (the family in Burgundy was known as the Giukings (Niflungs) or Nibelungs in the Germanic literature). 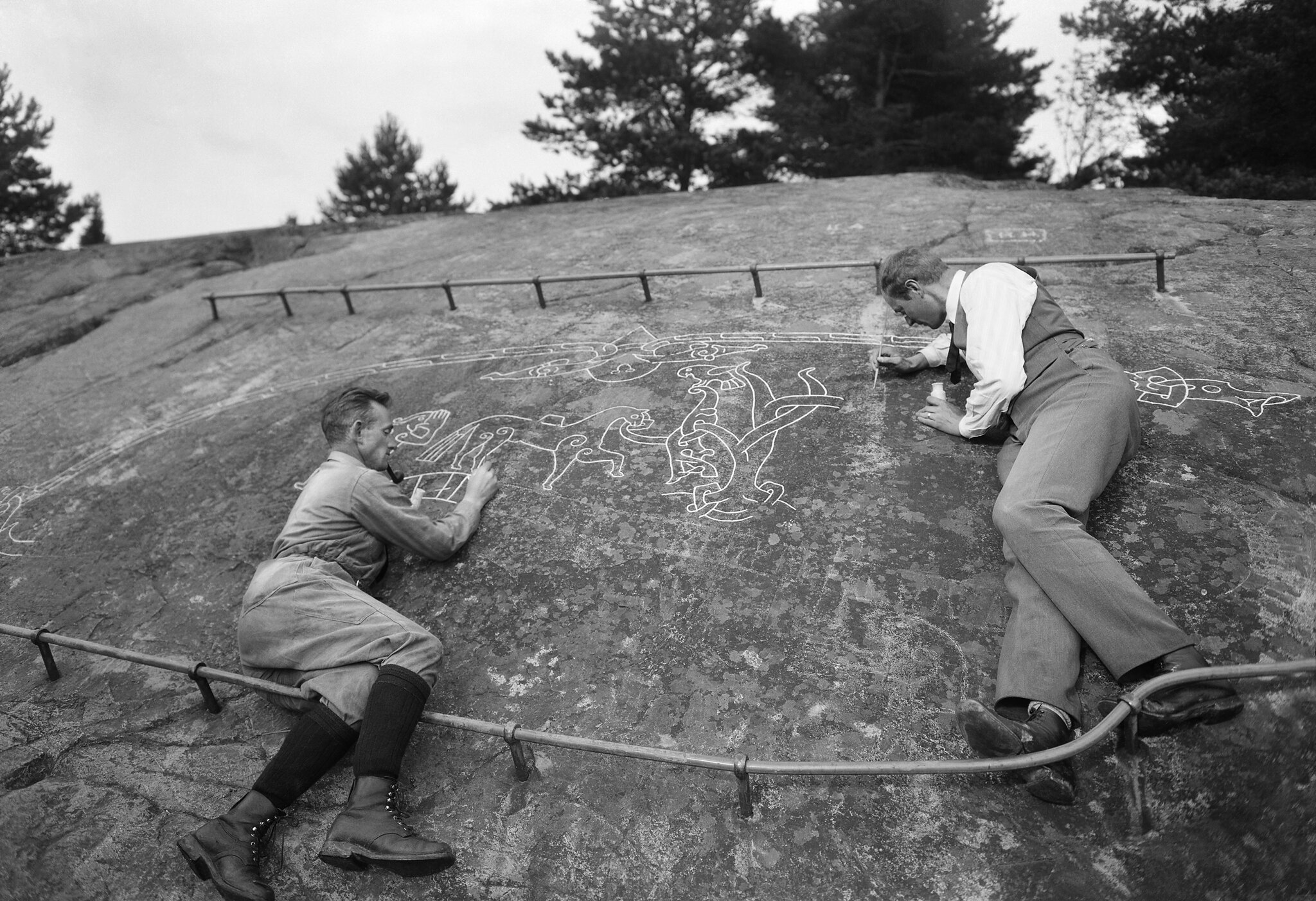 The Sigurd carving on the Ramsund rock in Södermanland, Sweden

And you can find an English translation of the saga here…

The part of the saga that tells the story of Sigurd appears on several rune stones and on the carved portal of the Hylestad stave church.

The main parts of the story of Sigurd are as follows:

Sigurd and Regin, a master swordsmith, plan to kill the dragon Fafnir and take possession of his treasure.

Sigurd digs a trench beneath the dragon’s trail. He hides in the trench and stabs Fafnir from beneath he leaves his lair for water.

Regin asks Sigurd to cook the dragon’s heart and give it to him to eat. While cooking the heart, Sigurd burns his thumb. As he puts his thumb into his mouth to cool it, he tastes the dragon’s blood.

As soon as he tastes the dragon’s blood, Sigurd can understand the language of the two nearby birds, who are conversing with one another about how the treacherous Regin plans to betray Sigurd.

Sigurd then loads Fafnir’s treasure onto his horse Grani and departs.

Gunnar sinks the treasure in the River Rhine.

Atli, in an attempt to discover the location of Fafnir’s treasure, throws Gunnar into a snake-pit. Gunnar, for a time, pacifies the snakes by playing a harp with his toes, but he is eventually killed by one of the snakes.

Next Page: The Sigurd Stones