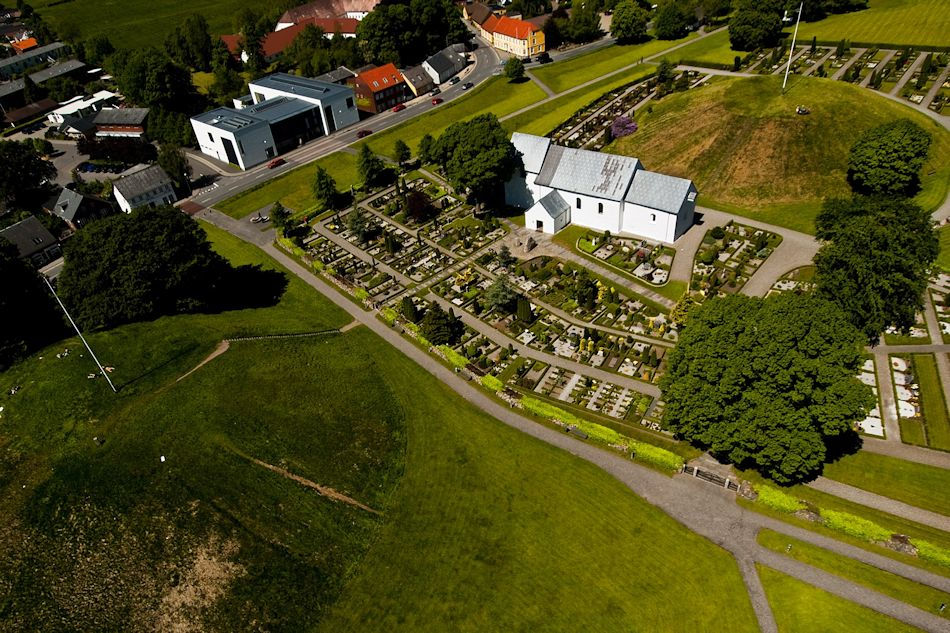 Jelling aerial view
(click on the image to enlarge)

The Royal Danish Necropolis at Jelling

This site in Jutland is one of the most important monuments of the Viking Age.

At the centre of the site is a medieval stone church which stands on the site of the church built by King Harald Bluetooth in the 960’s.

Two rune-stones stand in front of the church and contain important information about the site.

The smaller of the two stones bears no ornament, but its inscription states that ‘King Gorm made this memorial to his wife Thyri, glory [or adornment] of Denmark.’

The stone does not state what type of memorial it was.

The larger of the two stones is the famous Jelling stone erected by Harald Bluetooth.

The stone is triangular: one face bears an Urnes Style beast; one a crucified Christ; and the third bears a runic inscription.

‘King Harald had this monument made
in memory of his father Gorm and his
mother Thyri : this was the Harald who
won for himself ll Denmark and
Norway, and made the Danes Christians.’

The mounds and the church at Jelling have been excavated.

The north mound was constructed over a prehistoric mound which covered a wooden burial chamber. This chamber was empty, the body having been transferred to a grave in the timber church constructed by Harald.

The south mound was built over a light timber framework, but a wooden structure had stood on the top of the mound and there were remains of a stone setting beneath the mound. 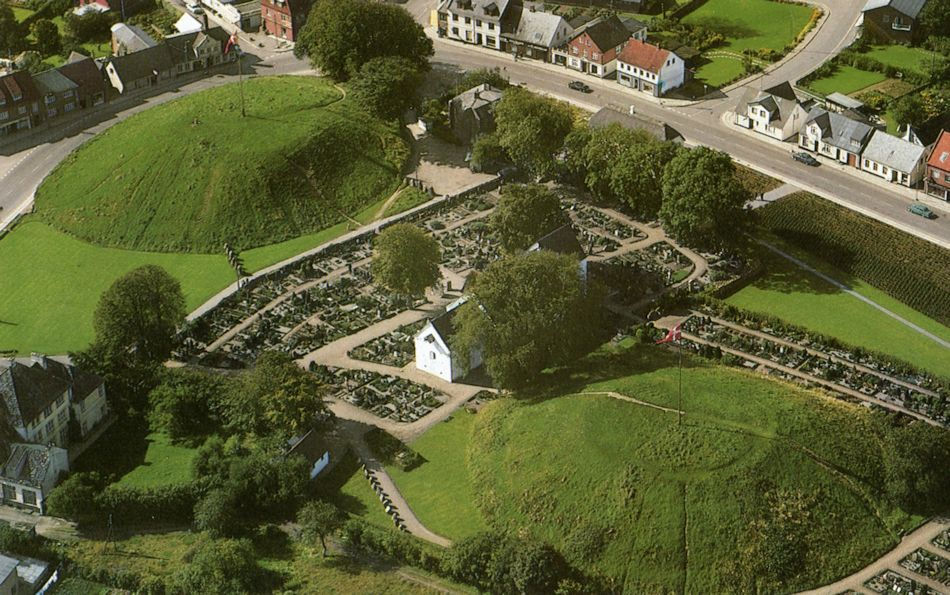 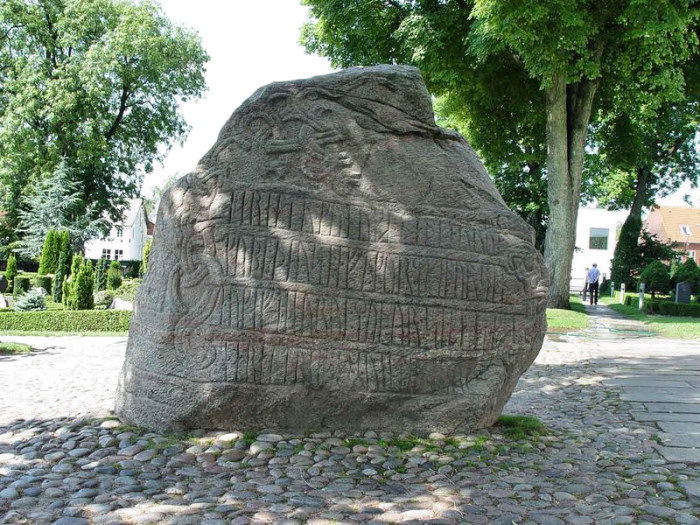 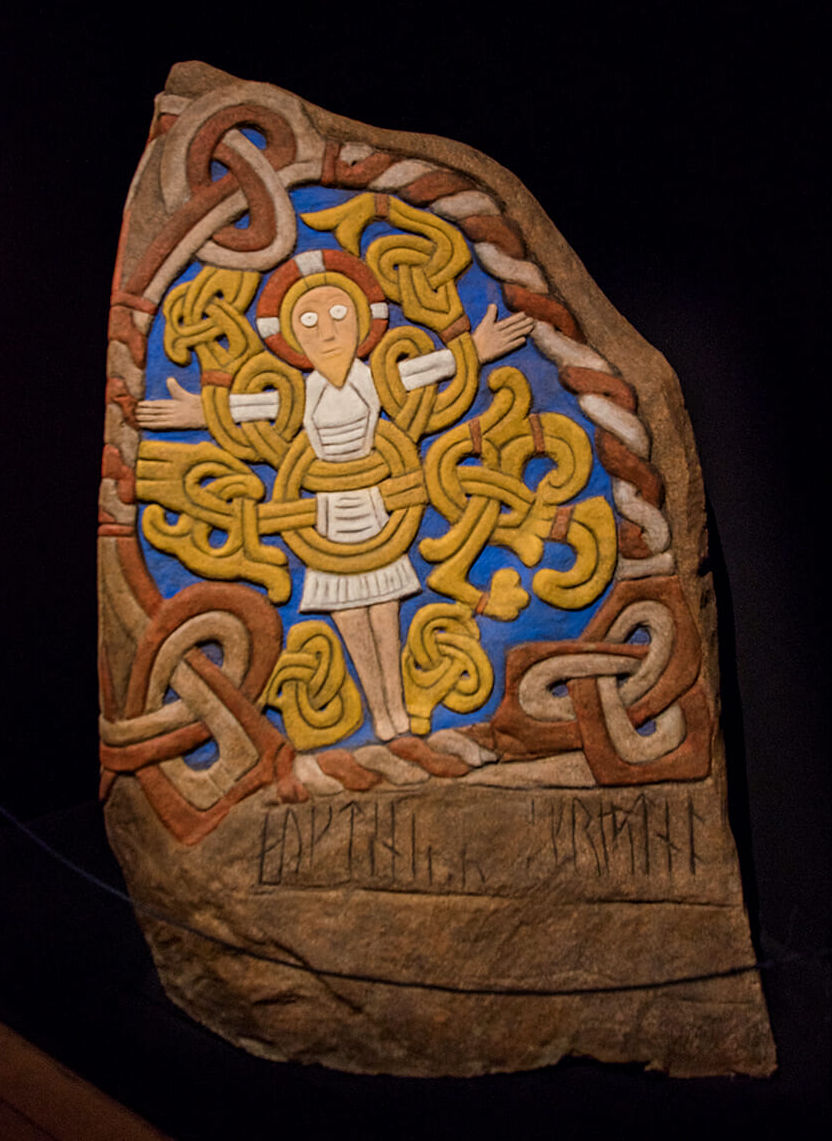 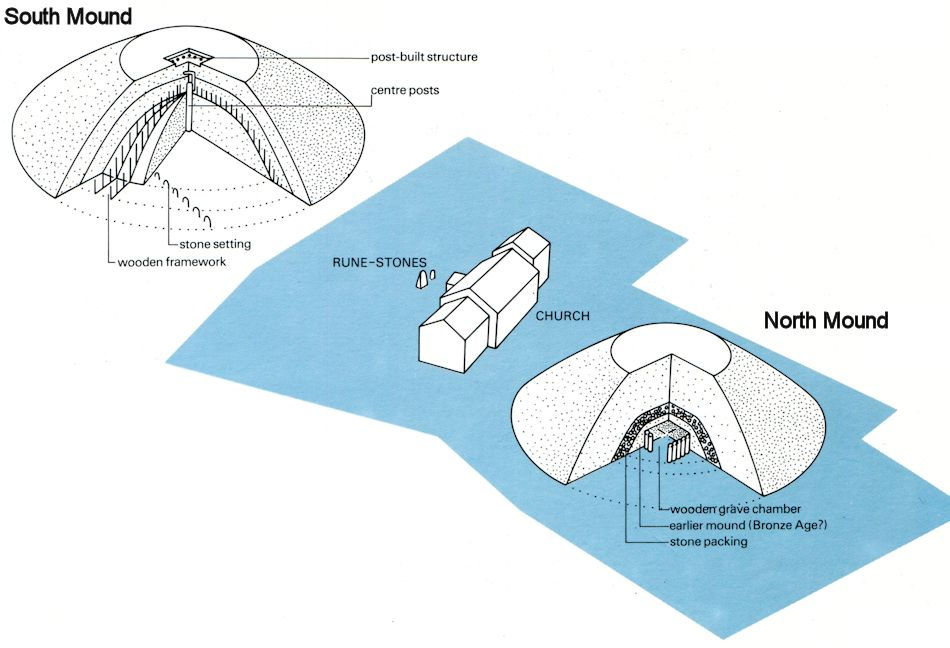 Dendrochronological dates from the timbers in the north mound give a date of winter 958/59 for the start of construction of the mound. This was presumably for the burial of King Gorm.

Harald formally became Christian c. 960 – so we may be seeing a Christian re-burial for his father, Gorm, in the timber church.

The south mound has parallels elsewhere, and they are usually interpreted as some kind of cenotaph. Dendrochronological dating shows that this mound was not completed before 970, so it was presumably built for Harald who died in 986 and who wished to be buried in his new cathedral at Roskilde.

Among the finds from the excavation of the north mound was the famous Jellinge Style Cup.

Next Page: The Jelling Stone Ship 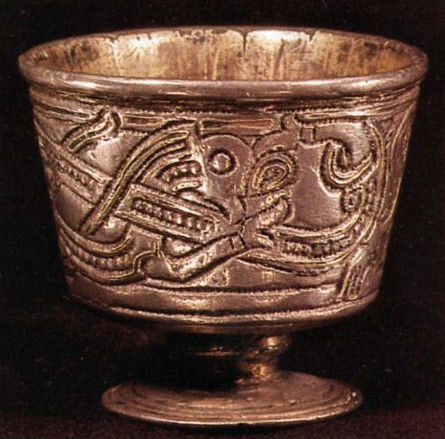 The Jellinge Style Cup
(click on the image to enlarge)