Overwintering Sites of the Great Army

With the arrival of the Great Army in England we see a series of overwintering sites referred to in the Anglo-Saxon Chronicles.

Excavations by the Biddles at Repton, centring on the Church of St Wystan produced several Viking graves and three sections of a ditch that was interpreted as a D-shaped construction with its open ends reaching to the Old Trent Water.

For many years this structure at Repton was seen as relating to the Viking encampment of 873-4.

Recent work by Dawn Hadley and Julian Richards 1, however, has cast doubt on the exact nature of this structure.

”Extrapolating from these three sections of ditch, the Biddles proposed that on their arrival at Repton in 873 the Viking Great Army constructed a D-shaped enclosure, with its straight edge along the cliff edge above the Trent, and incorporating the church as a gatehouse into the interior of their enclosure. In this they were undoubtably influenced by the discovery of ditched proto-towns in Scandinavia. Indeed, in their 1992 paper the Biddles note that ‘This type of earthwork , consisting of a D-shaped enclosure on the bank of a river or other expanse of water, is well evidenced in the Viking period in Scandinavia, on both a small scale as in the beginnings of Aarhus, or later on a vast scale as in the defences of Hedeby.’ This is despite the fact that southern Scandinavian proto-towns are generally located within rounded C-shaped enclosures set along the coastal shoreline.” 2 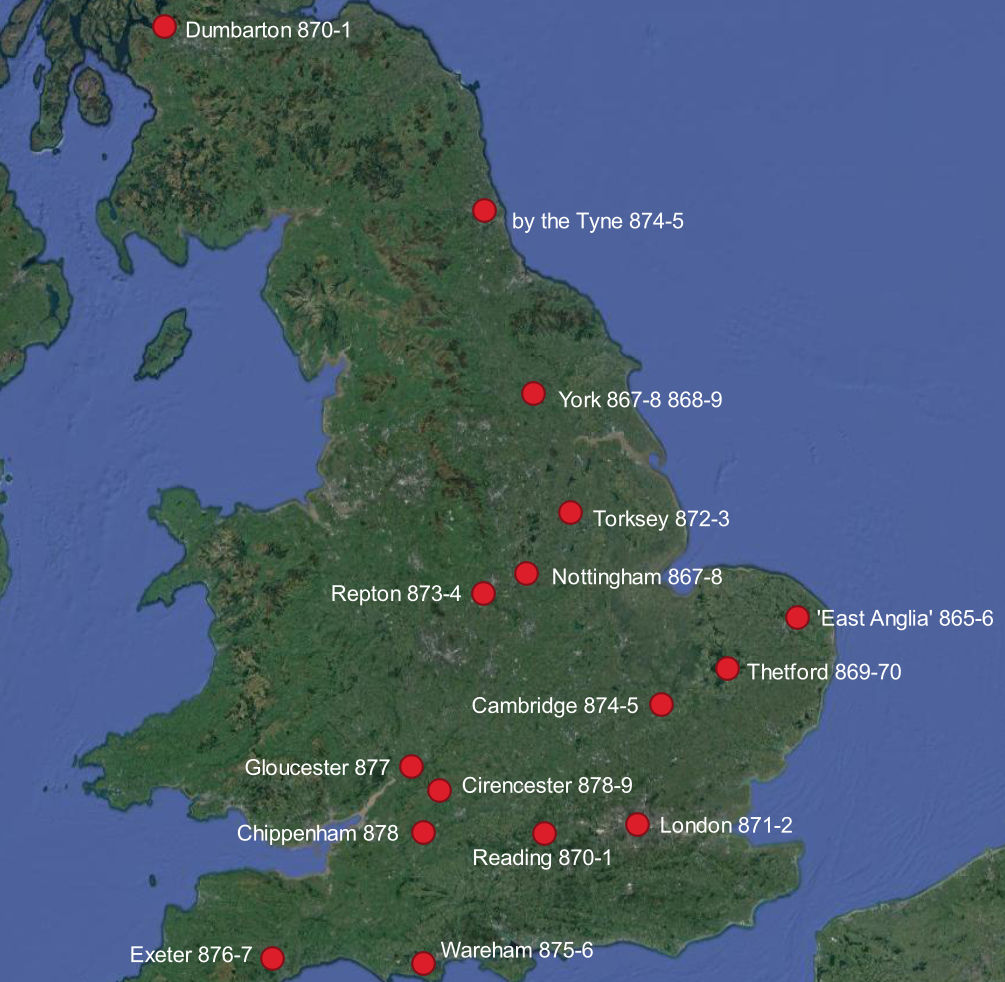 ”Where does the discovery at Torksey leave the only previously excavated Great Army camp at Repton, which served as the prototype for Viking encampments for a generation? The range and richness of the finds recovered from Torksey certainly shows what was missing at Repton, perhaps hidden under the later village where it could not be discovered by metal-detecting. Furthermore, the scale of the camp at Torksey (55 ha compared to only 0.4 ha within the D-shaped enclosure at Repton), and the lack of any enclosure or fortifications, must cast doubt upon the interpretation of Repton as the typical Viking winter camp, at least as representing the full extent of the Great Army camp site housing thousands of warriors, craftworkers, raiders, women and children.” 3

Next Page: The Viking Overwintering at Torksey