The Österfärneb was discovered in 1974 in of the wall of the church of Österfärnebo. It is not listed as a Sigurd runestone by the Rundata project.

Only the bottom part of the runestone remains. The inscription is reconstructed based upon a drawing made during a runestone survey in 1690 by Ulf Christoffersson. The inscription originally included several figures from the Sigurd story, including a bird, the dwarf Andvari with the ring, and a horse. 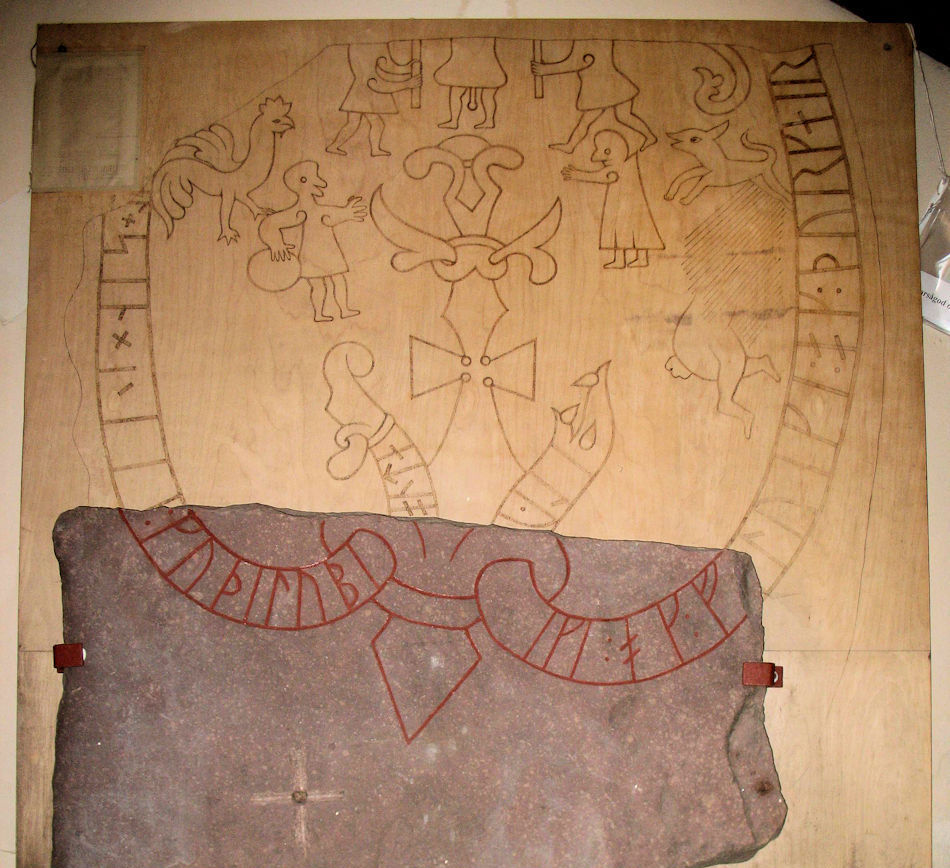 The Österfärnebo Runestone
(click on the image to enlarge)