Religion in the Viking Age 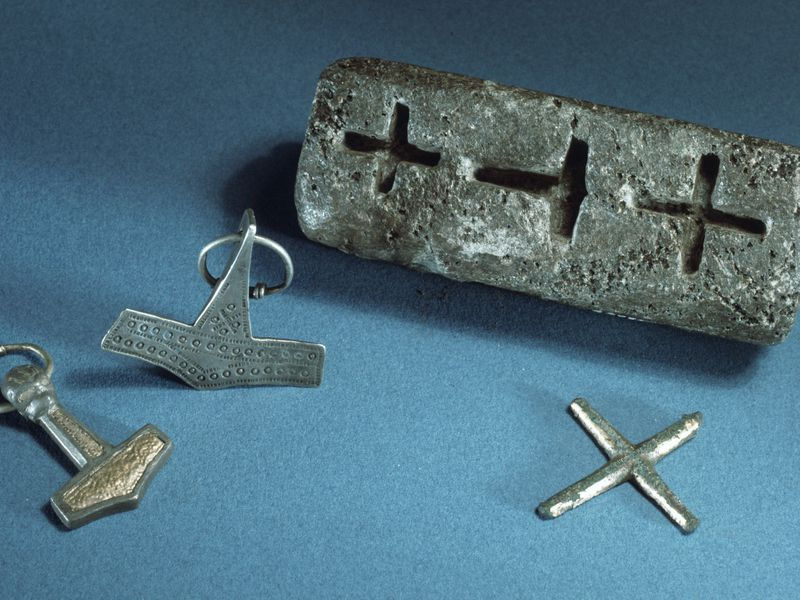 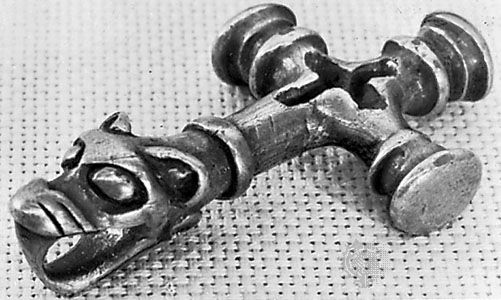 “Norse pagan belief may have been, on the other hand, more inclusive if not syncretistic (allowing of amalgamation of religions). They recognised parallels between their local gods and those they were exposed to through their travels or the arrival of merchants and Christian missionaries to their homeland. There was “a tradition of comparison, in which the Christian Lord appears at first as just one more deity of the sky” (DuBois, 1999, p. 61). Thus, they even allowed a foreign deity to be brought into their pantheon.

As concrete evidence, perhaps suggesting at least a syncretistic tendency on behalf of the Norse, there is a soapstone mold in the National Museum of Denmark for casting both the Christian cross and Mjöllnir, Thor’s hammer (Lindow, 2001 p. 28). Further tangible evidence is provided by an amulet that was found in southern Iceland that seems to be a combination of a cross and a Thor’s hammer; one end of it bears the head of a monster, presumably a heathen symbol.”