The Vikings in the Isle of Man 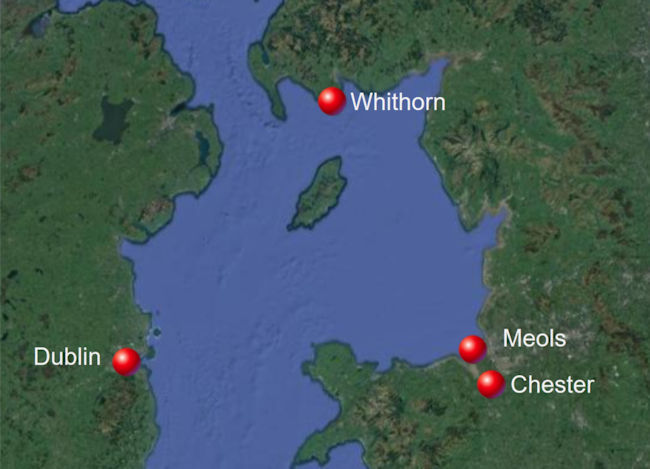 In 1981, at the Ninth Viking Congress held in the Isle of Man, Marshall Cubban commented on the archaeological evidence for the Vikings in Man:

“The Isle of Man, with its safe harbours and rich agricultural land, as an island, and in its nodal position at the centre of the Irish Sea, would have offered attractions to the Norse Vikings who sailed southwards through the Hebrides into the Irish Sea basin.” (Cubban, 1983, p.13) 1

Despite this, no early archaeological evidence of the Vikings had been discovered on the Island.

”It is inconceivable that the raiders, who were working down the east coast of Ireland – where they ultimately established a series of fortified sites (‘longphoirt’), of which the most important was Dublin, founded in 841 – would have overlooked Man as they sailed southwards through the Northern and Western Isle of Scotland to raid in Ireland and Wales.” (Wilson, 2008, p. 23) 2

He gives several reasons for assuming this:

• Much of the Island is ringed by sheer cliffs, while the currents can be treacherous.

• Excavations of pre-Norse farms on the Island show a subsistence level of existence – certainly nothing rich enough to attract raiders, while even the monastery of Maughold was poor in comparison to the rich monasteries in Ireland.

• The presence of the major markets at Dublin, Whithorn and Meols (see map at the top of this page) meant that, at this time, the Isle of Man had no meaningful role in international trade. 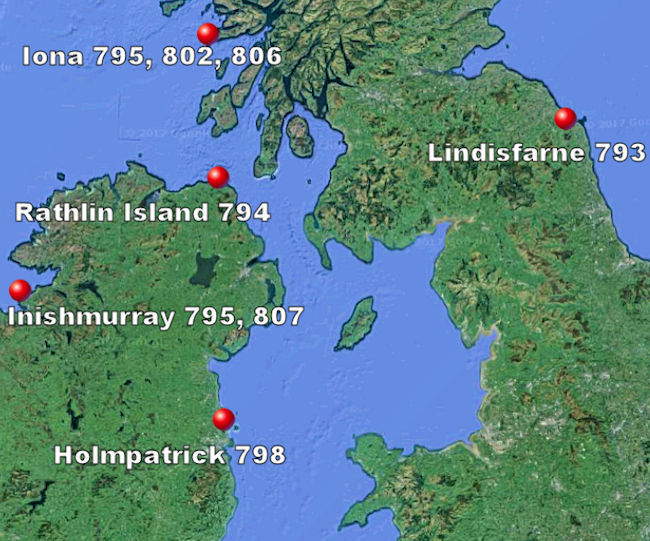 Next Page: The Viking Age Archaeology of the Isle of Man