The Sea Stallion from Glendalough 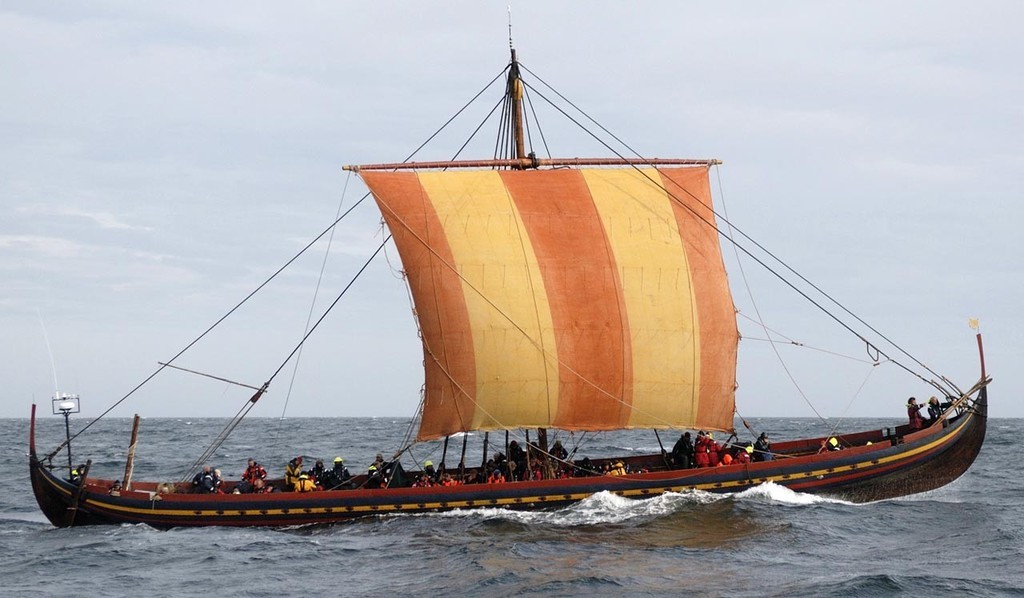 Skuldelev 2 is a war machine, built to carry many warriors at high speed. With a crew of 65-70 men, it was a chieftain’s ship, like those praised in ancient scaldic verse and sagas.

Tree-ring analysis of the timber show that the ship was built of oak in the vicinity of Dublin around 1042. Vikings settled in Ireland in AD 800 and established several fortified bases along the Irish coast. These bases developed into towns, which today is amongst the biggest in Ireland. Here Vikings lived as merchants, mercenary soldiers and shipbuilders.

The long, narrow shape of the ship and the enormous sail allowed at great speed. And the manning of 60 oars made it possible to keep the ship moving even without wind.

The Viking Ship Museum’s reconstruction of Skuldelev 2, The Sea Stallion from Glendalough, is on display in the Museum Harbour.

The reconstruction was built in the shipyard of the Viking Ship Museum in Roskilde, Denmark. It took four years to build and was finished in 2004.

The Voyage from Roskilde to Dublin

The voyage from Roskilde took the northern route, around the coast of south west Norway and across to Orkney. Then down the western coast of Scotland, pass the Isle of Man and so to Dublin.
This was the most usual route for ships sailing from Ireland to Scandinavia.

The Voyage from Dublin to Roskilde

The return voyage was the southern route: sailing south from Dublin down to Wicklow, around Land’s End, along the southern and south-eastern coast of England, across to the coast of Holland , and then north to Denmark.

Despite the often vicious weather that the Sea Stallion encountered, the ship behaved perfectly throughout the whole voyage, demonstrating the excellent seaworthy qualities of the Viking ships.

This short video of the run from Torquay demonstrates how well the Sea Stallion performed in extreme weather conditions.

You may also be interested in Alva Mac Gowan’s account of sailing on the voyage to Dublin: Let’s go a Viking: Sailing on the Sea Stallion of Glendalough 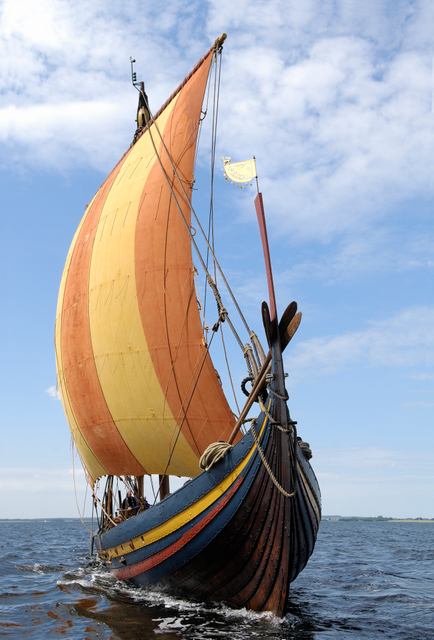 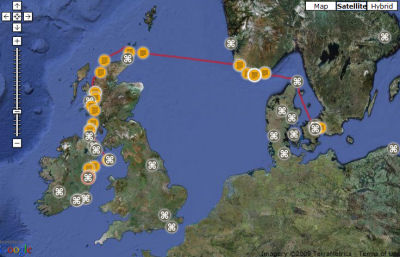 The Voyage from Roskilde to Dublin 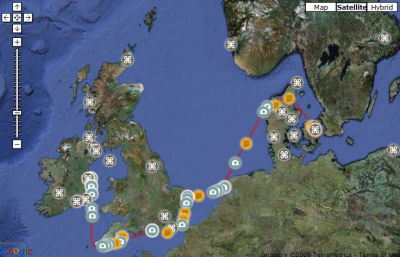 The Voyage from Dublin to Roskilde