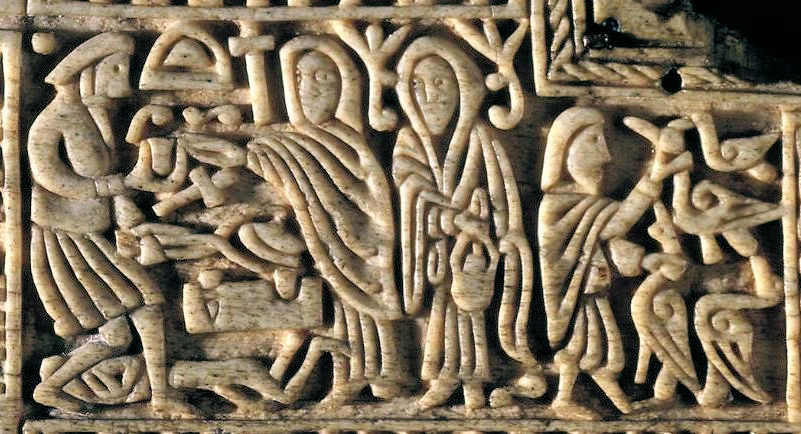 Part of the Front Panel of the Franks Casket

The earliest Anglo-Saxon depiction of the Wayland legend is on the front panel of the Franks Casket.

The scene is a composite one, showing several aspects of the myth. To the left of the scene stands Wayland at his forge, with his smith’s tools. The decapitated body of one of King Niðhad’s sons lies at his feet. He is holding one of the goblets, fashioned from the skull, which he is offering to a woman – presumably the king’s daughter, Bodvild. The second female figure in the scene is either a female attendant, or a second representation of Bodvild.

To the right of the scene a male figure, either Wayland himself, or one of his brothers, is strangling the royal geese to obtain the feathers to make the flying machine.

This extraordinary scene appears immediately to the left of a depiction of the three Magi presenting their gifts to Mary and the Christ child.

There is an Anglo-Scandinavian cross in Leeds Parish Church which has a scene showing Wayland and his flying machine. There are also three fragments of cross shafts – one in Leeds museum, one in Bedale and one in Sherbourne that show the same scene.

It must be admitted, however, that interpretation of these scenes would have been extremely difficult without the information provided on the Ardre Picture Stone from Gotland. 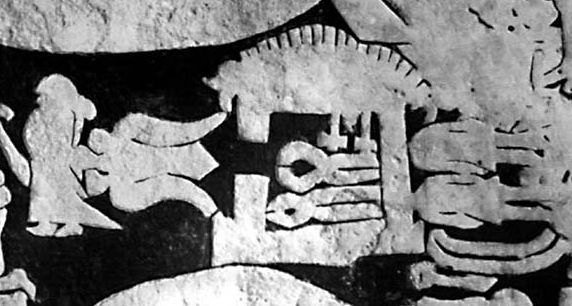 The Walnd scene from the Ardre Picture Stone from Gotland.

To the left of the scene is a female figure (Bodvild). Immediately behind her is the winged figure of Wayland.

Next the forge and furnace, together with the smith’s tools is shown, and on the far right lie the decapitated bodies of King Niðhad’s sons.

The scenes shown of the Leeds Cross and the other three fragments are are much less explicit, but can be interpreted with the help of the Ardre Stone. 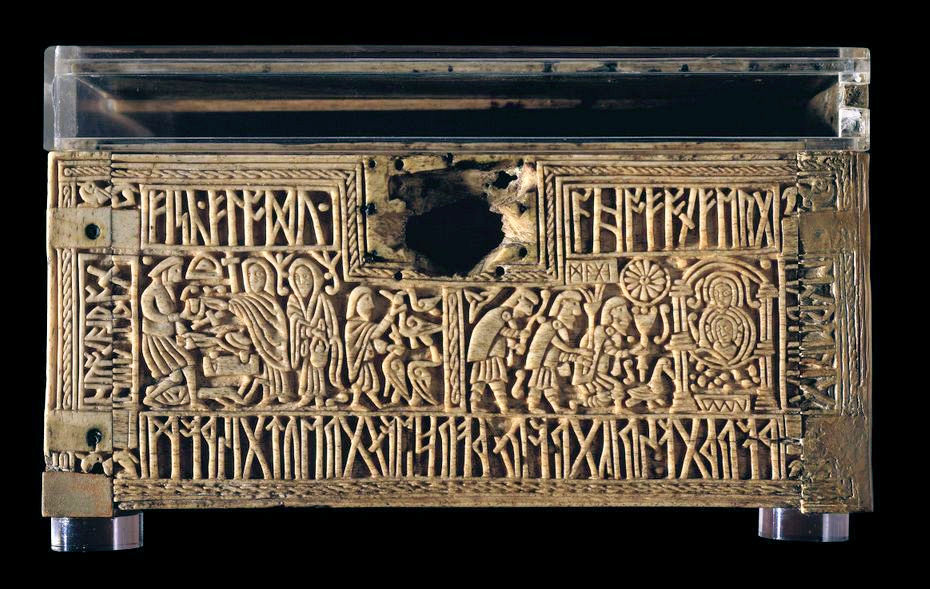 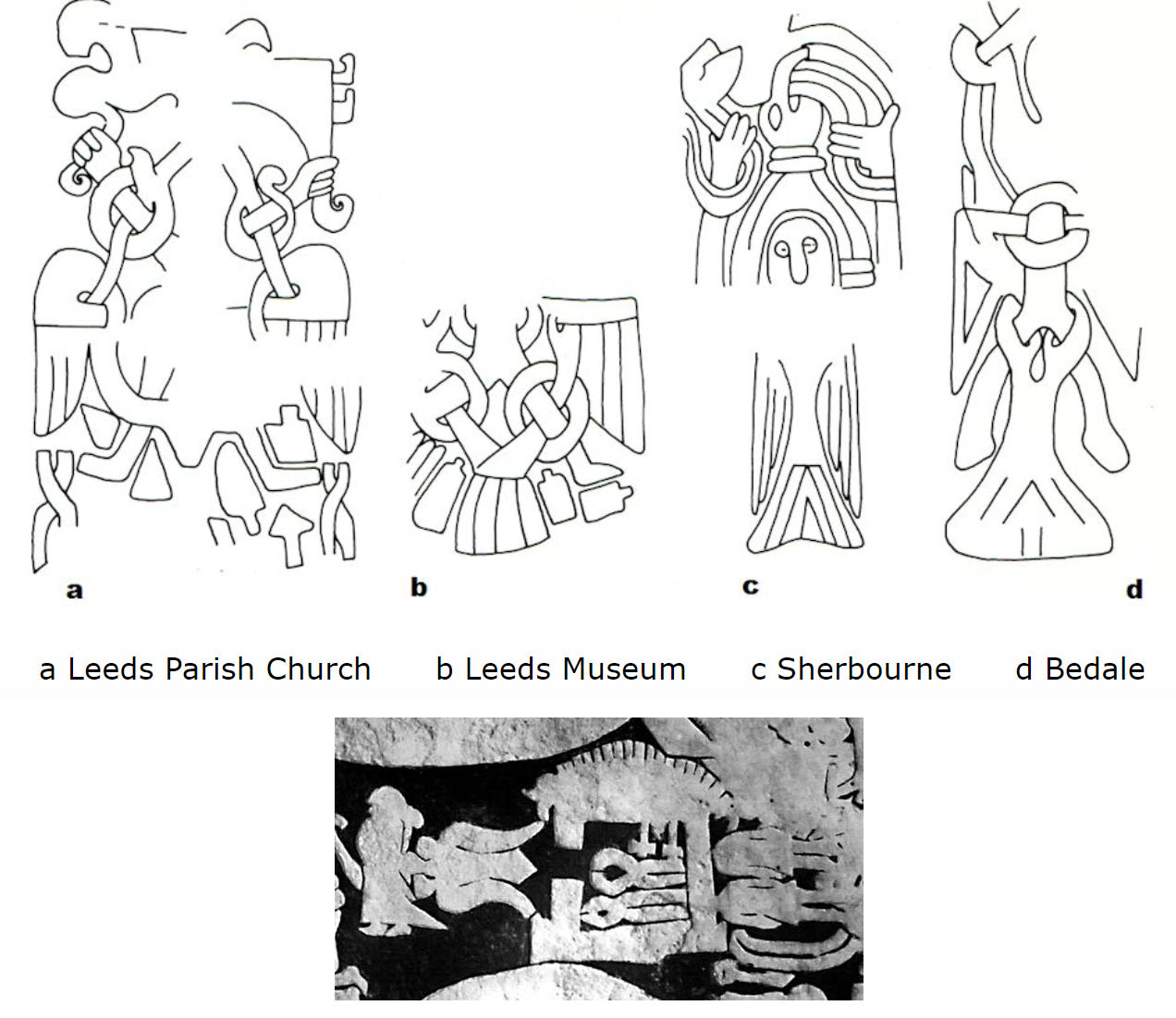