Tephrochronology and the dating of the Settlement 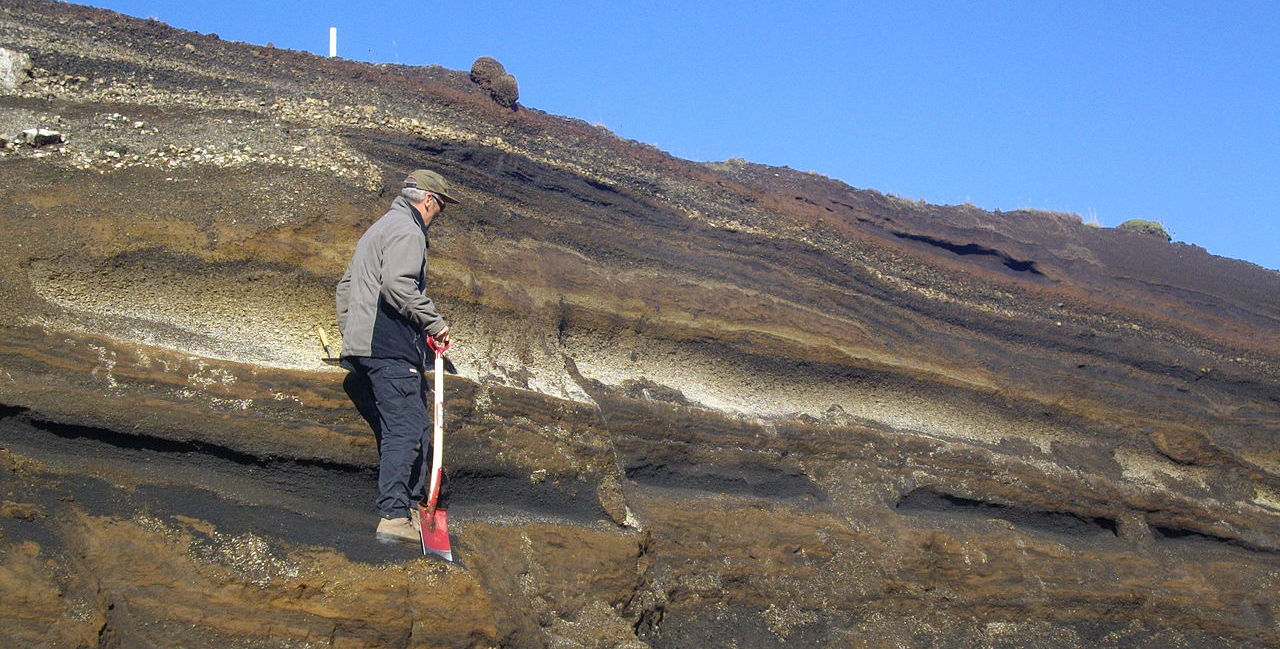 Tephra horizons in south-central Iceland. The thick and light coloured layer at the height of the volcanologist’s hands is rhyolitic tephra from Hekla.
Image: Wikimedia Commons
(click on the image to enlarge)

The Íslendingabók and the Landnámabók date the founding of Reykjavík by Ingólfur Arnarson and Hjörleifr Hróðmarsson to 874, but archaeology has suggested a more precise date for the settlement of Iceland.

There had been puzzling discrepancies in various C14 dates where birch charcoal dates centred around 780 while barley grains centred around 890, much closer to the historic dates. It appears that much of the firewood used was old, dead wood and this has skewed the dating.

However, the volcanic nature of Iceland means that another form of dating can be applied. Tephrochronology – the use of layers of volcanic ash as a dating medium. These ash layers have different chemical signatures, and so can be identified.

A layer that has particular importance for archaeology is the Landnám Tephra – a layer of volcanic ash that predates the earliest settlement and covers much of Iceland.

This layer was recognised in ice core samples taken in Greenland. The annual snowfalls in Greenland can be recognized and dated, so that it has been possible to assign to the Landnám Tephra a date of 871±2.