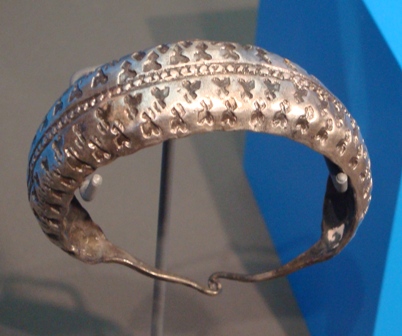 The hoard was discovered in 1807 close to the boundary between the parishes of Bossal and Flaxton. It consisted of coin, bullion and an arm ring in a leaden box.