The Saga of Erik the Red refers to the farm of Brattahlid at Eriksfjord. Here are stone foundations of later medieval buildings. Since the 19th century excavations have been carried out here to try to find the late 9th and 10th century levels, but without success.

In 1961, work started on the building of a school hostel at Qassiarsuk – a small modern village a few hundred metres away from Brattahlid. During the course of the work several human skulls were unearthed and in 1962 – 5 excavations took place here which revealed a cemetery of c. 150 individuals buried around a small (2 x 3.5 m) turf-built church.

Nine of the skeletons were dated by radiocarbon and returned dates in the 1000 – 1100/1200 range (the uncertainty over the later date is caused by methodological factors). There were no later dates and there was very little intercutting of graves – which would imply that the cemetery had a relatively short period of use.

Some people have seen this church as being the one referred to in Erik the Red’s Saga. Accding to the saga, Erik’s son, Leif the Lucky, introduced Christianity to Greenland c. 1000. Erik himself did not become a Christian, but his wife, Thojdhild, did and she built a church but had it sited some distance from the farmstead so as not to antagonise Erik.

Analysis of the skeletons show that few people lived beyond the age of 45. Those that didn’t die in infancy, and managed to attain the age of 20 lived for an average of a further 15 years.

Among the disarticulated remains of 13 people in a mass grave, were three individuals with head wounds caused by a sharp weapon such as an axe or a sword. It may well be that the occupants of this grave were victims of combat.

Next Page: The Farm Beneath the Sand 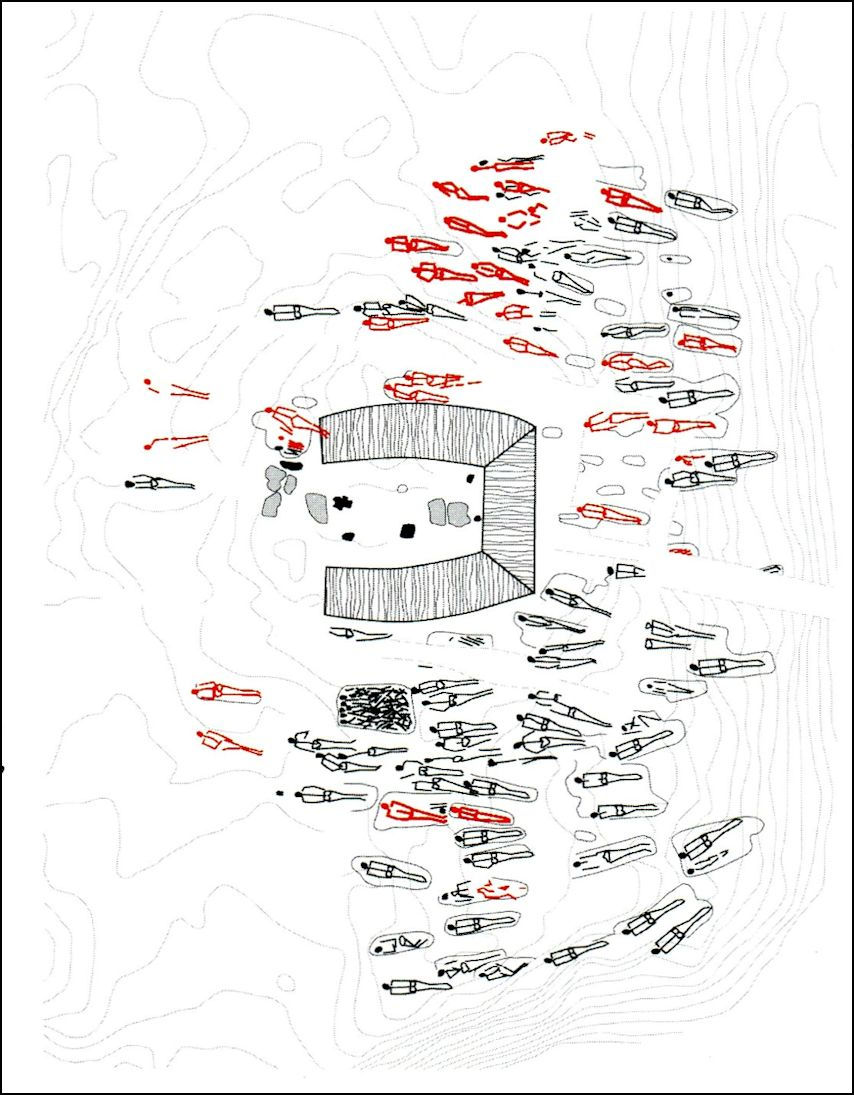