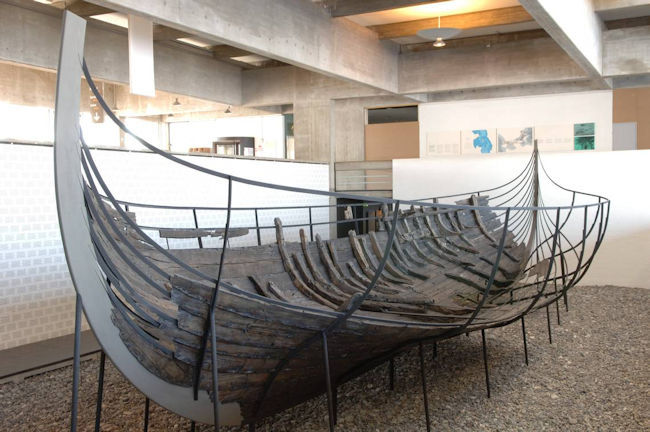 The ship is built of heavy pine planks, and has a rounded form that gives it a high loading capacity and great seaworthiness on the North Atlantic. It is repeatedly repaired with oak near the Oslo Fjord and eastern Denmark.

The ocean-going trader could have sailed all over the North Sea and the Baltic as well as in the North Atlantic. The ship and its cargo may have been owned by a chieftain or cooperatively by a group of merchants sailing it on traditing expeditions to the European markets. The ship had decks fore and aft as well as an open hold amidships.

The Viking Ship Museum’s reconstruction of Skuldelev 1, Ottar, is on display in the Museum Harbour.