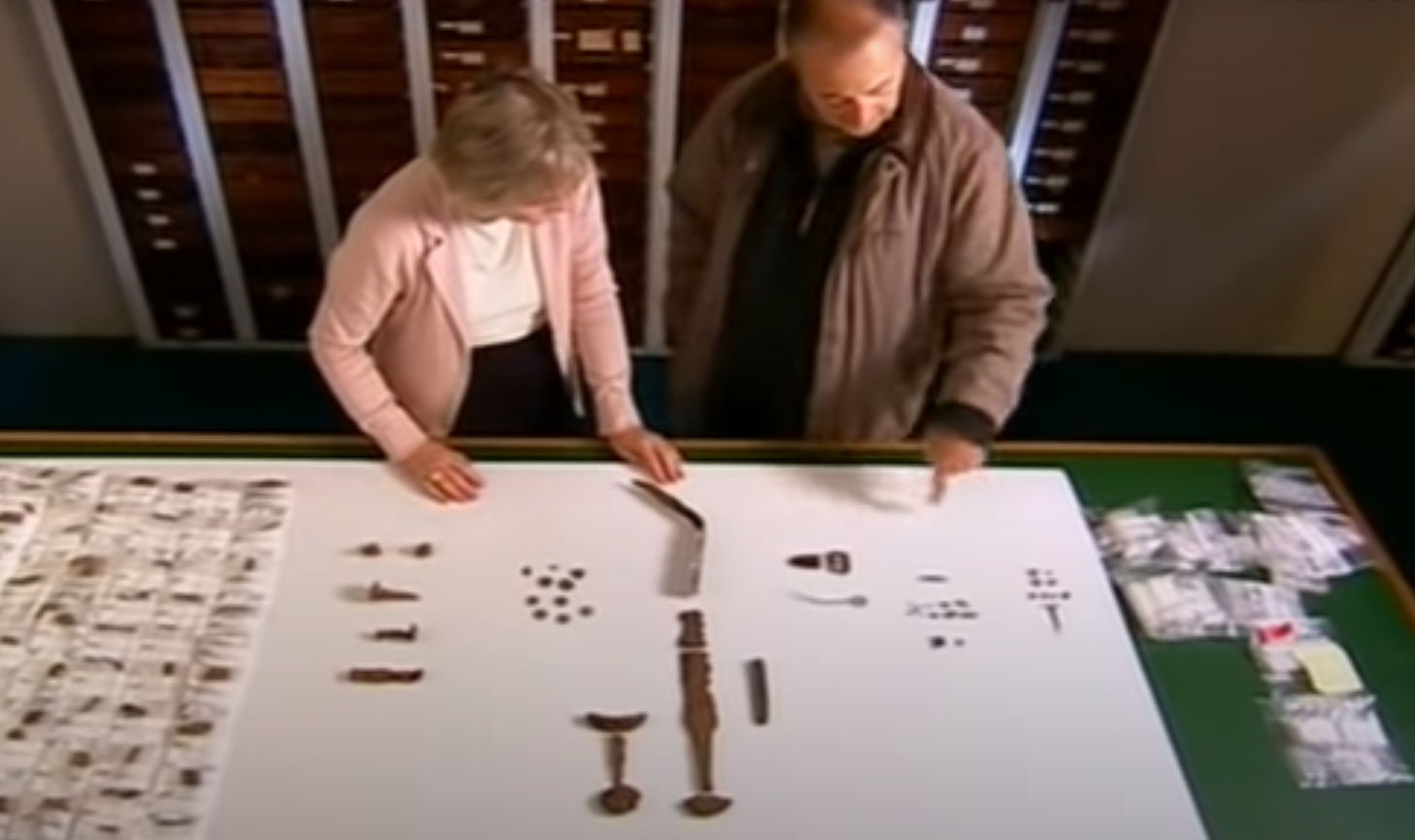 A scene from the Time Team Programme

The Ainsbrook Hoard is named after the two men who discovered the hoard, Mark Ainsley and Geoffrey Bambrook; it was covered in a special episode of the Channel 4 programme Time Team, first broadcast 14 January 2008.

The hoard dates to the late 10th century and consists of c. 130 objects of gold, silver (including 10 Anglo-Saxon coins), copper alloy, lead, iron, and stone objects.