The Gokstad Ship Burial and its Finds 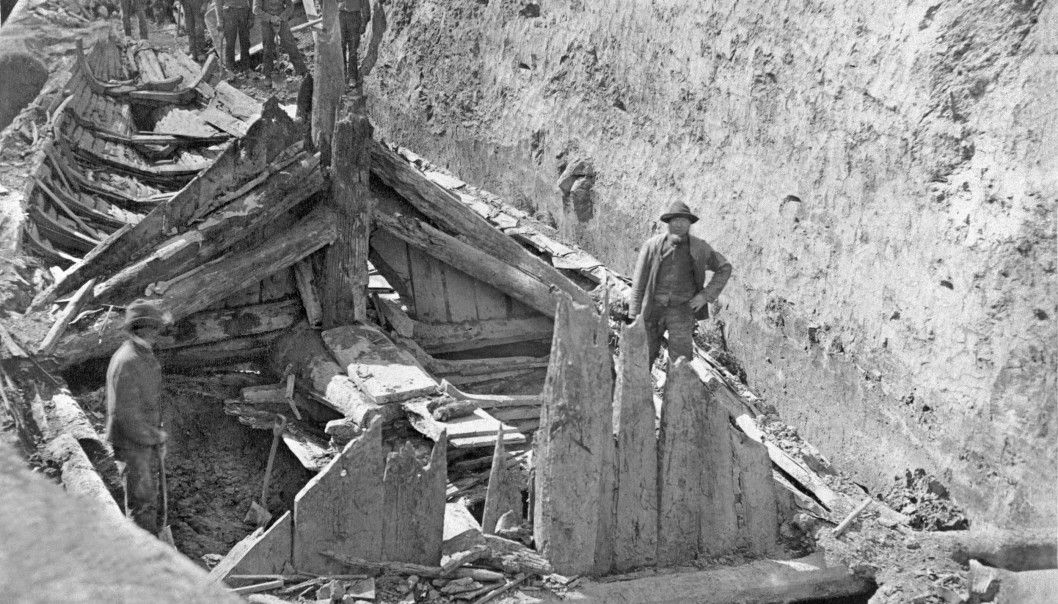 The Gokstad Ship was excavated in 1880. The excavations revealed a male human skeleton lying on a bed inside a timber-built burial chamber. The skeleton was aged between 40 and 50 years old, and had been a powerfully built man, between 181 and 183 cm tall.

He had been buried with twelve horses, six dogs, and one peacock which were laid out around his body. Other grave-goods included three small boats, a tent, a sledge, and riding equipment. No weapons or precious metals were found, and it is likely that the burial mound had been looted at some time. 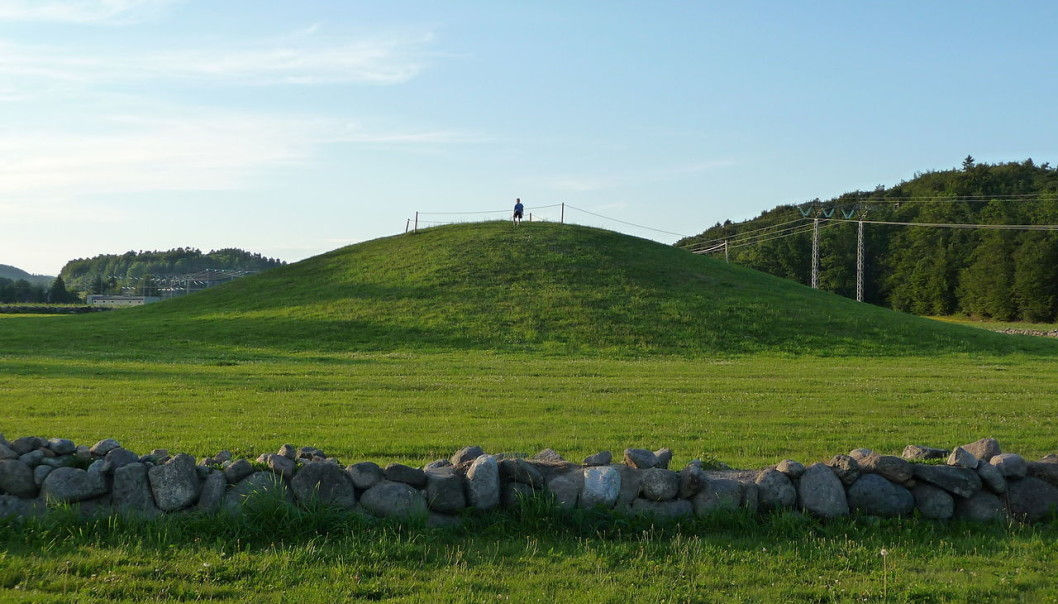 The Gokstad mound as it looks today 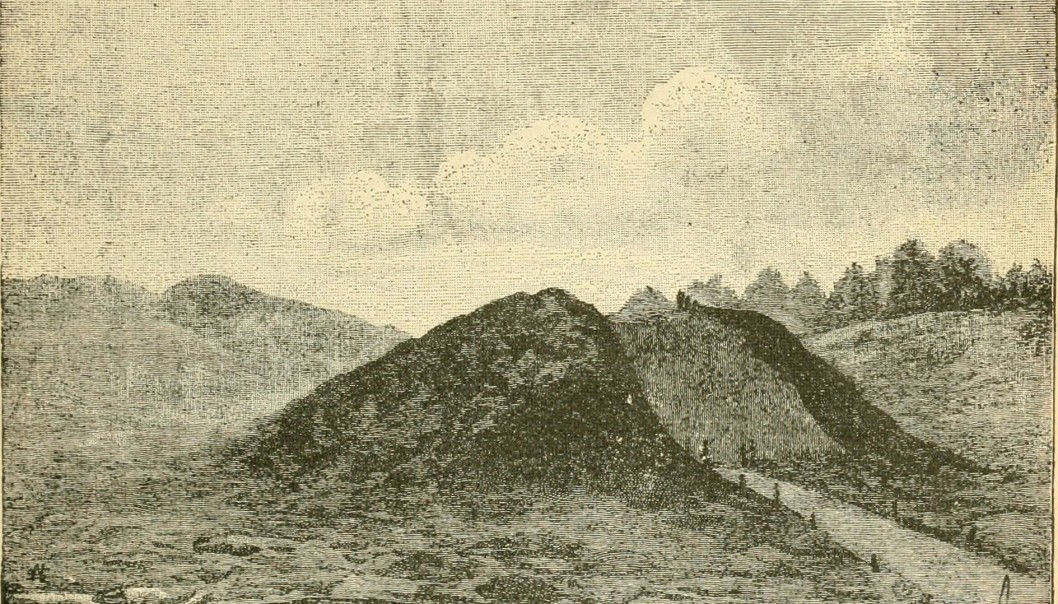 An illustration showing the excavation in the mound from the 1890s
Image: Smithsonian Institution 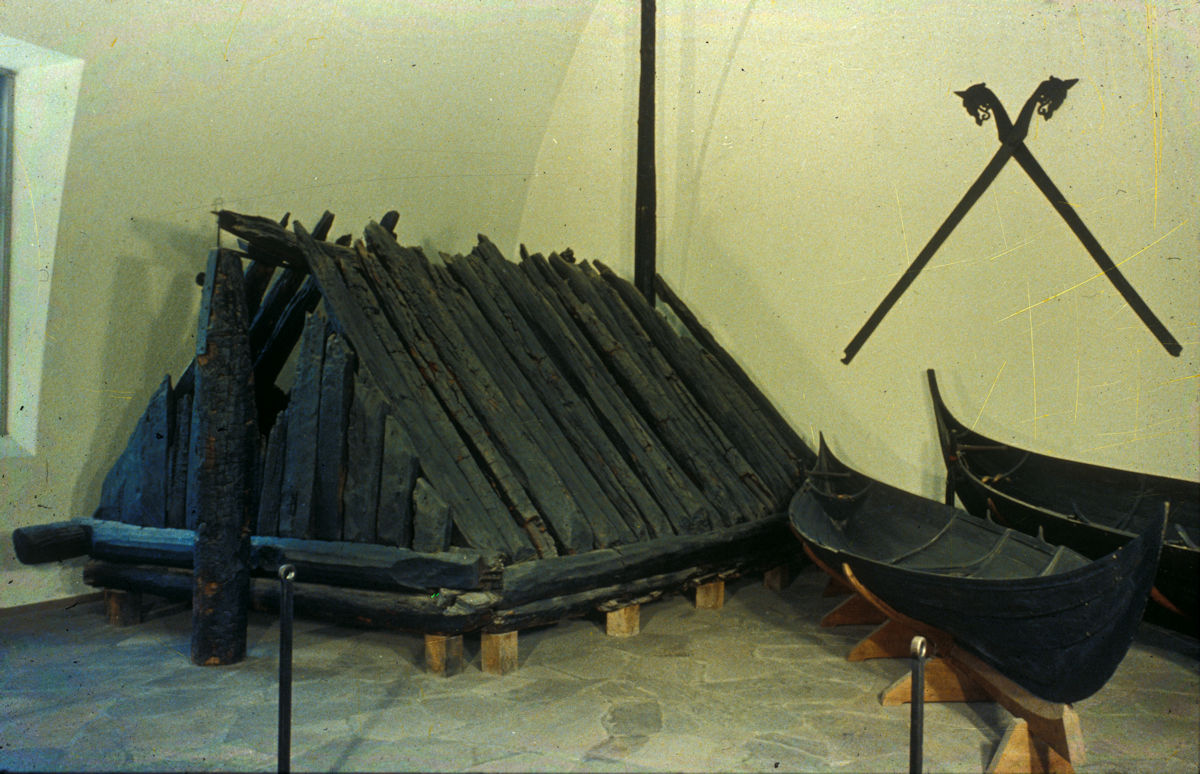 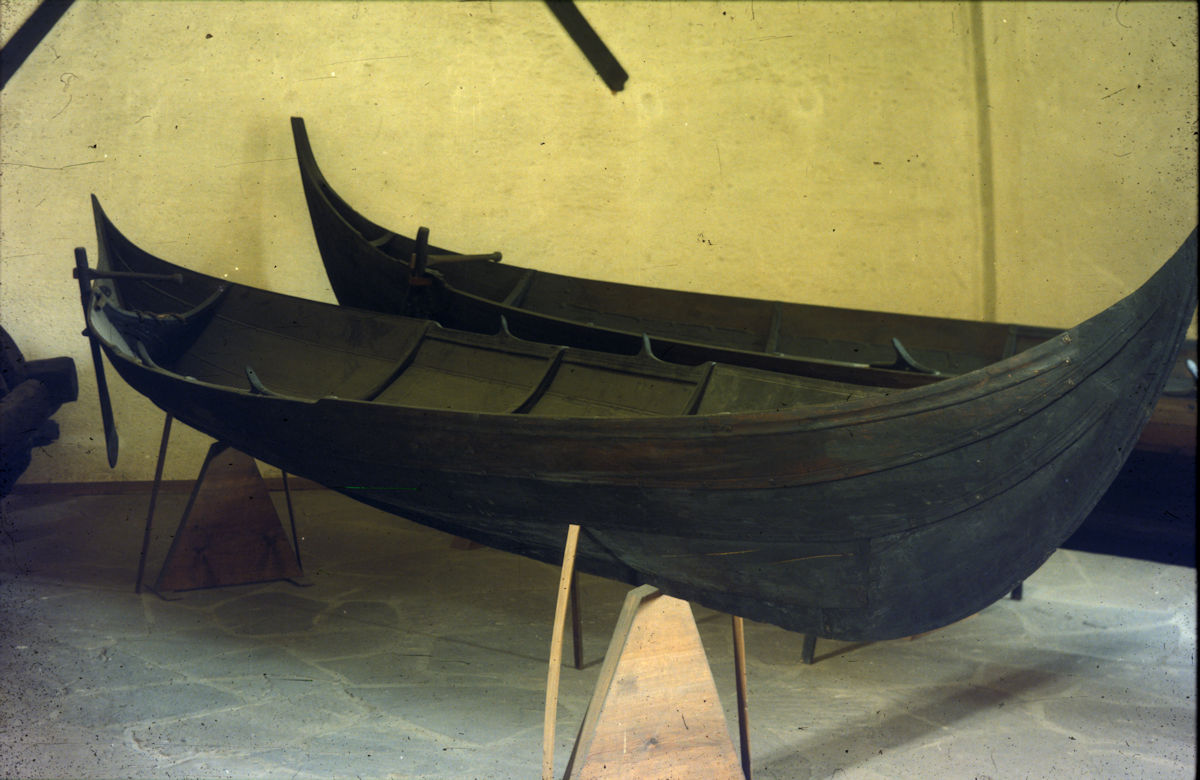 Two of the small boats 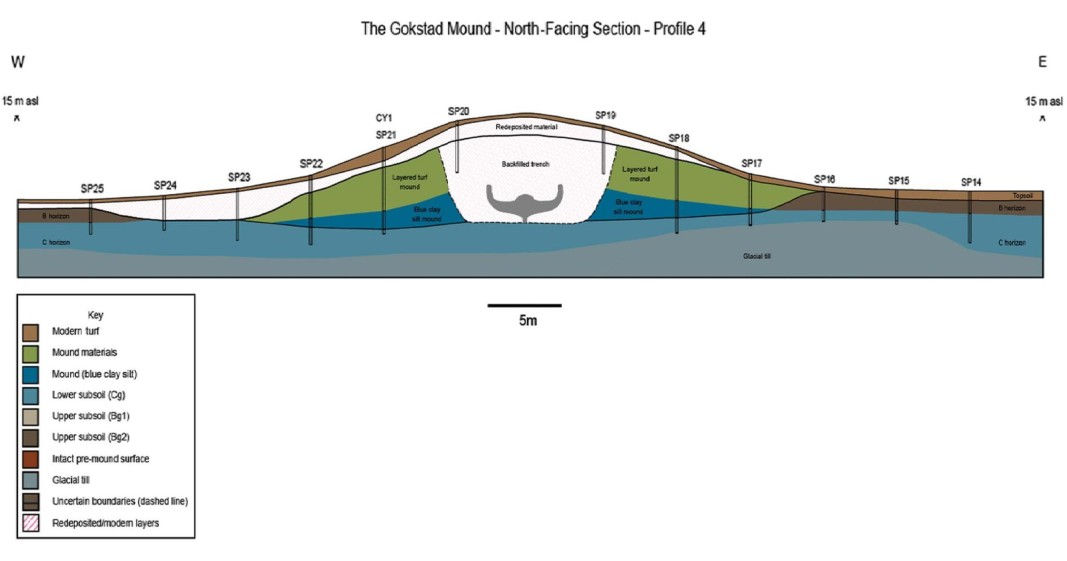