The Hunninge picture stone is from Gotland and may show scenes from the Sigurd legend.

At the top of the stone, there is a man on a horse with a dog meeting a woman and two men fighting near a dead man who is holding a ring. This may represent Sigurd and Brynhild, Sigurd and Gunnar fighting, and Sigurd’s death.

On the bottom left, a scene shows a woman watching the snake pit where Gunnar is lying, and at the bottom three men who may be Gunnar and Hogli attacking Atli. 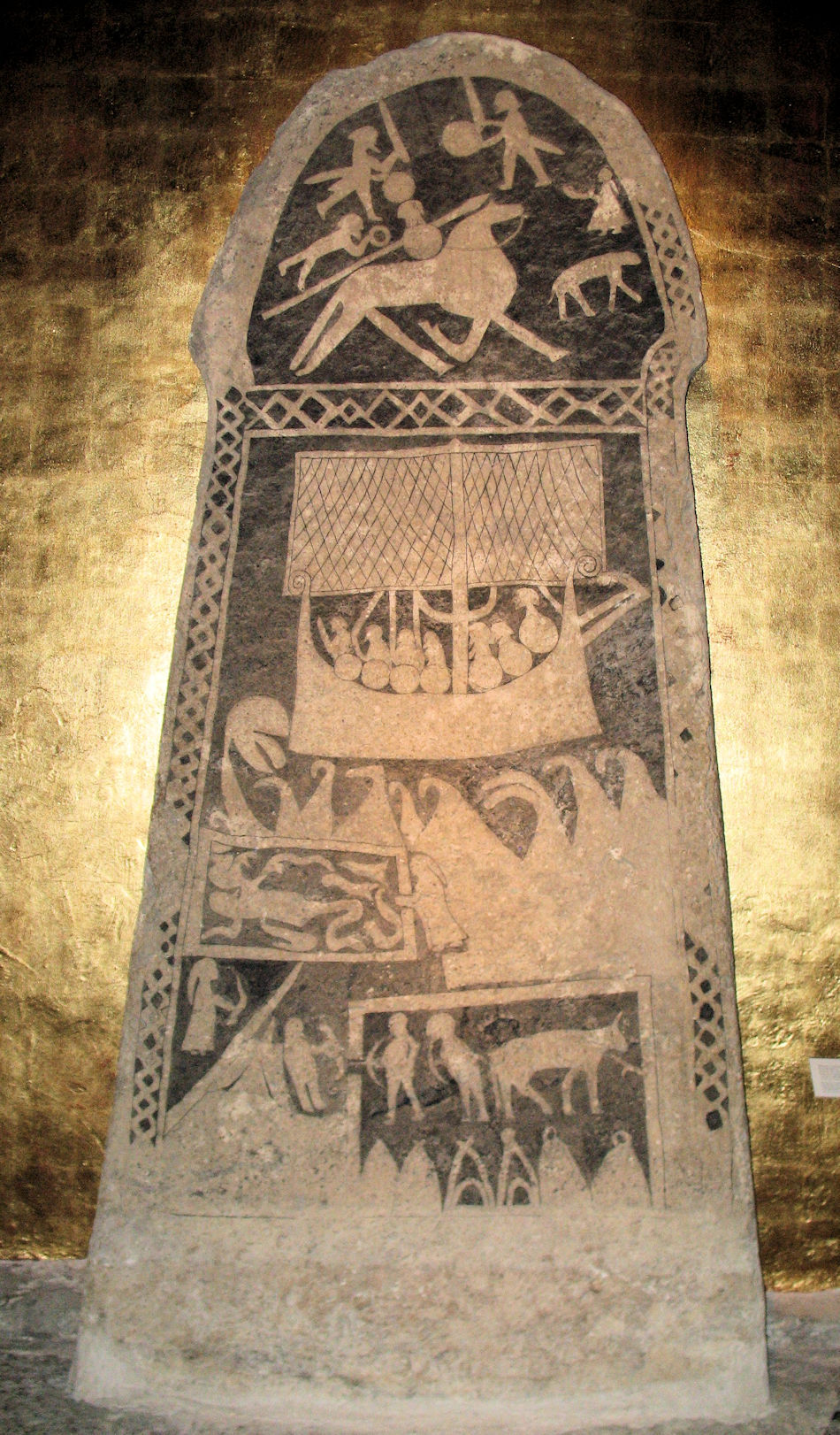 The Hunninge picture stone
(click on the image to enlarge)

Next Page: Sigurd Stones in England