Hogback monuments are carved stones shaped like Viking longhouses. They originated in the first half of the 10th century in areas of northern England that had been settled by Scandinavians. Hogbacks later spread to Scotland and there are single examples from Ireland (Castledermot) and Wales (Llanddewi Aberarth).

Hogbacks are decorated with interlace patterns, animals and stylized roof tiles. They often have clasping beasts at each end. Many of them have Jellinge-style decoration, indicating that the majority were carved before the end of the 10th century.

Despite the fact that some earlier hogbacks have pagan imagery, the fact that they are found in churchyards indicates that they were made for wealthy Christian Scandinavians.

It is usually assumed that hogbacks were placed as grave covers, but this is uncertain as no graves have been found in association with these monuments. The likely reason for this, of course, is that they hogbacks have been moved from their original positions.

There is some evidence to suggest that at least some hogbacks were part of composite monuments in association with stone crosses. (See Peter Snowball’s reconstruction of St Oswald’s Churchyard, Lythe)

Richard Bailey speaks of “a western predilection for tall narrow hogbacks which reveals itself at Gosforth, Penrith, Lowther, Aspatria, Appleby and Cross Canonby in Cumbria, Bolton-le-Sands in Lancashire and on a stone from Govan (Glasgow) whose ornament is clearly derived from Cumbria. On the east coast of Northumbria, notably at Lythe YN, there is a taste for low-pitched roofs and rectangular shapes and for tegulation using oblong shingles and rounded corners. Restricted to the west, with the important exception of Sockburh on Tees Du, is the type which decorates the wall with human figures (Penrith, Lowther, Gosforth, Cross Canonby and Bolton-le-Sands and the same area employs a motif of a snake curling its way along the bottom of the stone. Further north in Scotland there are extraordinary developments – like the stone at Meigle where the sculptor has turned the whole monument into a crouching beast – and other types which link to the English material: a stone on the Isle of Inchcolm, for example, arranges its ornament on panels in the same manner as hogbacks at Wycliffe Du, Lowther Cu, and Aspatria Cu.” 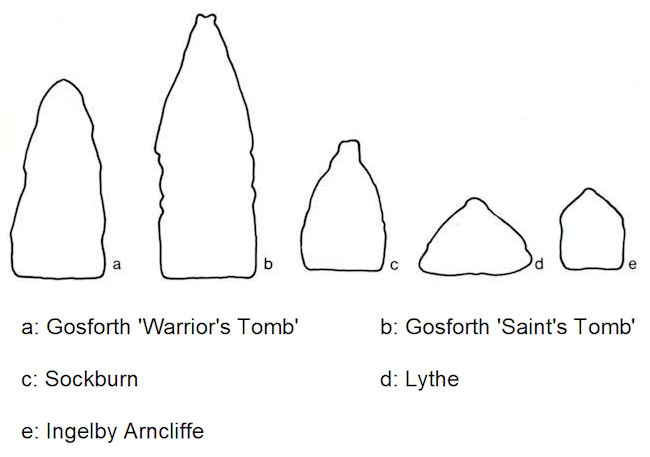 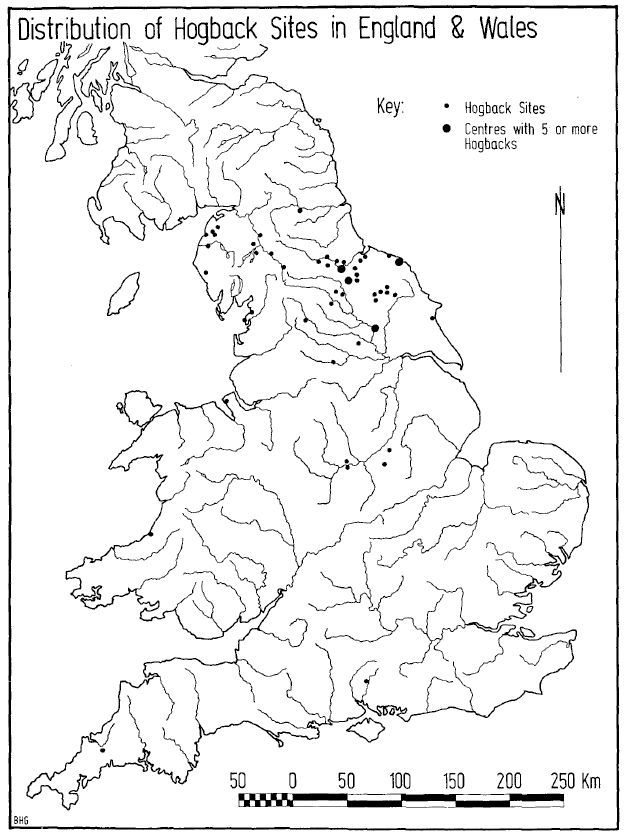 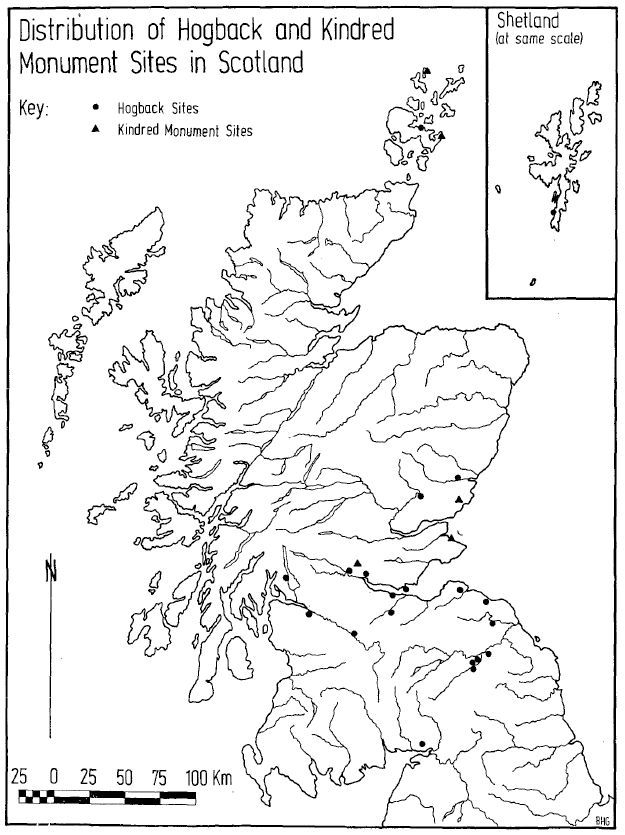