During the 19th century rebuilding of the Norman chuch the builders discovered a fragment of a hogback built into the fabric. The Rev William Slater Calverley described the hogback:

“I here give the two sides of an elaborately carved white-sandstone ridged and roofed house-shaped tomb of very remarkable character at Aspatria. It was brought to light from amongst the building material of the old church which was pulled down when the present church was built on its site. The fragment measures forty-six inches in length, twenty-seven inches in height, and eight inches in thickness.

“At the top is a tall, thin, highly decorated ridge three inches thick, having two zig-zag flat bands worked upon it, standing up about three inches from the roof below. Then comes, on a curved and bulged surface, an ornamented roof with recessed work, looking like two rows of delicately moulded tiles richly adorned with a simple Triquetra on each tile, only that the tiles could never be made to sit on such a rounded surface, and, moreover, between the two rows of this recessed work is a rounded band or syme, with a narrow flat riband twined gracefully round it plainly intended to bind down and hold the thatched roof with its decorations, in its place. Along the eaves is a broad band worked with a kind of key pattern. At the upper sinister corner of the higher figure, and the dexter corner of the lower figure, under the ridge and upon the upper row of devices, there is a raised portion and traces of an enlargement of the stone. I have sometimes thought the figure of a stag could be seen. The upright sides of this house are covered with inter lacing flat bands on one side, and the walls are strengthened with pilasters highly ornamented there has been a central broad pilaster and a narrower one at each end one end has been broken away the whole of this side has been covered with work done with a narrow or pointed tool. The other side has suffered by the stone having split off. Sufficient of the surface remains to show that it was covered with knot-work of double strands. The broad band at the eaves has disappeared, but sufficient of the roof and tall ridge remains to shew that both sides of the roof were of like design, though the walls differed in their ornamentation.”

From: ‘Notes on the Early Sulptured Crosses, Shrines and Monuments in the Present Diocese of Carisle’, by Rev William Slater Calverley, edited by W G Collingwood, published for the Cumberland and Westmorland Antiquarian and Archaeological Society, by Titus Wilson, Kendal, Westmorland, 1899, p. 16 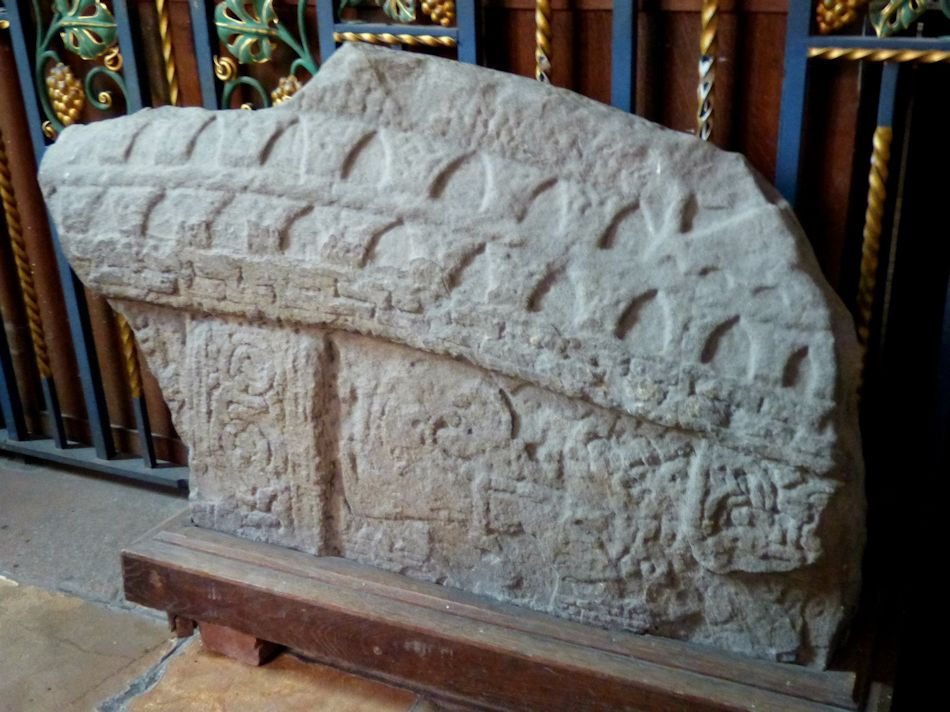 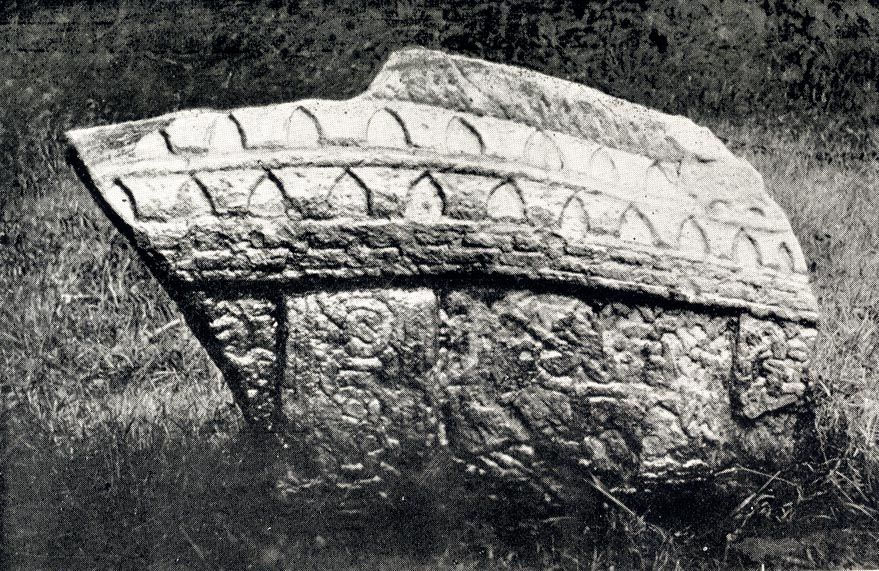 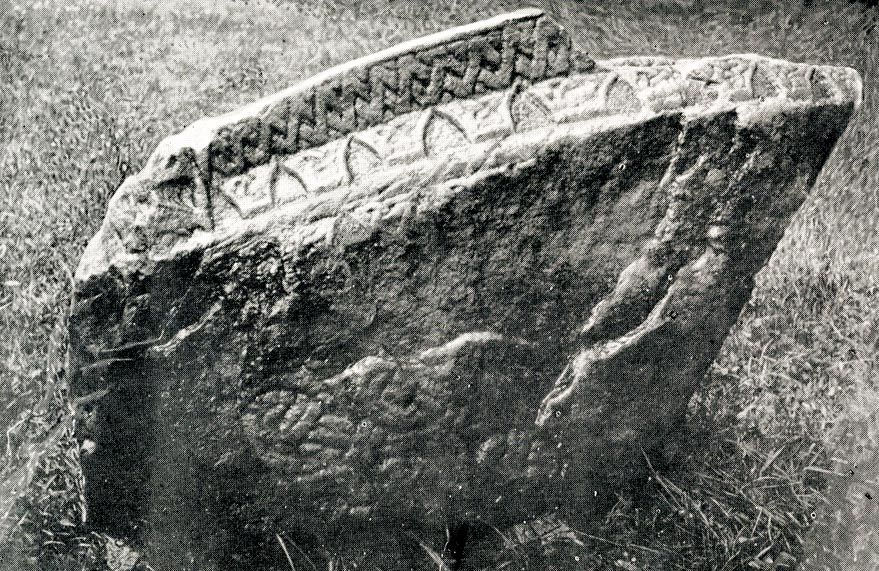 Aspatria Hogback (Black and White Photos by W L Fletcher, 1899) Click on the images to enlarge