The stone slab depicting Thor fishing is set in the wall of the Church of St Mary at Gosforth.

The upper part of the slab shows a Ringerike style quadruped. Below this is a band of interlace, and below that the fishing scene.

The story of Thor fishing is told in the Prose Edda. According to Snorri, one day Thor disguised himself as a youth and went to visit the giant Hymir.

Thor stayed the night and, next morning, Hymir got up early to go sea fishing in a rowing boat. Thor asked to go with him.

Hymir told Thor to get his own bait, so he went to a herd of oxen belonging to Hymir, selected the largest and cut off its head.

When they got in the boat, Thor started to row very quickly. He soon passed the point where Hymir usually fished. Hymir said that Thor should not row any further for fear of disturbing Jörmungandr, the Midgard Serpent, but Thor ignored him and rowed even further.

Finally, Thor stopped rowing and baited his hook with the ox head and flung it overboard.

The Midgard Serpent took the bait and the hook stuck fast in its mouth. It jerked away so hard that both Thor’s fists knocked against the gunwale, which made Thor extremely angry.

Thor exerted all his strength and dug his heels in so hard that they went through the bottom of the boat so that he was standing on the sea bottom.

He pulled the Midgard Serpent up on board, so that it stood glaring at him and belching poison.

Hymir panicked when he saw the serpent and, just as Thor raised his hammer to kill it, Hymir drew his knife and cut the line so that the serpent sank back into the sea.

Thor was furious. He struck Hymir, knocking him out of the boat. Thor himself waded back to land.

The legend of Thor fishing is also shown on a runestone at Altuna in Uppland, Sweden. In this example, Thor is shown alone in the boat and the Midgard Serpent’s body is intertwined around the bottom of the stone.

The legend is also illustrated in an 18th century manuscript of The Prose Edda (Manuscript SÁM 66 – Árni Magnússon Institute for Icelandic Studies), where Thor is shown raising his hammer to kill Jörmungandr and Hymir is shown drawing his knife to cut the line. 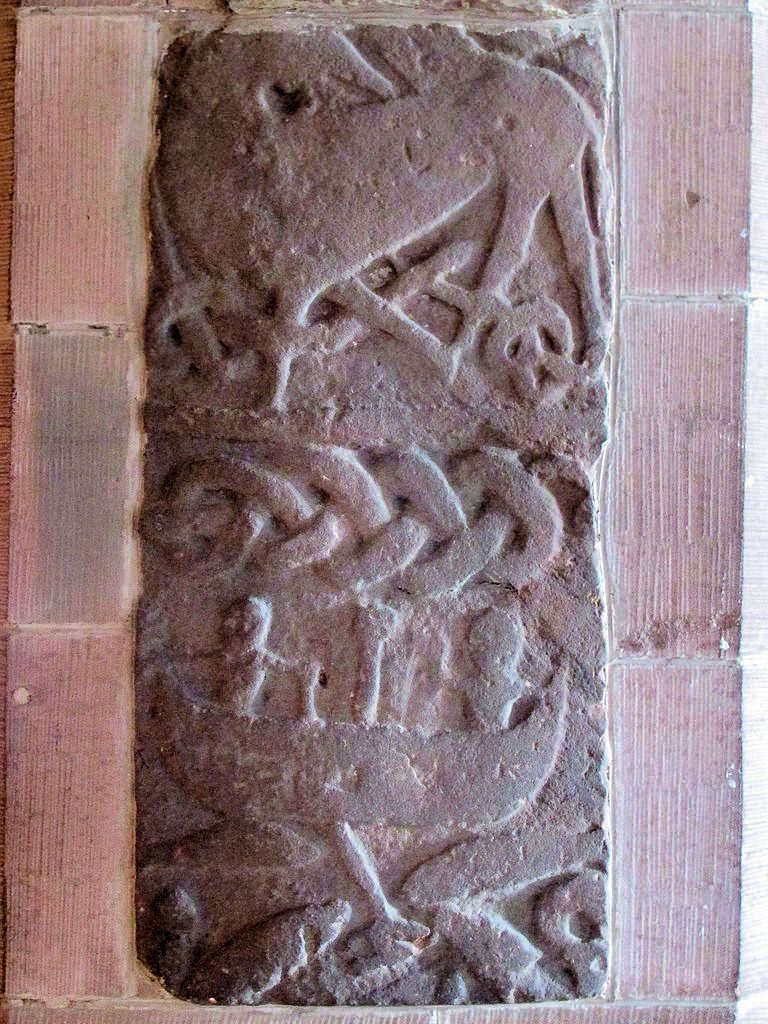 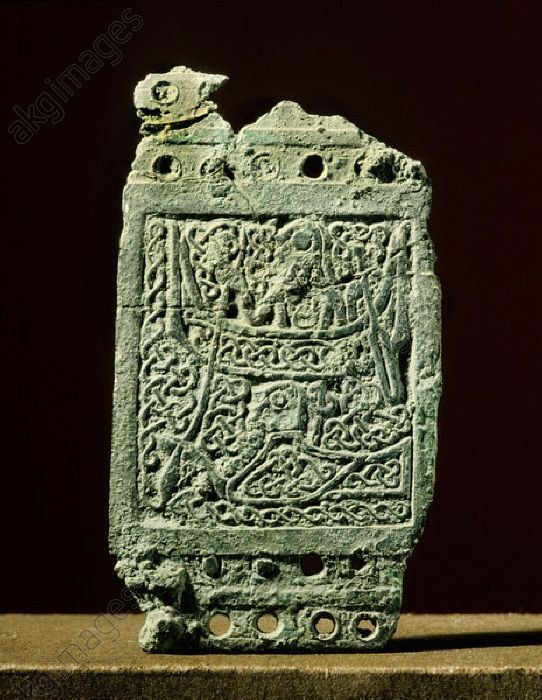 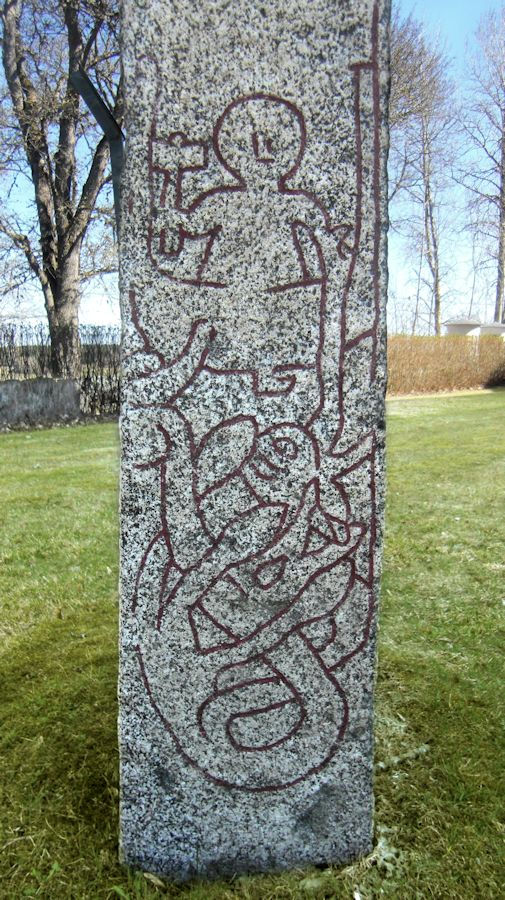 Runestone at Altuna in Uppland, Sweden
(click on the image to enlarge) 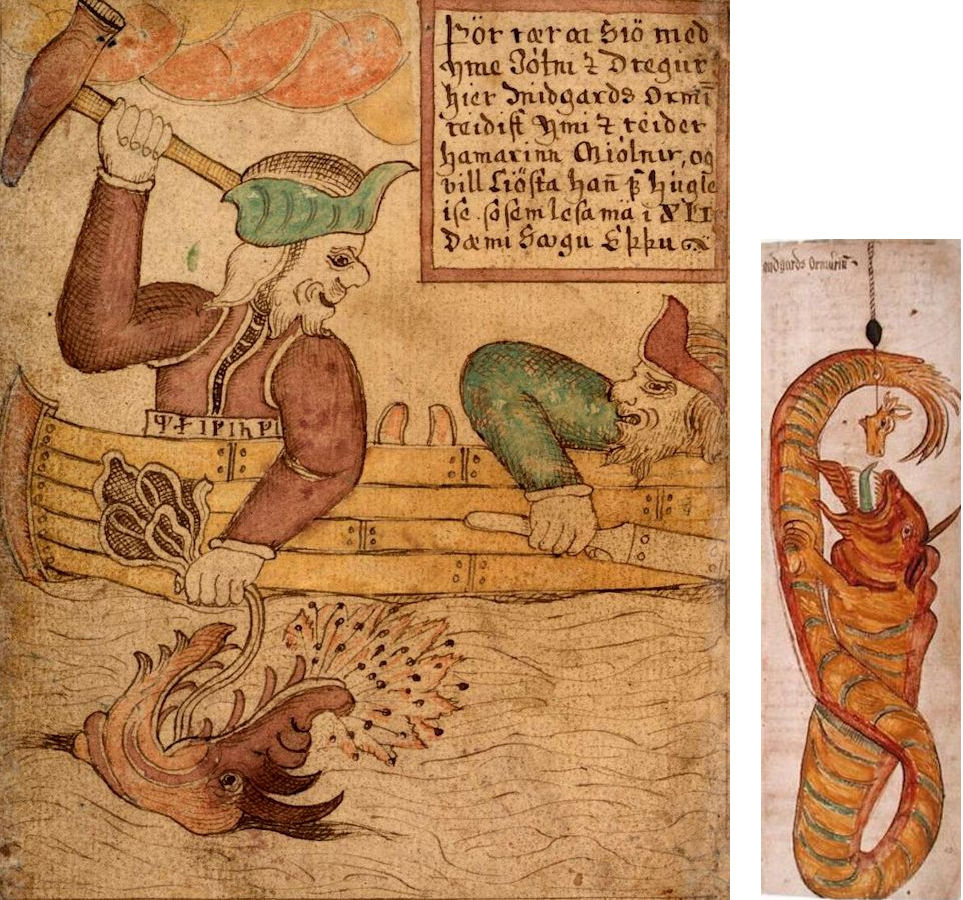