The Manufacture of Viking Oval Brooches

Many objects of personal adornment, such as brooches, were mass-produced in the Viking Age.

The technique of producing a mass-produced oval brooch, such as the 9th century example from Meløy, Norway shown on the right, is explained below.

The illustrations and descriptions are taken from “Mass Production in the Viking Age” by Signe Horn Fugelsang, in “From Viking to Crusader”, Else Roesdahl, et. al. (eds), 1992.

The image on the right shows Tortoise brooches from a grave in Hemlanden, Birka
Image: Wikimedia Commons (click on the image to enlarge) 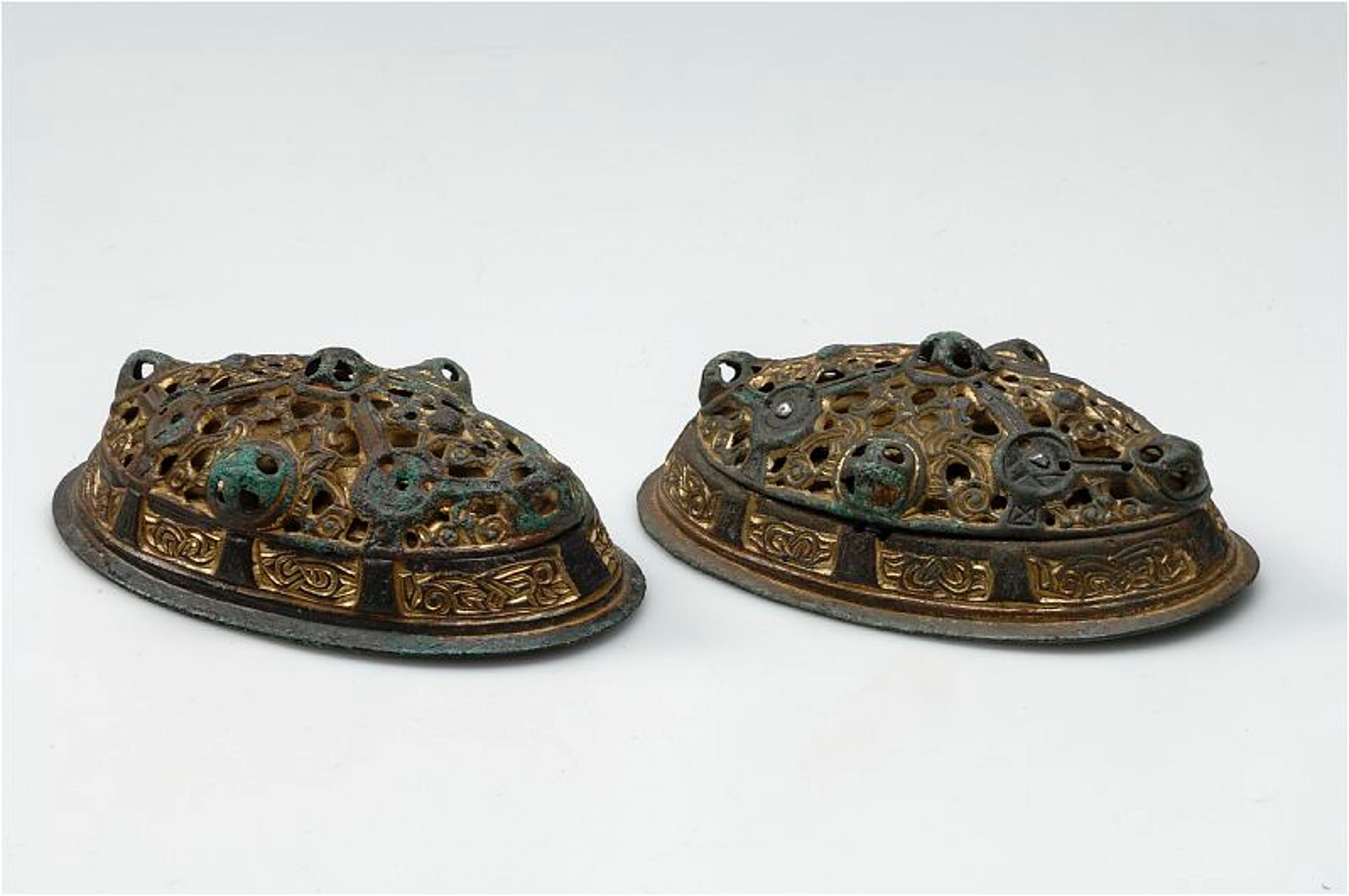 Next Page: The Hiddensee Treasure