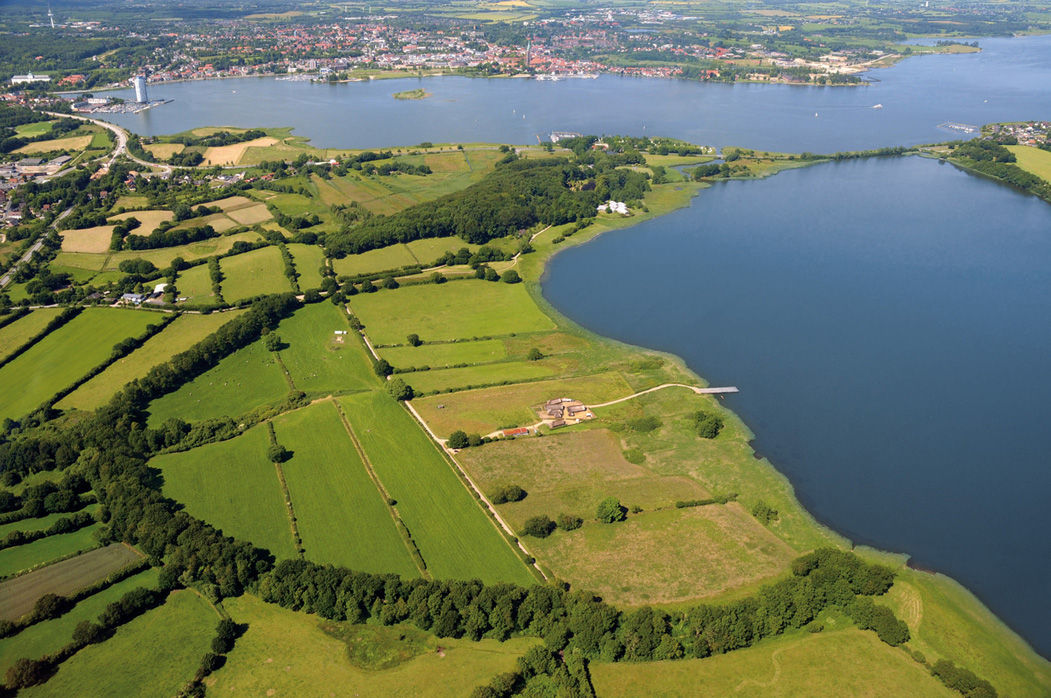 Aerial view of Hedeby
(click on the images to enlarge)

Hedeby, or Haithabu, was situated towards the southern end of the Jutland Peninsula at the head of a narrow navigable inlet known today as the Schlei which connects to the Baltic Sea.

The emporium of Hedeby flourished from the 8th to the 11th centuries. It is first mentioned in 804 in the Frankish chronicles of Einhard, who was in the service of Charlemagne, but was probably founded around 770. In 808 the Danish king Godfred destroyed a Slav trading centre called Reric and the Frankish chronicles record that he moved the merchants to Hedeby.

Hedeby had its own mint, which is the earliest known in Scandinavia. It probably alsdo had its own toll-house. Excavations have shown a wide range of crafts practiced there, including metal working, glass making, bone working, amber working pottery manufacture and ship repairing. At the height of settlement, Hedeby had a population of between 1,000 and 1,500 people.

In the 10th century, strong earth-and-timber ramparts were constructed, which linked the settlement to the Danevirke. Around this time, wooden piles were used to form sea barriers to protect the harbour.

In 1050, Hedeby was sacked by Harald Hardrada, and in 1066 it was sacked by the Wends.
By c. 1100, Hedeby had been replaced by Schleswig, which could more easily accommodate deeper draft vessels. The earliest levels of occupation at Schleswig date to 1071.

Recent excavations near Fushing in northern Germany have uncovered what may be the Danish royal military site of Sliasthorp, which was first recorded in 804. This site would have controlled trade and access to Hedeby. (click here for further information) 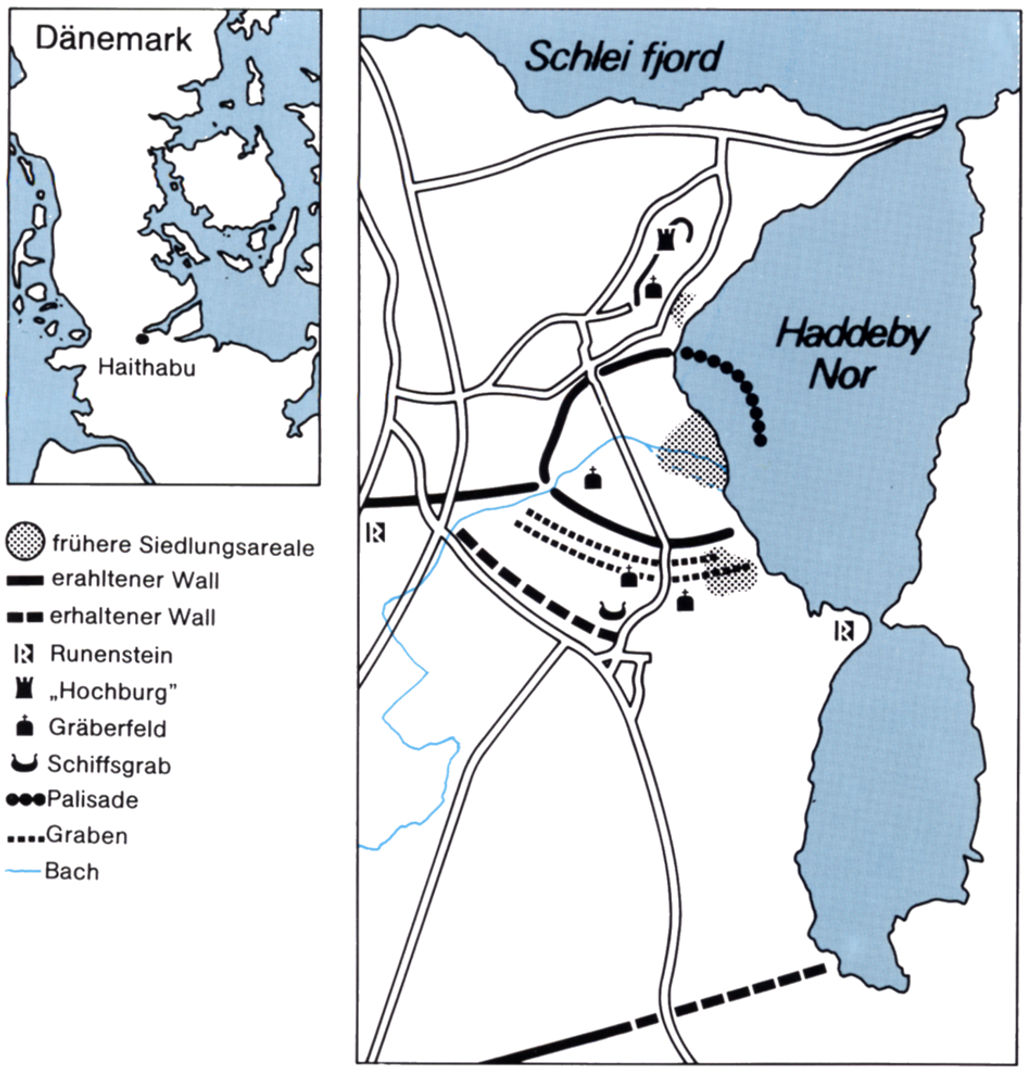 The Location of Hedeby 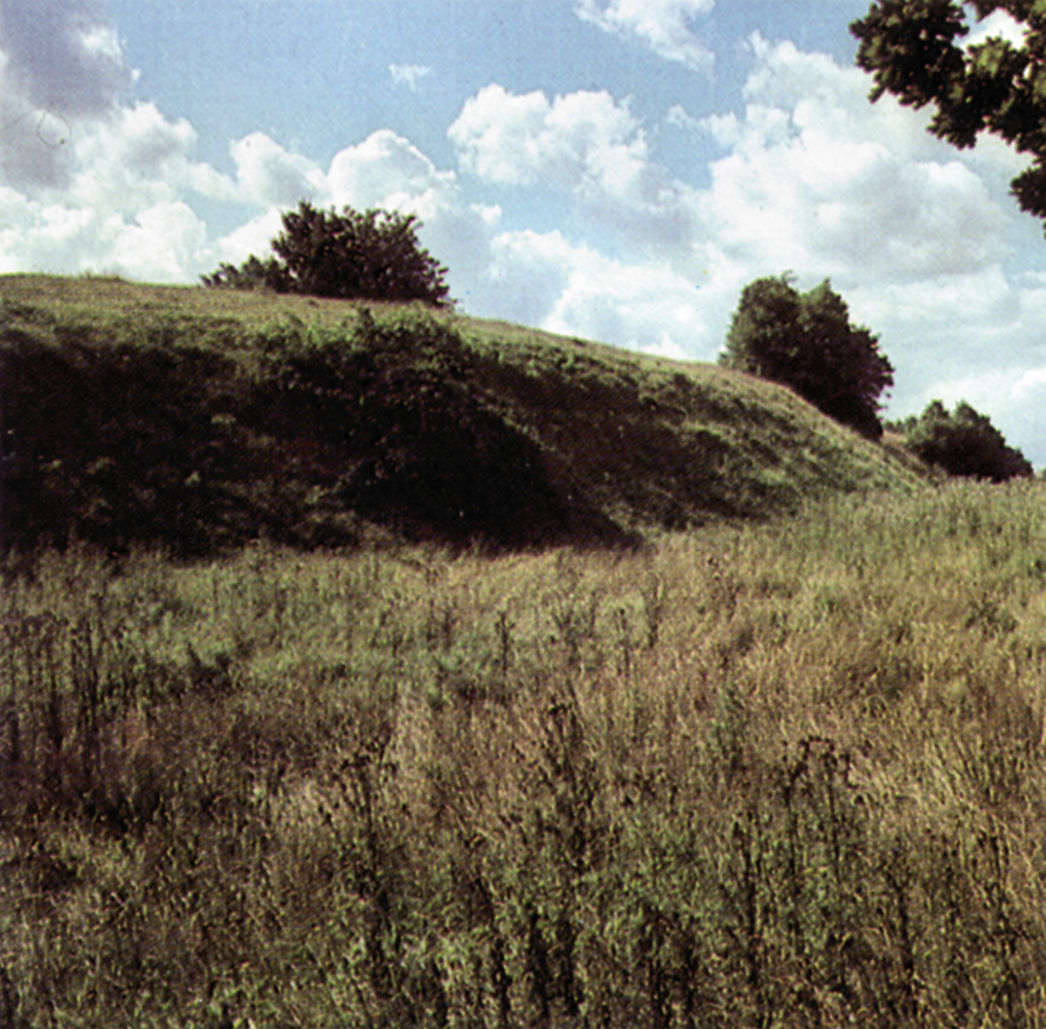 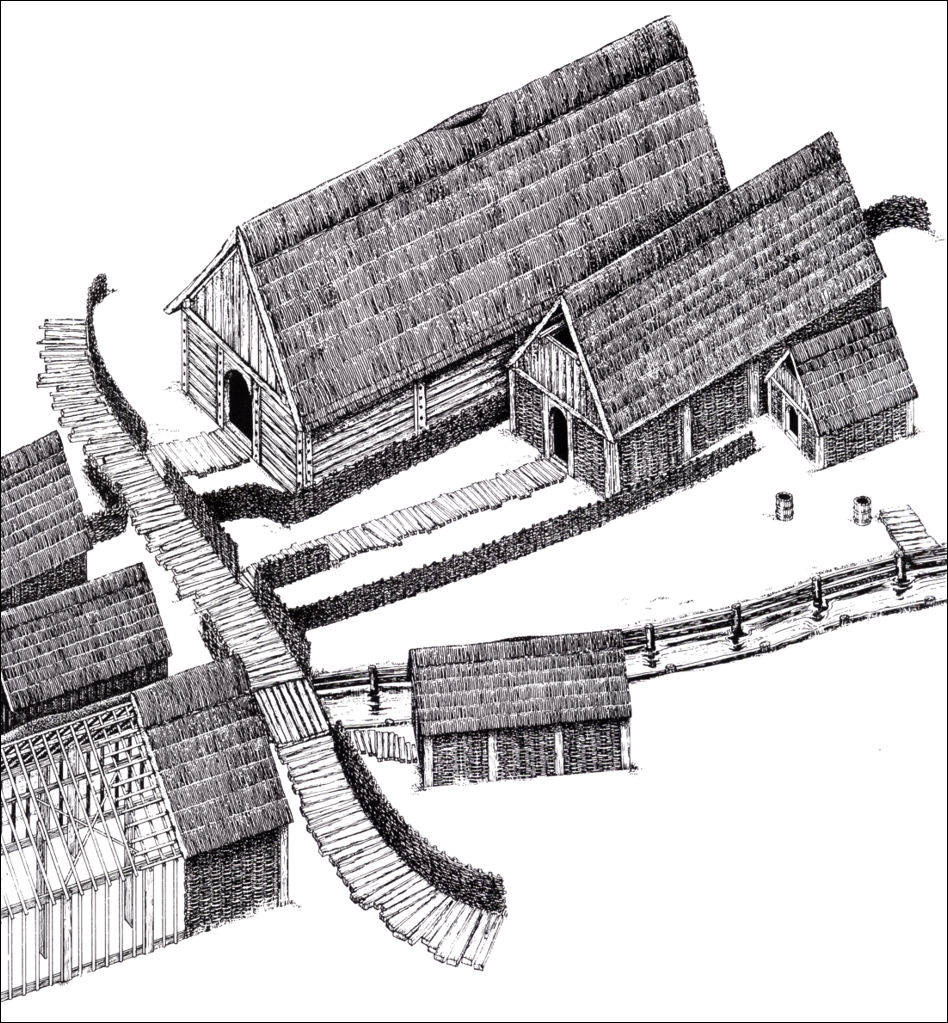 Plan of part of the streets and houses 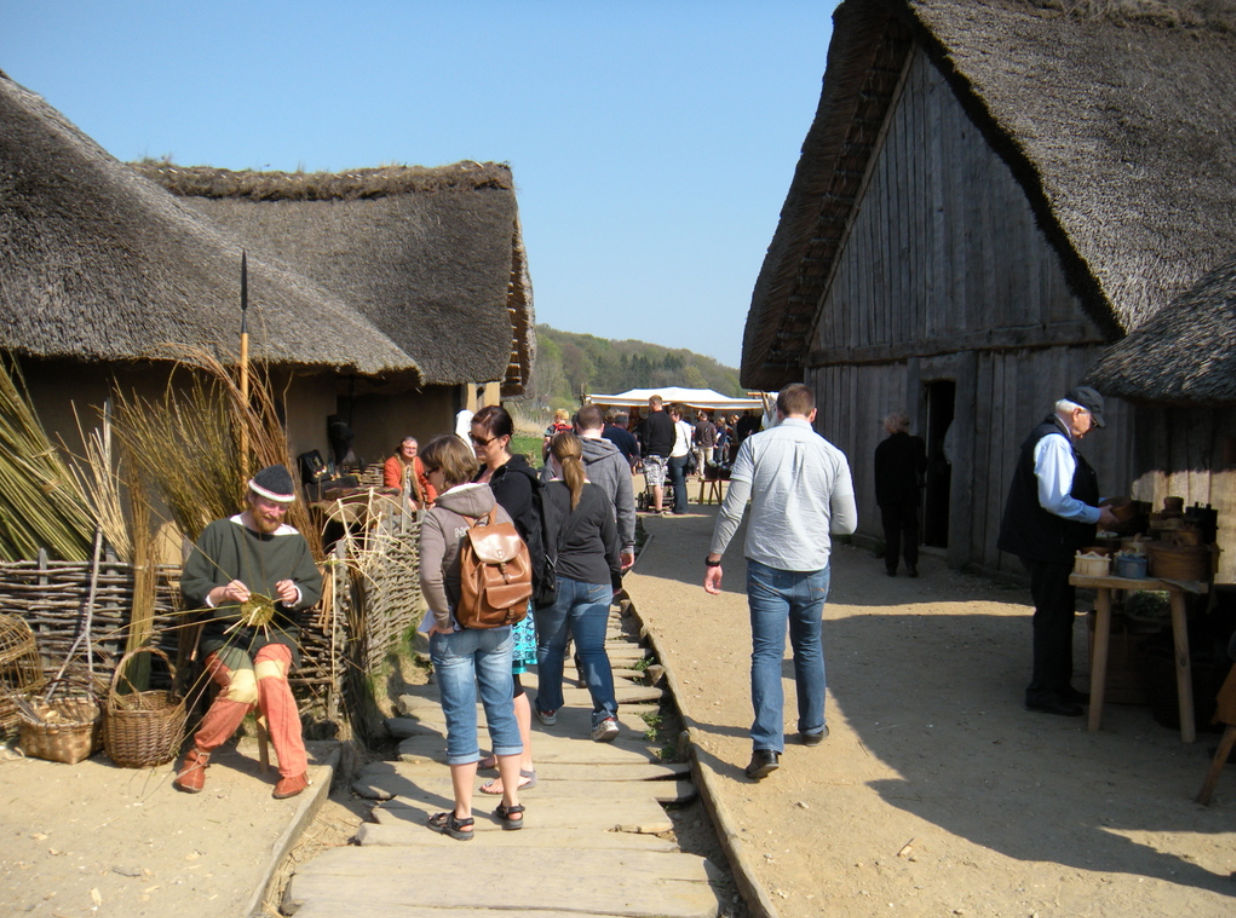 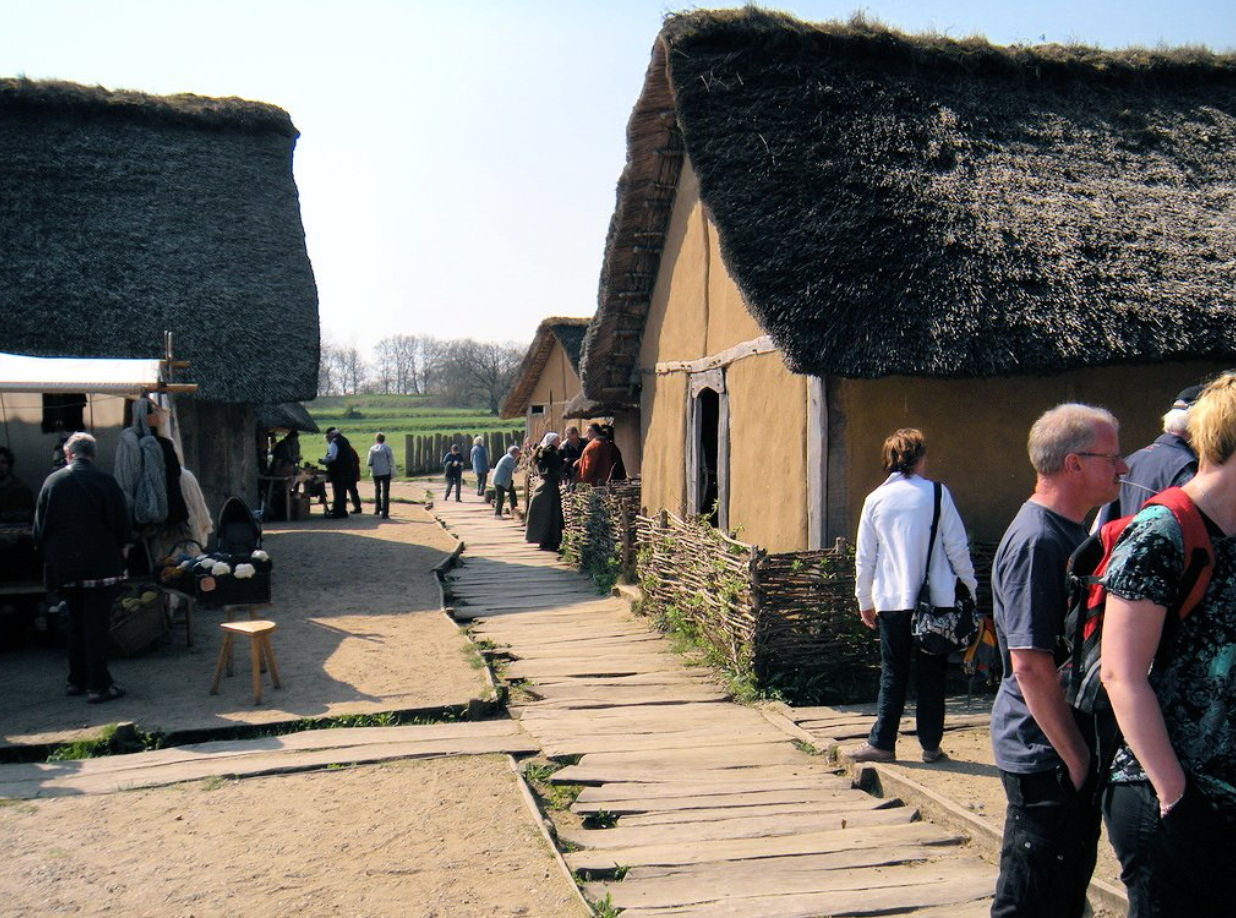 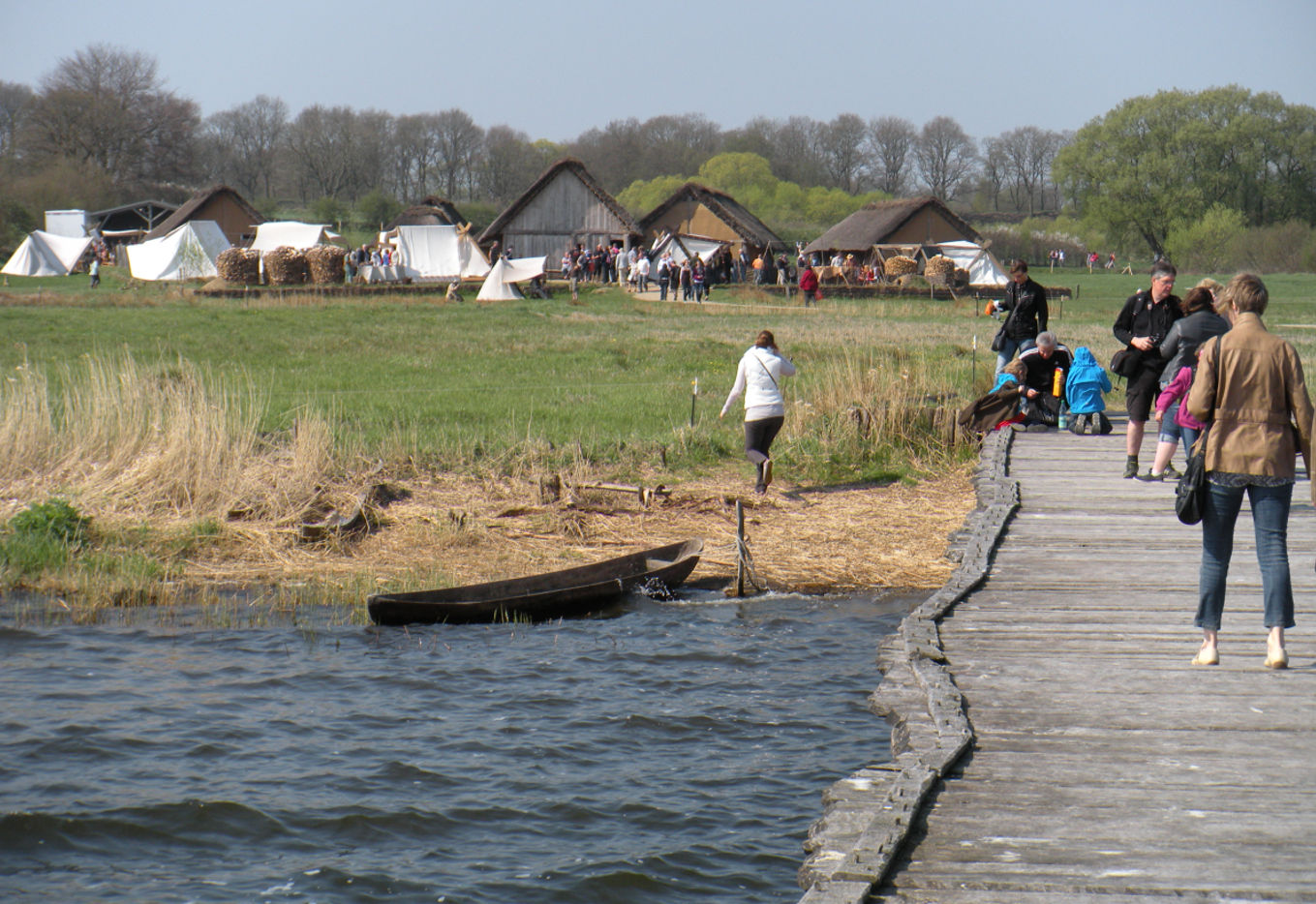 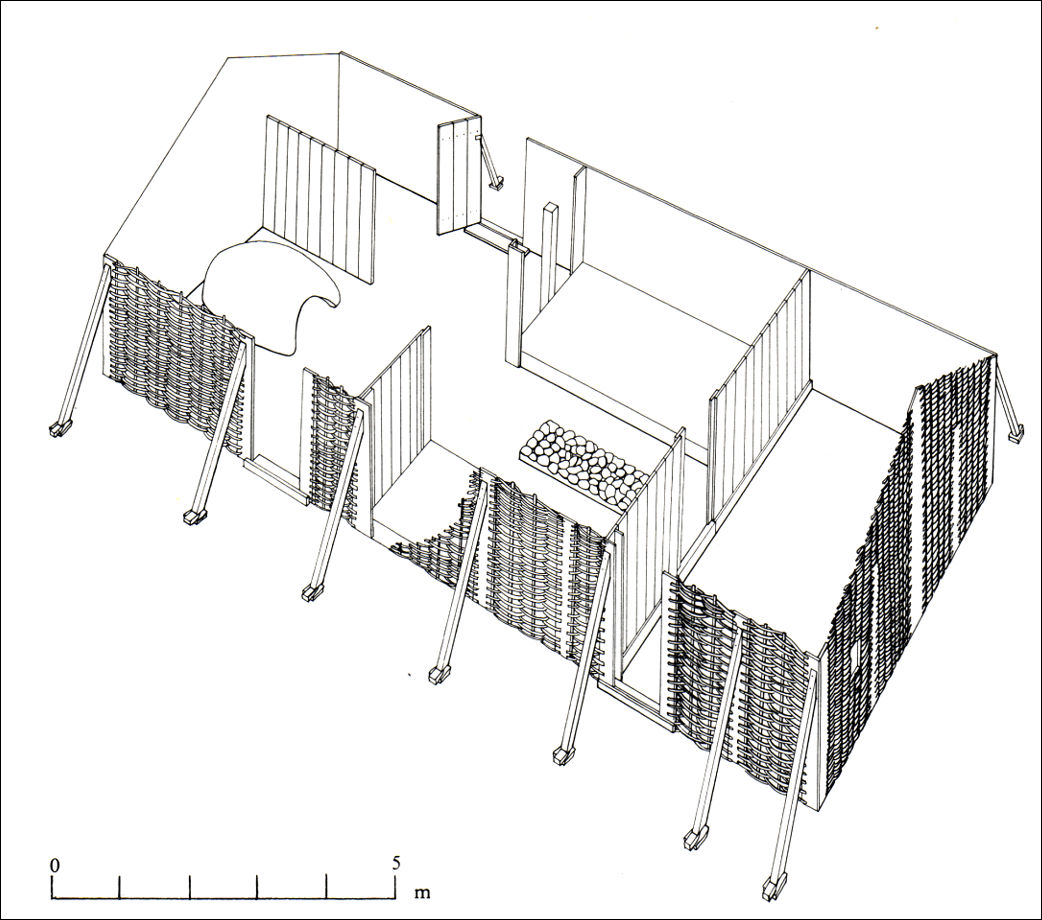 Plan of a house 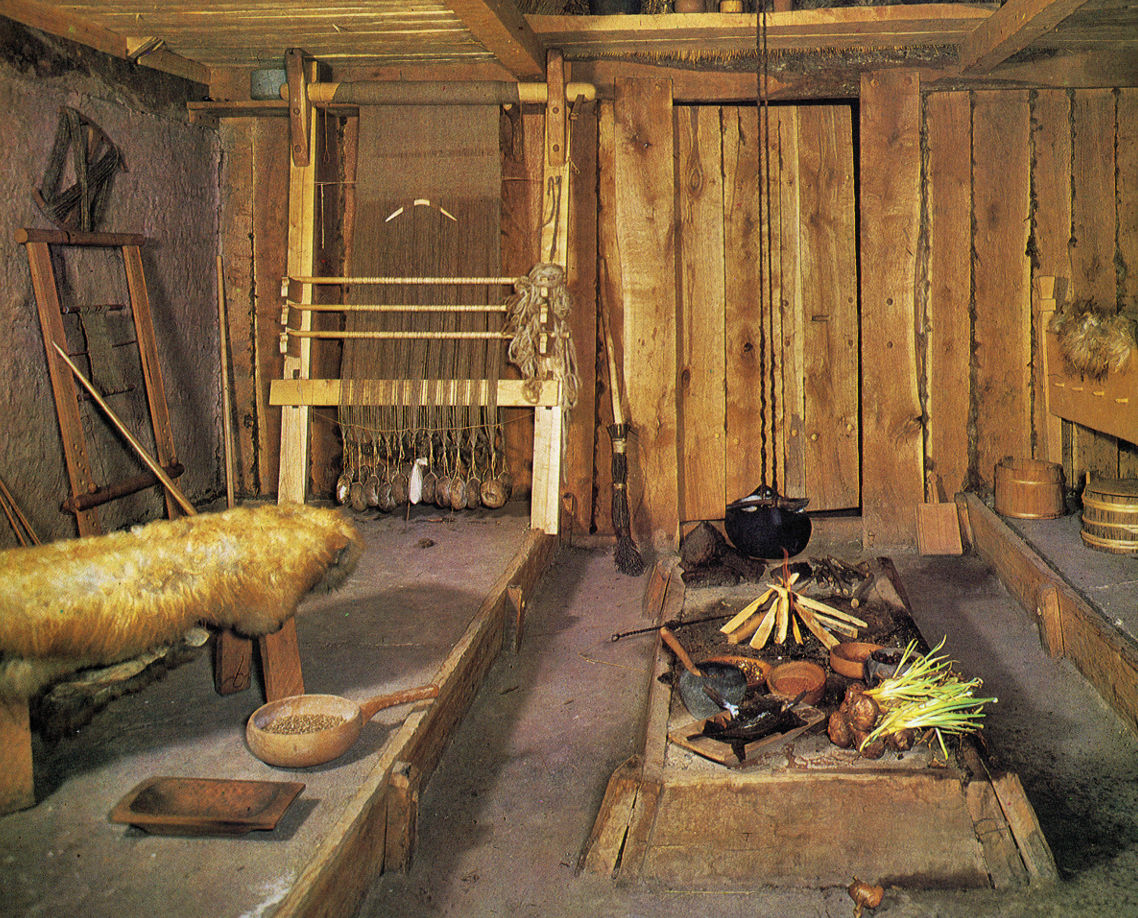 Interior of a reconstructed house