The Viking Overwintering at Torksey

The River Trent and part of the Viking overwintering site of AD 872-3.
Image: Drone Photo by David Beard  (click on the images to enlarge)

A report on work at the Viking winter camp of AD 872-3 at Torksey 1 describes the variety and richness of the finds from this site.

The area of the winter camp lies to the north of Torksey and south of Marton, covering an area of 55 ha. During the winter of 872-3 the site of the Viking camp would have been on an island with the Trent to the west and the other sides surrounded by wet, marshy ground. “A prominent bluff, 5-10 m (15-30 ft) high, overlooked the floodplain, gradually becoming less pronounced towards its northern end, sloping gently down to the east and north-east. Although the highest point is only c.10m (30 ft) higher than the modern village, this is a significant difference in the context of the surrounding landscape. The vantage point offered by the elevated location, combined with access to the Trent, must have made it particularly attractive to the Great Army. Indeed, the clue was always there in the Old English place-name which incorporates a personal name, probably Turoc or Turc, with eg (meaning an island, or dry ground in a wet area. This was Turoc’s or Turc’s island. 2

The area of the camp has long been targeted by metal-detector users, although fortunately many finds have been reported to the Portable Antiquities Scheme. 3 “It is the metalwork, and specifically the coinage, which allows the assemblage to be dated so precisely and confirms Torksey as the site of the Viking winter camp of 872-3. Over 400 early medieval coins have been recovered, including 40 English silver pennies, with a notable concentration from the 860s and the early 870s. This is striking given that on more ‘normal’ Anglo-Saxon sites coin finds of the early 9th century are generally more prolific than those of the middle and later parts of the century. The English silver coins have an end date in the early 870s, and they are likely to have been lost close to their date of production, as there is no evidence for pecking or nicking, a phenomenon that, in England, seems to have emerged later. 4

The coinage at Torksey included 144 silver dirhams, the largest concentration from any site in the British Isles. 5 These dirhams had been cut into pieces, indicating that they had been used as bullion, rather than coinage. 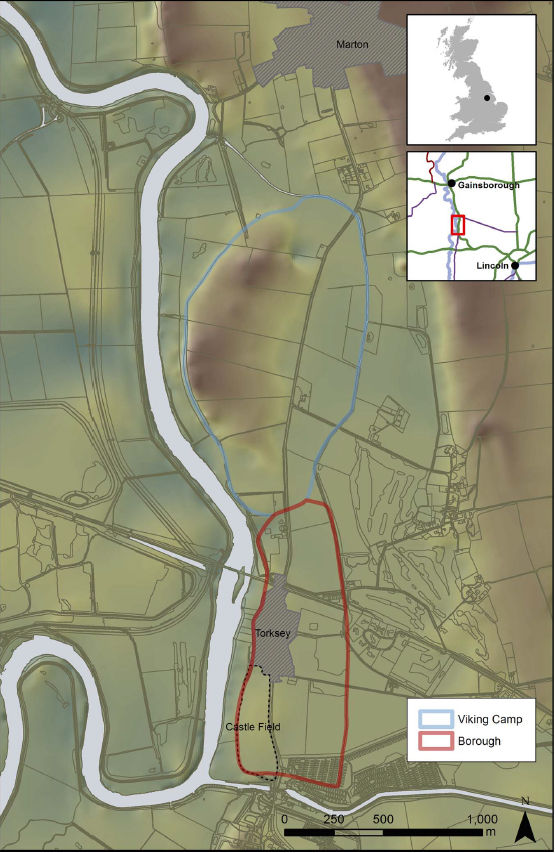 Location of the site
image: The Winter Camp of the Viking Great Army, AD 872-3 fig 2 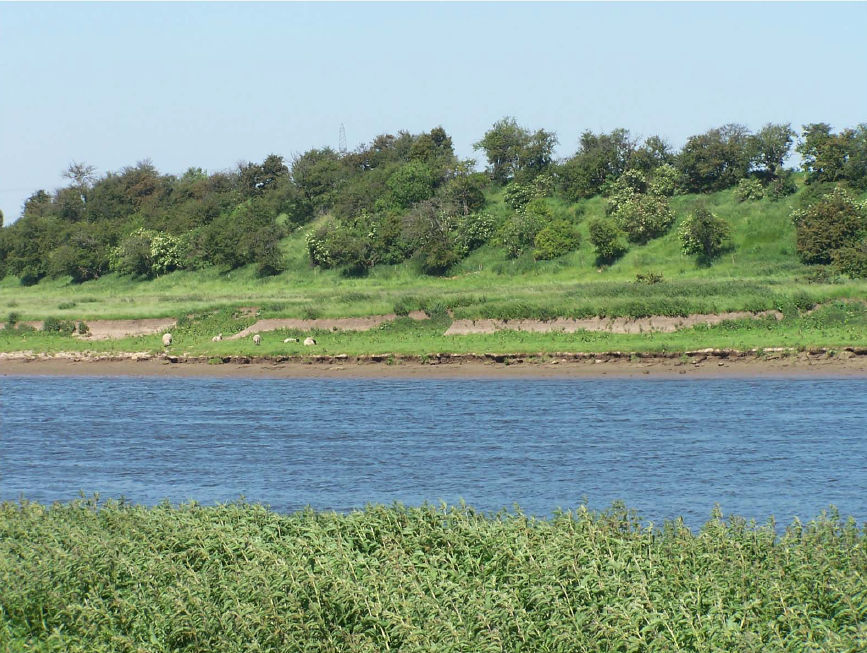 View across the Trent to the winter camp
image: The Winter Camp of the Viking Great Army, AD 872-3 fig 4 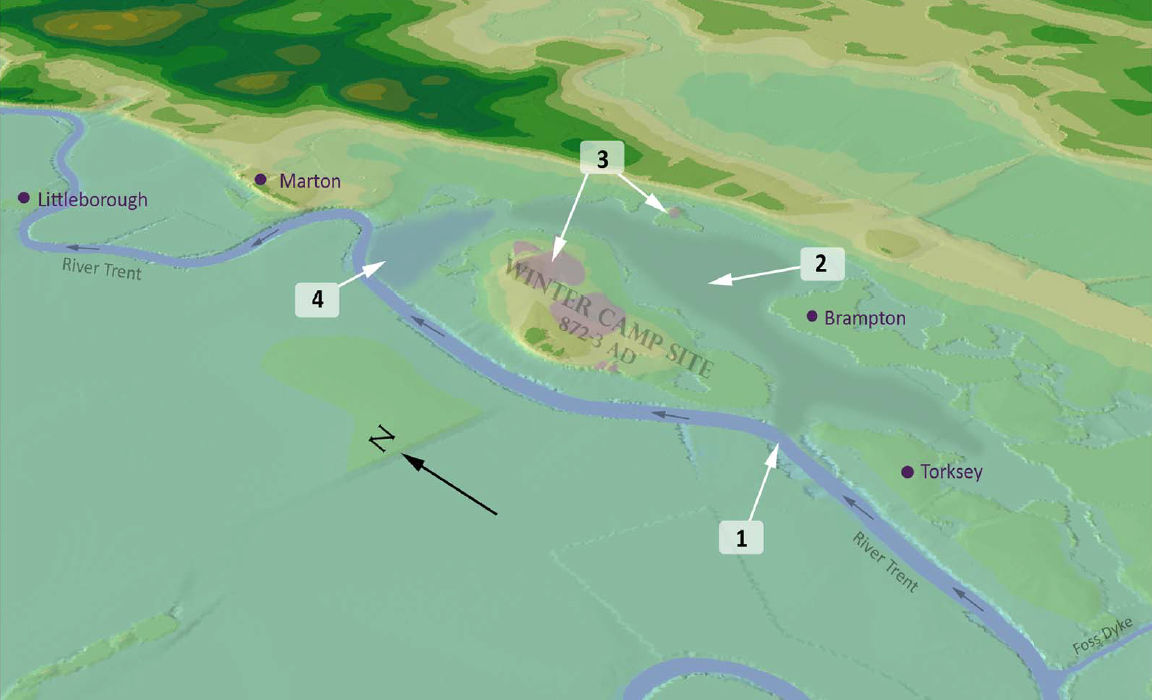 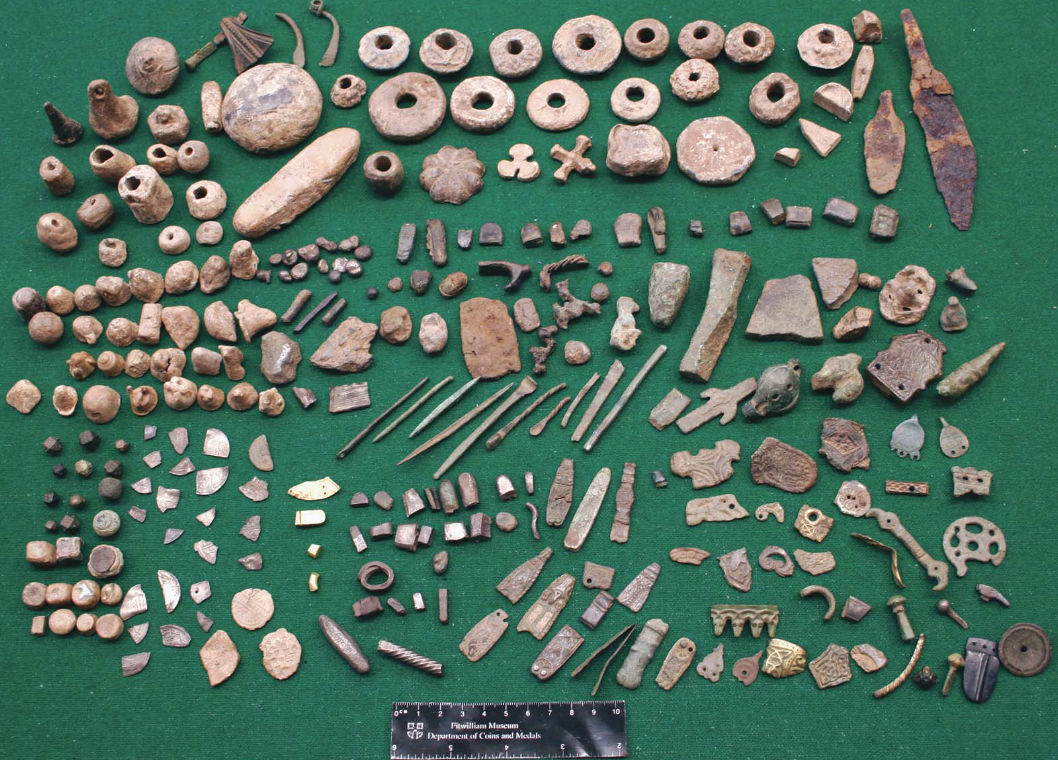 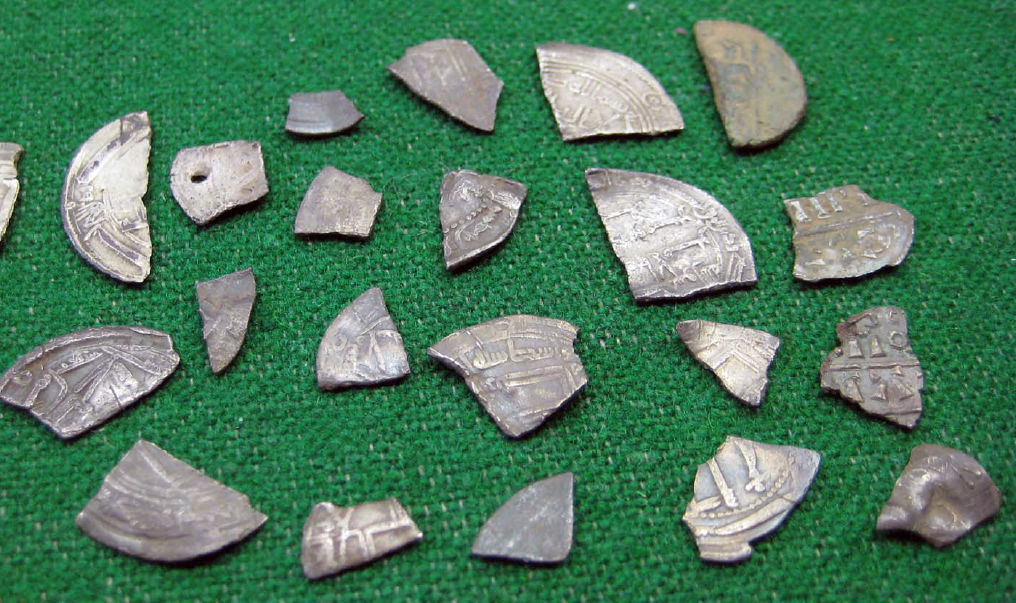 Some of the Islamic dirhams found at Torksey
image: The Winter Camp of the Viking Great Army, AD 872-3 fig 15 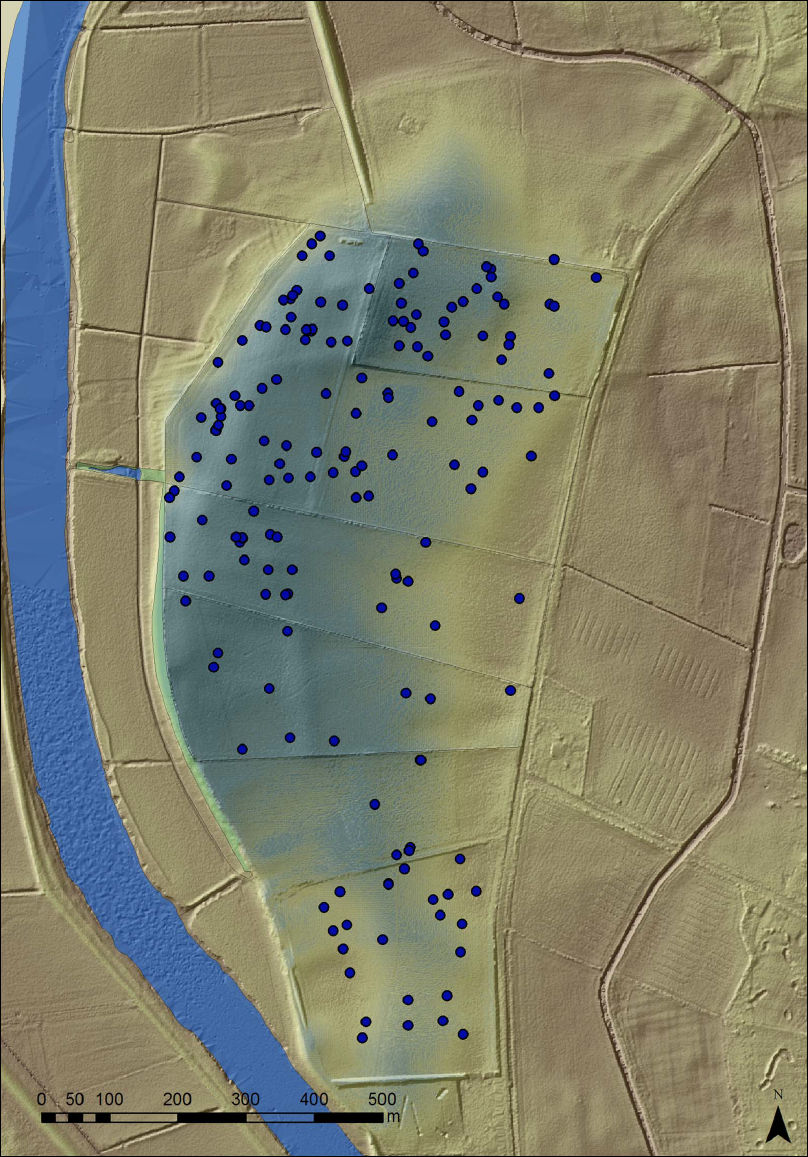 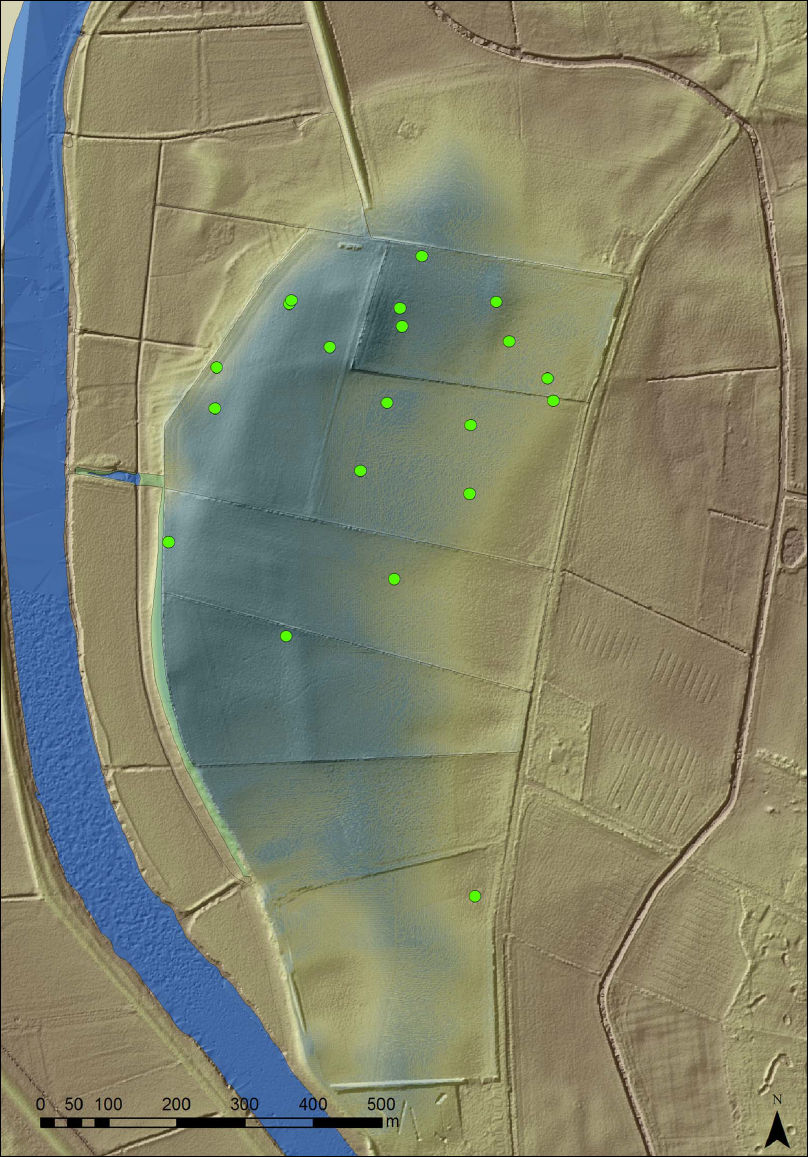